The problem with this rule is that its sending all the ajax requests twice, first request status come 307 and the next is getting cancelled in some browsers. Like in the below screenshot of ajaxRequests: 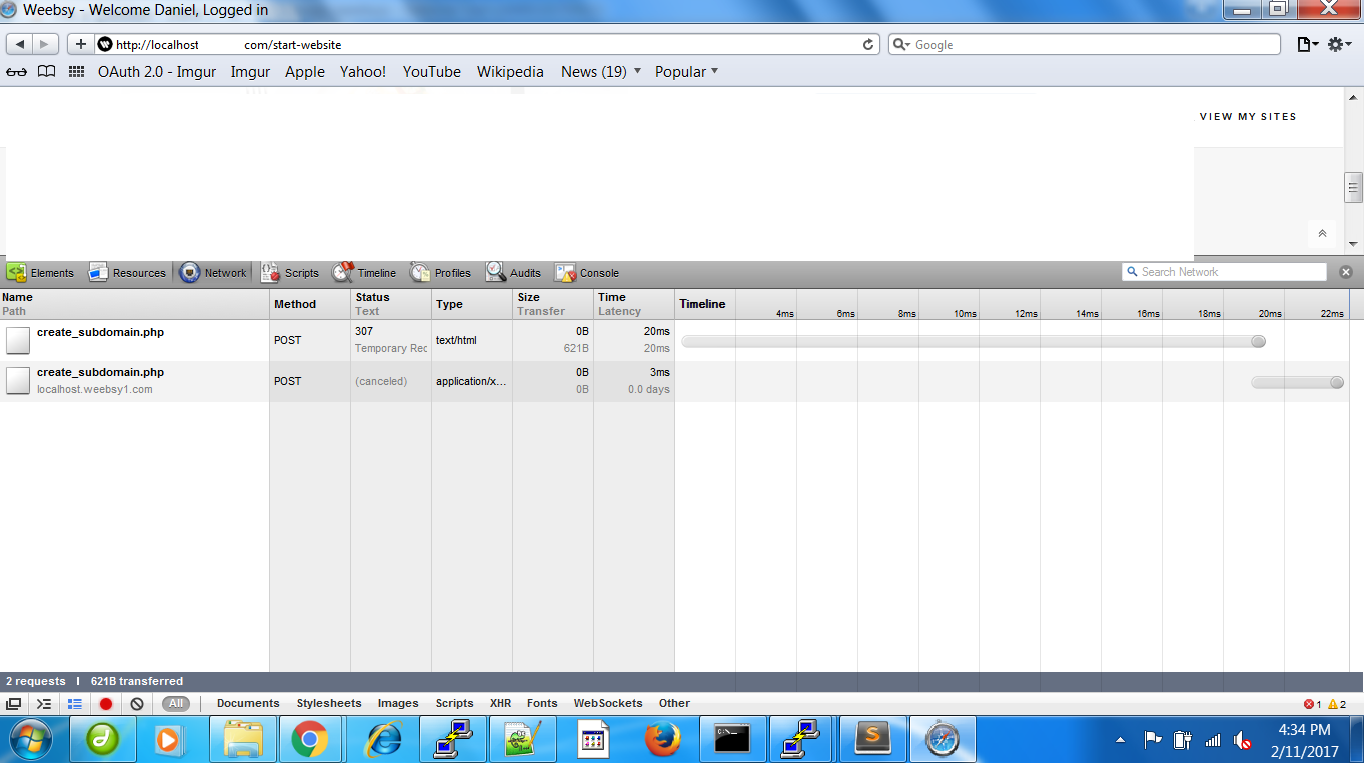 Please help me understand whats going wrong in the rewrite rule. Thanks in advance.

As mentioned in the comments you can use a server internal rewriting in combination with the server side proxy module to prevent that two requests are sent:

If you are using a very old version of the apache http server you may have to replace the END flag with the L flag.

For the above to work some preconditions have to be fulfilled:

An alternative would be to use only the proxy module:

A general hint: you should always prefer to place such rules inside the http servers host configuration instead of using dynamic configuration files (".htaccess"). Those files are notoriously error prone, hard to debug and they really slow down the server. They are only provided as a last option for situations where you do not have control over the host configuration (read: really cheap hosting service providers) or if you have an application that relies on writing its own rewrite rules (which is an obvious security nightmare).

Not the answer you're looking for? Browse other questions tagged php apache mod-rewrite url-rewriting or ask your own question.