Detect when "Inspect Element" is open

Samy Kamkar's website, http://samy.pl, knows when the console is being opened and wipes the source/console when it does open. 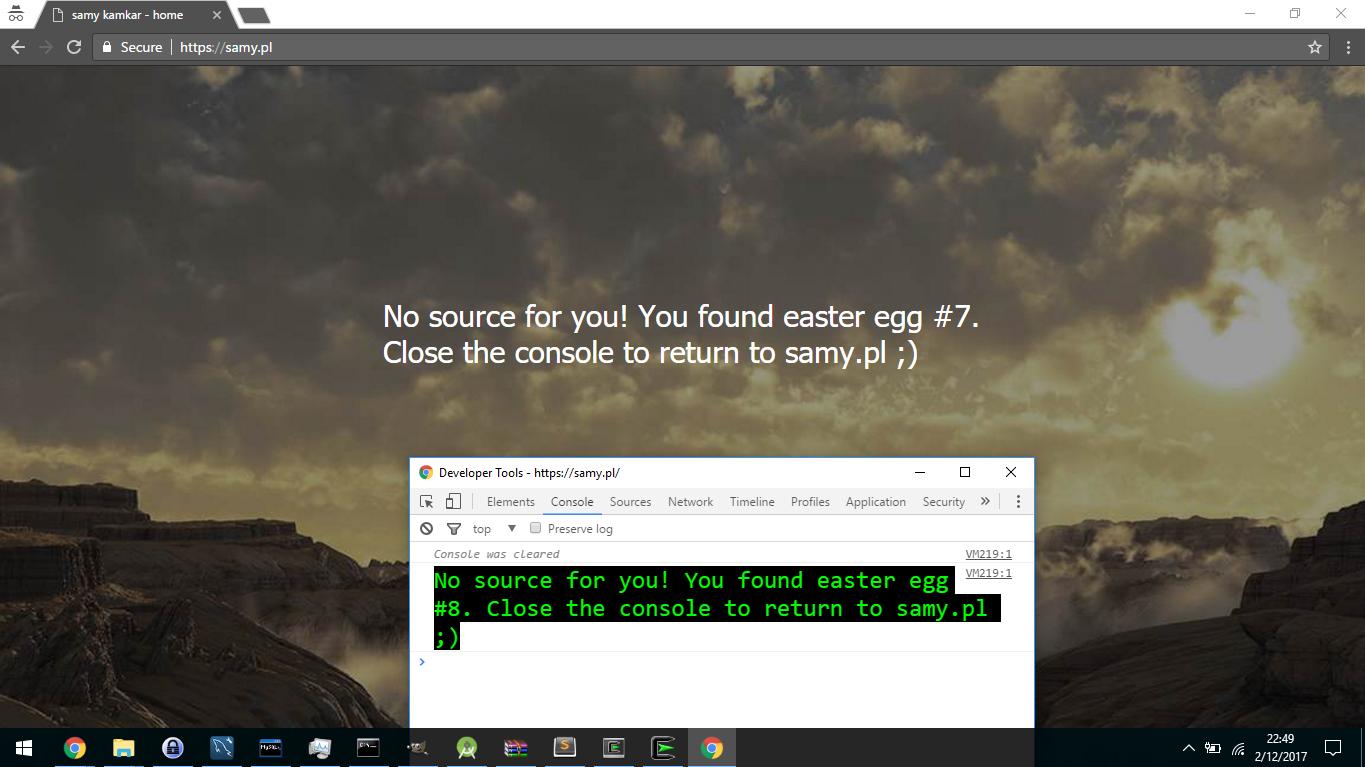 How does this work?

This took some digging. samy.pl has several levels of indirection and obfuscation on top of this code. It uses a different version of the detection code than the GitHub repository found by JohanP. The code in samy.pl, unlike the GitHub repository, can detect the devtools when they are not docked.

It does so by using a short script that executes differently depending on whether devtools is open or closed.

Here's a self-contained example; open it in a browser and notice how the output changes as the devtools are opened and closed (whether it is docked or not):

In the process of writing element to the console, it gets the id of the element. That calls the function attached with __defineGetter__. Therefore, console.log(element) only calls that function when the devtools are open and console.log is not a no-op. The flag is set in that function, giving us an updated view of the devtools state every second.

samy.pl uses some additional tricks to hide this: the console is also cleared every second, and this code is obfuscated with a whitespace (!) encoding.

19
Detect if console/devtools is open in all browsers
12
How do I able to see the source code of this website www.samy.pl?
-2
What is the best way to freeze/lag a computer with JS
0
Avoid DevTools menu

2718
How do I detect a click outside an element?
8212
How do I check if an element is hidden in jQuery?
2519
Set a default parameter value for a JavaScript function
8008
What does "use strict" do in JavaScript, and what is the reasoning behind it?
2817
Storing Objects in HTML5 localStorage
2411
.prop() vs .attr()
2007
How does data binding work in AngularJS?
2889
Why does my JavaScript code receive a "No 'Access-Control-Allow-Origin' header is present on the requested resource" error, while Postman does not?
1748
How does Facebook disable the browser's integrated Developer Tools?
2988
Is it possible to apply CSS to half of a character?