New application will use ASP.Net MVC but I am not clear on newer version of iText component.

In NuGet repository there is iTextSharp 5.5.10 (by Bruno Lowagie et al) and iText 7.0.1 (by iText software). What is the relationship/difference between these two packages (both have been updated recently)?

What is recommended for new development?

iText 7.x is the latest version of the library, and the comparison breaks down as follows as detailed in iText's changelog :

As you can tell from the historical overview, iTextSharp has always been kept in sync with iText, but before version 5, there was a difference in version numbers. Starting with version 7, the name iTextSharp is no longer used in favor of using the name iText.

You can see a functionality comparison chart of the both iText and iTextSharp products below : 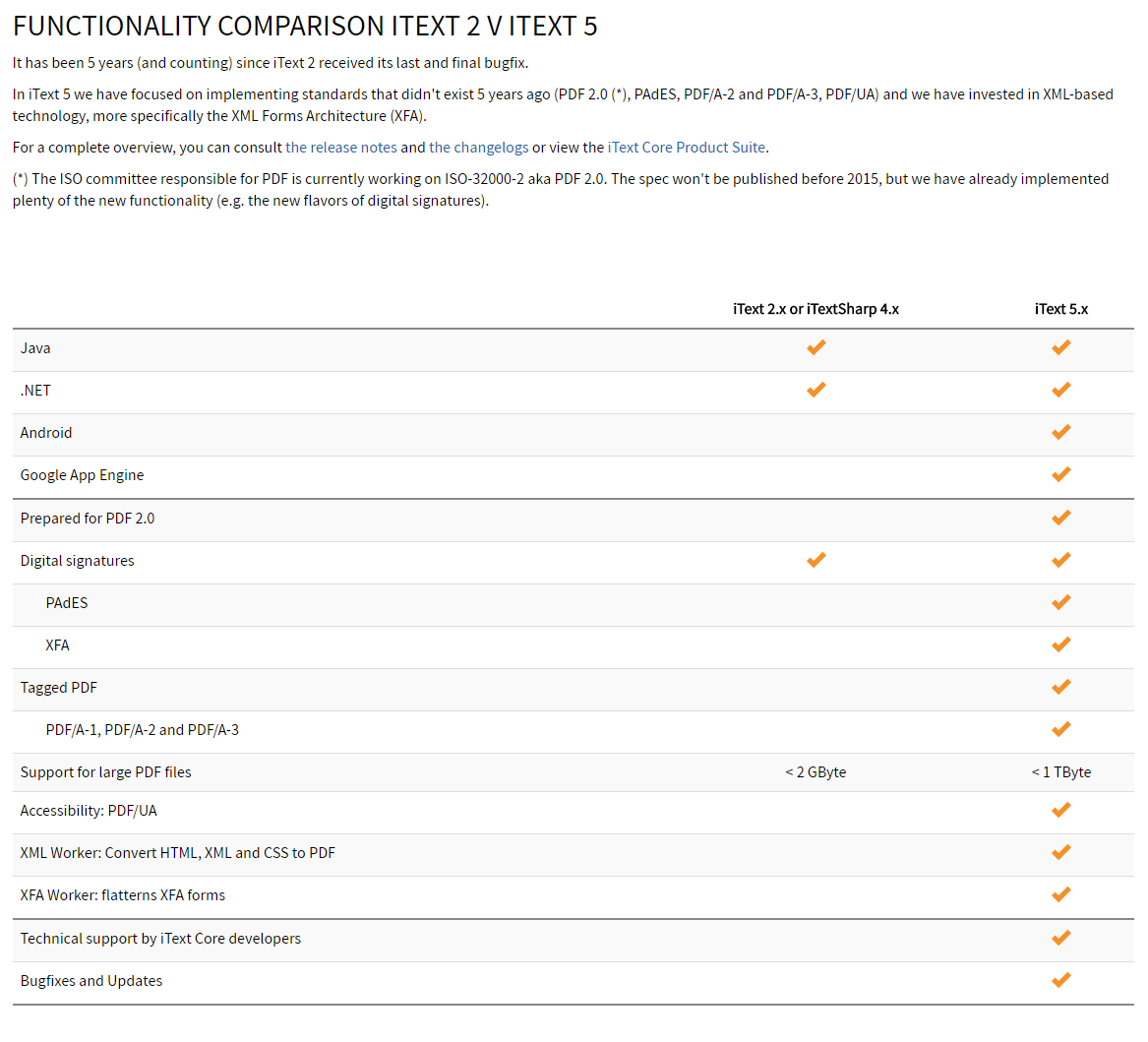 iText 7.x appears to be a complete "from scratch" re-write of iText 5.x in order to make it more modular, configurable, and extensible.

You can find a blog post here that details many of the changes between iText 5.x and iText 7.x.

Not the answer you're looking for? Browse other questions tagged asp.net itext or ask your own question.

4
Signing a PDF with iTextSharp
0
Copying fields in iTextSharp 5.4.5.0
0
how to use very old iText(under 0.99) to create bookmarks / outlines?
0
ItextPDF Adding Headers and Footers Complex Format
1
iText or iTextSharp： when i use the ‘PdfStamper’ , target file use adobe.reader Verify signature failure
0
“Re-paginate” PDF using iText