Collision with shapes other than rectangles..?

I'm so used to working just with rectangles for collision detection that I'm a bit stumped right now. I'm working with diamond-like shapes, and for the past few hours, have been trying to figure out how to check for collision.

I tried checking to see if the first objects four points are inside the points of the second object, but that just makes a box (I think)

The reason why I feel like I'm having difficulty with this is because of the angles. 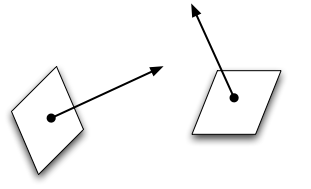 Your first step should be to transform the problem to an equivalent one in which one of the polygons is stationary: 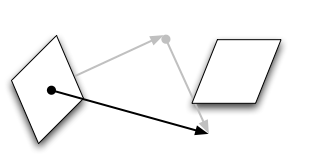 Then you can transform the moving polygon into a "shaft" that covers the area swept by the moving polygon. This is straightforward to do: if the original polygon has n sides, then the shaft has n + 2 sides, with the extra two sides being the same length and direction as the movement vector. You find where to insert these new sides by sorting the vertices according to their component that's orthogonal to the movement vector, and inserting new sides at the maxima. 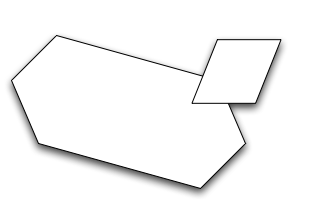 Now you've reduced the problem to static polygon against static polygon. Taking a look at the handy table of collision algorithms courtesy of realtimerendering.com, and following the references, we can see that we need to use the separating axis test, for example as described in section 3 of this paper by David Eberly.

In two dimensions, two convex polygons fail to intersect if we can find a separating axis, a line such that one polygon falls on one side of the line, and the other polygon on the other: 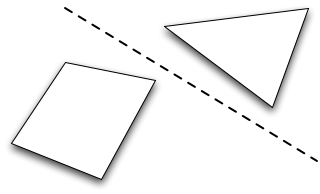 If we are given a direction, we can easily discover if there exists a separating axis that runs in that direction, by projecting the two polygons onto a line running perpendicular to that direction, and looking to see whether the projections are disjoint: 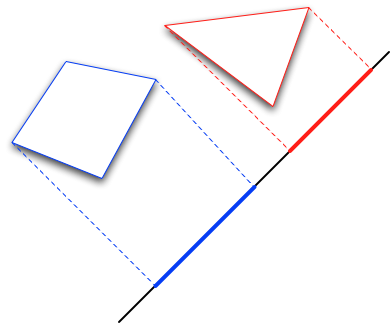 There are lots of refinements and optimizations you can make, certainly not limited to these:

But don't worry too much about optimizing: get it right first in the confidence that you'll be able to speed it up later.

518
How do you detect where two line segments intersect?
30
Find whether two triangles intersect or not
0
Collision handling with Rotated Rectangles