I have two images, one with only background and the other with background + detectable object (in my case its a car). Below are the images

I am trying to remove the background such that I only have car in the resulting image. Following is the code that with which I am trying to get the desired results

The resulting image by subtracting the two images is 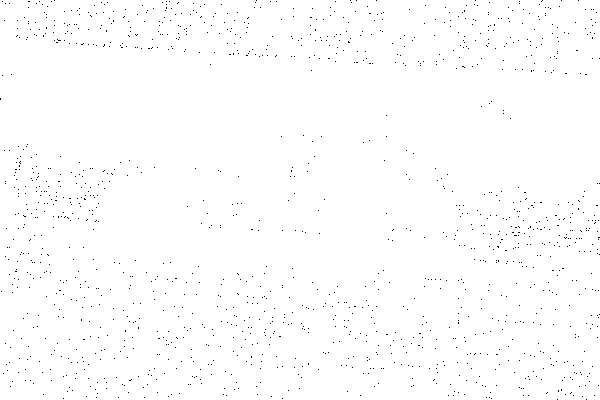 Here is the problem. The expected resulting image should be a car only. Also, If you take a deep look in the two images, you'll see that they are not exactly same that is, the camera moved a little so background had been disturbed a little. My question is that with these two images how can I subtract the background. I do not want to use grabCut or backgroundSubtractorMOG algorithm right now because I do not know right now whats going on inside those algorithms. 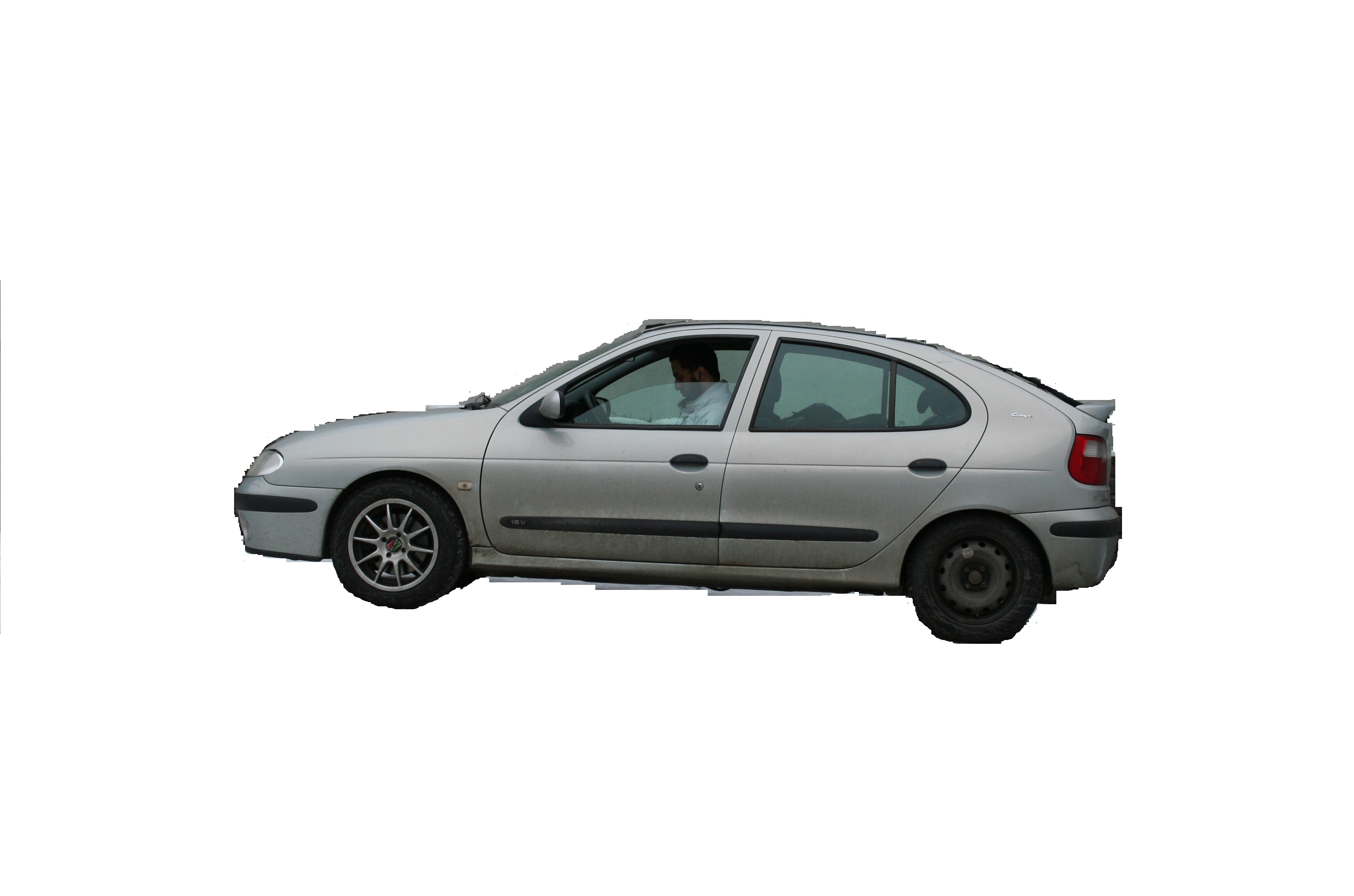 Also if possible, please guide me with a general way of doing this not only in this specific case that is, I have a background in one image and background+object in the second image. What could be the best possible way of doing this. Sorry for such a long question.

I solved your problem using the OpenCV's watershed algorithm. You can find the theory and examples of watershed here.

First I selected several points (markers) to dictate where is the object I want to keep, and where is the background. This step is manual, and can vary a lot from image to image. Also, it requires some repetition until you get the desired result. I suggest using a tool to get the pixel coordinates. Then I created an empty integer array of zeros, with the size of the car image. And then I assigned some values (1:background, [255,192,128,64]:car_parts) to pixels at marker positions.

NOTE: When I downloaded your image I had to crop it to get the one with the car. After cropping, the image has size of 400x601. This may not be what the size of the image you have, so the markers will be off.

Afterwards I used the watershed algorithm. The 1st input is your image and 2nd input is the marker image (zero everywhere except at marker positions). The result is shown in the image below. 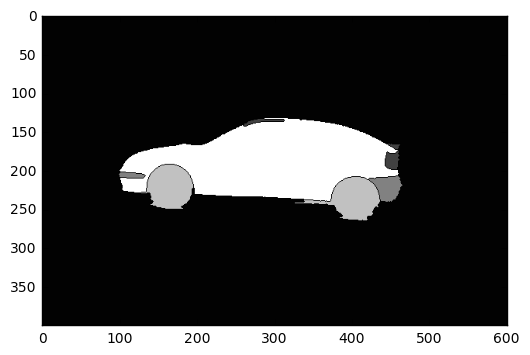 I set all pixels with value greater than 1 to 255 (the car), and the rest (background) to zero. Then I dilated the obtained image with a 3x3 kernel to avoid losing information on the outline of the car. Finally, I used the dilated image as a mask for the original image, using the cv2.bitwise_and() function, and the result lies in the following image: 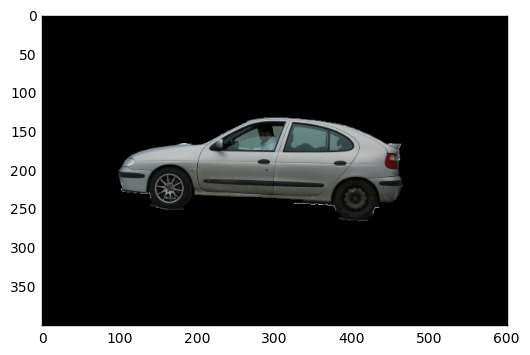 If you have a lot of images you will probably need to create a tool to annotate the markers graphically, or even an algorithm to find markers automatically.

The problem is that you're subtracting arrays of unsigned 8 bit integers. This operation can overflow.

Since you're using OpenCV, the simplest way to achieve your goal is to use cv2.absdiff().

I recommend using OpenCV's grabcut algorithm. You first draw a few lines on the foreground and background, and keep doing this until your foreground is sufficiently separated from the background. It is covered here: https://docs.opencv.org/trunk/d8/d83/tutorial_py_grabcut.html as well as in this video: https://www.youtube.com/watch?v=kAwxLTDDAwU

Not the answer you're looking for? Browse other questions tagged python image opencv numpy image-processing or ask your own question.

64
How do I remove the background from this kind of image?
3
OpenCV : Remove background of an image
1
How to convert a targeting code in python to kotlin?
-1
Remove Background image opencv
0
Problem in image segmentation using watershed on android
0
Using opencv to plot a path in a maze via Pi camera

1546
What's the canonical way to check for type in Python?
3412
How to get the current time in Python
842
Changing the image source using jQuery
1468
What is the Python 3 equivalent of "python -m SimpleHTTPServer"
2364
How can I remove a key from a Python dictionary?
1
Subtracting Background From Image using Opencv in Python
3
openCV: cannot detect small shapes using findContours