If OpenID “is dead”, what is out there to take its place? [closed]

Ask Question
Asked 10 years, 5 months ago
Active 7 years ago
Viewed 6k times
13
As it currently stands, this question is not a good fit for our Q&A format. We expect answers to be supported by facts, references, or expertise, but this question will likely solicit debate, arguments, polling, or extended discussion. If you feel that this question can be improved and possibly reopened, visit the help center for guidance.
Closed 10 years ago. 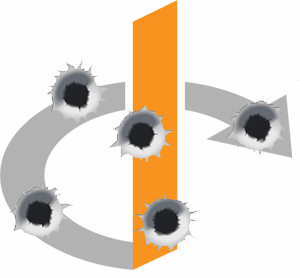 If this were true (I'm not saying it is), what other options are there for universal sign-in (similar to OpenID)?

I'm currently involved in a pretty good sized project, and it's public facing log-ins are completely OpenID driven (Using DotNetOpenAuth). If this is going to be too challenging for users (as per the comments made around Scott's original tweet), I'm going to need to know of some GOOD alternative solutions... if there even is one.

Any information would be appreciated.

To clarify and rephrase. I'm not trying to launch a debate on "WHAT IS THE NEXT BIG THING"... I'm simply asking "What is there to take the place of OpenID, should it be dead". I'm also NOT saying that I think OpenID is dead, but merely asking the question based on a comment made by a well respected developer.

As @marc pointed out in a comment. There is a pretty good rant/blog post by Rob Conery titled Open ID Is A Nightmare where the Rob makes some pretty compelling arguments as to why OpenID is not desirable. I have to agree that I don't want to be wasting a large amount of time recovering accounts for my users, my time is better spent in other places.

So back to the original question. What is there for alternatives? Is there a better "standard" out there that is "open" yet doesn't fall apart if a provider decides to change something? (changing API's or encryption logic for example)... but also one that can span across multiple providers and still recognize a single user?

In my thoroughly subjective personal opinion, OpenID is not dead precisely because there is nothing there to take its place.

My fear is that it is going to be replaced with a proprietary technology like Facebook Login, Yahoo! ID, Live ID, etc., which would leave people like me who don't want all their sensitive information shipped off to a country with frankly less-than-third-world-level privacy standards unable to login.

The fact is that if Open ID dies it will be because it's perceived as confusing for users.

That being the case, the replacement is clearly just custom logins -- it's way easier for all those poor confused users to just use the same password on every site ;-)

Amusingly enough, I think the difficulty is mostly because websites keep presenting users with 65 different buttons for every OpenID provider they know of instead of just asking them to remember a URL. Oh well.

You can go create your own at http://foaf.me

You can see what one looks like by looking at mine here http://foaf.me/darrelmiller

Not the answer you're looking for? Browse other questions tagged openid single-sign-on or ask your own question.

105
Good Free Alternative To MS Access
21
OAuth? ,OpenID? Neither? Which one should my site support?
4
Alternatives to .NET provided apis regarding uris and urls

17
What would it take to make OpenID mainstream?
51
What is the benefit of using ONLY OpenID authentication on a site?
13
What is the fate of OpenID?
57
What reasons are there NOT to use OpenID?
5
What have people done to improve the OpenID user experience, particularly as a relying party?
3
Whats a good database Schema for Forms auth with OpenId?
2
Should I roll my own OpenID provider, or is there a better way?
159
What is the difference between OpenID and SAML?
2
Is there a good ASP.NET package to implement StackExchange-style authentication and profiles