Generate a grid of adjacent points, do not use the line() function (Processing)

I am trying to generate a grid (that is, a number of crossing horizontal and vertical lines) made up of adjacent points (but altering the spacing between the point) and not by using the line() function.

I would love to have this grid below (not the color) Can someone tell me where I am making the mistakes? 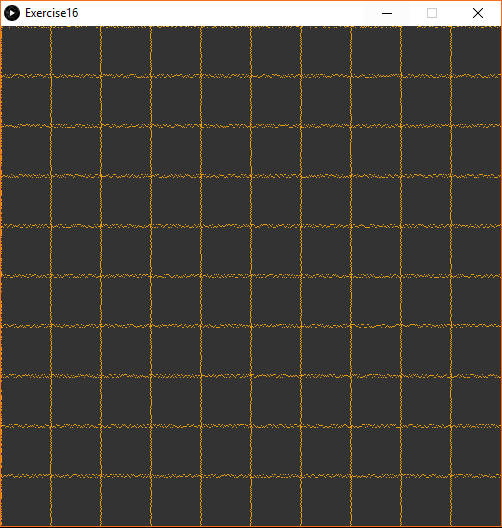 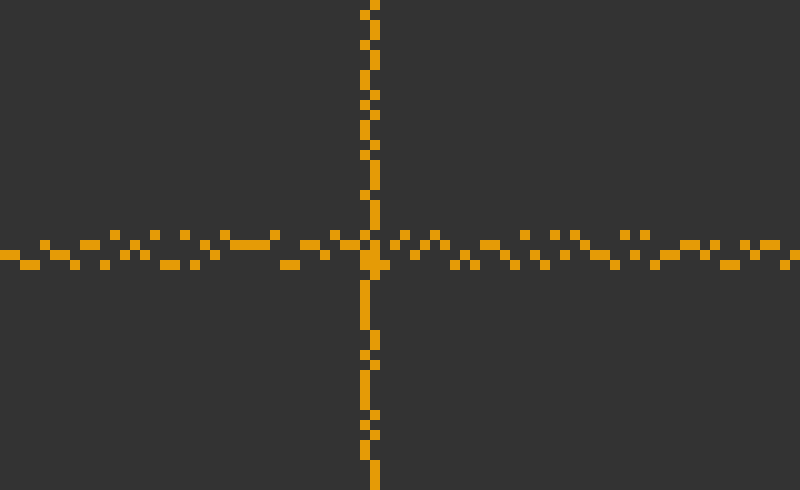 Thanks for improving your question. This is much easier to answer than before!

The first step you should get into the habit of doing is describing exactly what your goal is. You've posted a picture, and that's great, but what exactly is happening in that picture? Can you describe exactly what's different about that picture from what happens in your code? Try writing out a series of steps, in English, that would create a picture like that. When you have those steps, it'll be much easier to start thinking about code.

I would say that the line looks like each point has a random fluctuation added to it. So the steps might be:

Now that you've got those steps, you can start thinking about code.

Okay, so you've got two nested for loops. The first one draws the vertical lines, and the second one draws the horizontal lines. Let's focus on one at a time. I'm going to change the variable names so it's a little clearer.

There are three ways you can approach the problem:

Let's go with the random approach, and just add a random value to every point:

The only thing that's changing is this line:

Now we're adding a random value between -2 and 2 to the x value of the coordinate. This will result in random left and right fluctuations to your vertical lines.

You could do the same thing to your horizontal lines:

This results in an image that looks like this: 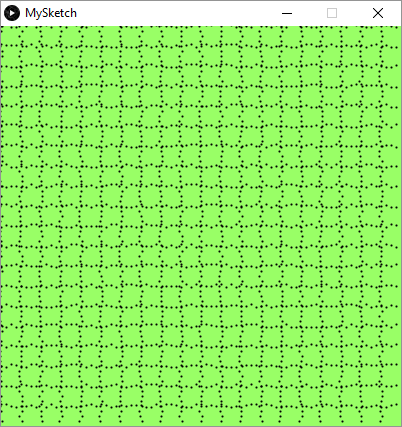 You might have to play with the spacing of your dots to make it look exactly the way you want, but this should get you started. And the above process of describing the problem in more detail and then breaking it down into smaller steps should help you with future problems.

Not the answer you're looking for? Browse other questions tagged function random floating-point processing point or ask your own question.