Updating an array element in javascript, splice push vs gets the value?

I have here two ways on how to update array element.

I am not sure which one is much efficient like faster or less memory usage. Any advice is very much appreciated thank you.

splice can be fairly expensive I ran some jsPerf tests and added another example https://jsperf.com/slice-push-vs-direct-update/1 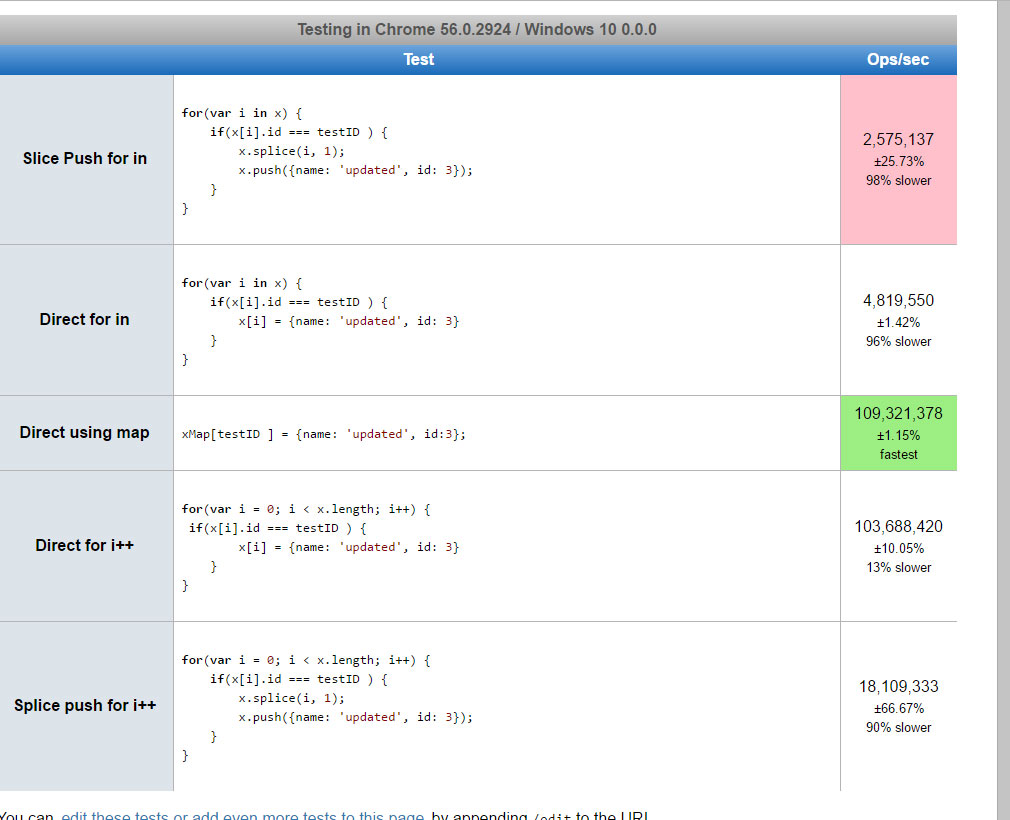 The slowest by far was splice - directly updating via iteration is about 2x as fast than slice, but creating an object map then directly accessing is the fastest by far!

My third test and the fastest option was this:

My option is less memory efficient but MUCH faster - the map may however need to be updated if you're updating the data with new objects.

Update: Changing to a for(var i=0; i < x.length; i++){} style loop makes things a LOT faster on Chrome! Splice is still slow but but the direct update comes to within 13% of the map.

Worth noting though that as data size increases these will also probably change so it may be worth while testing a data set of similar size to that you'll expect at the largest then benchmark that a little :)

Not the answer you're looking for? Browse other questions tagged javascript arrays or ask your own question.