I'm trying out Jupyter console for the first time, but can't get the %matplotlib inline magic to work. Below is a screenshot of an example session: 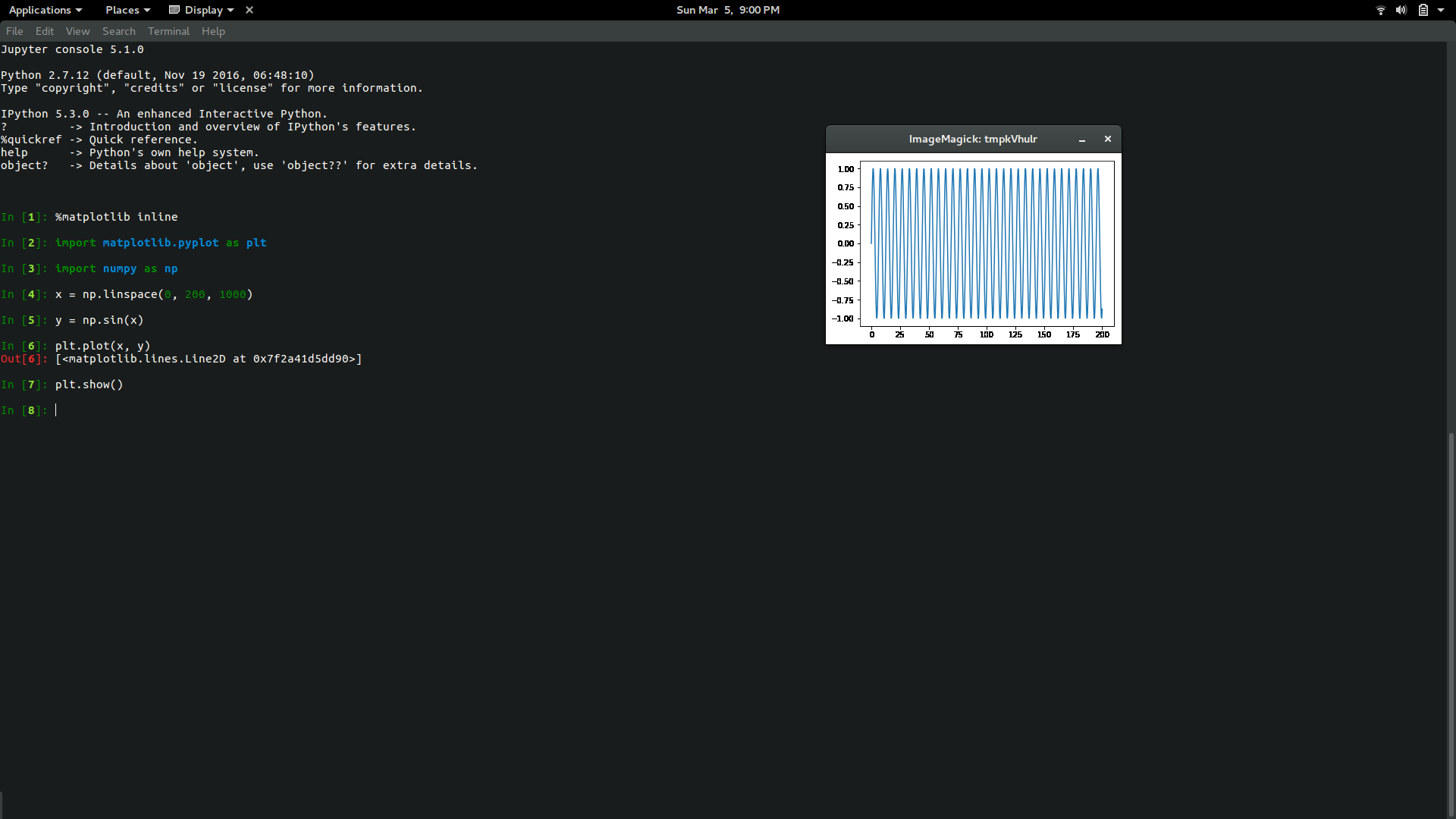 The plot shows in a separate window after I run Line 6, and Line 7 doesn't do anything.

When I run %matplotlib --list, inline is given as one of the options:

When I try to use another backend, say qt5, it gives an error message because I don't have any Qt installed.

But I don't know if it's something I can tweak around to solve my issue.

When I try it the magic IPython console, it says inline is an Unknown Backend.

I've also found this issue on github after some googling but I don't even know if it's relevant to my situation (most of their conversation didn't make sense to me lol).

Lastly, I'm not sure if this issue is related at all, but here it is, just in case: when I try to open Vim in Jupyter via the !vim command, it glitches pretty badly, preventing me from even exiting out of Jupyter itself without closing the terminal altogther. Vim works perfectly fine when called inside IPython console, however.

If anyone could help me figure this out, that'd be great! Thank you!

You’re running a console which is completely text based and incapable of showing images. Therefore, although inline is available, it's not producing inline output.

I'm not sure why it doesn't throw an error, though, which it does in my case:

You can use %matplotlib inline in a GUI console, like Jupyter QTConsole 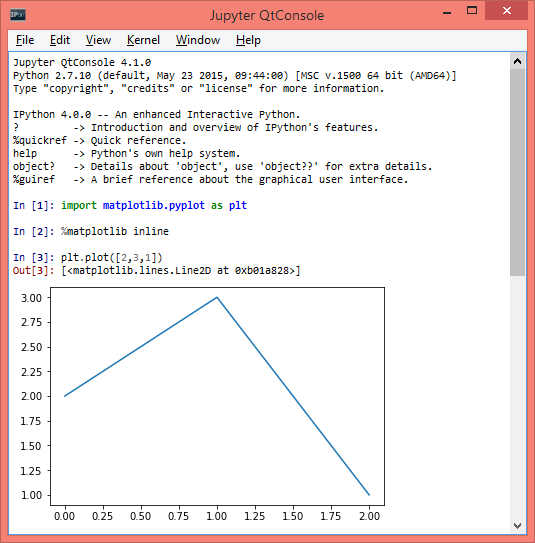 or in a jupyter notebook in the browser

%matplotlib without the inline works for me (I'm using osx and IPython 7.0.1)

If you're running an old version of ipython try %pylab inline instead. See notes in this tutorial

829
How do I set the figure title and axes labels font size in Matplotlib?
155
How can I open the interactive matplotlib window in IPython notebook?
628
Using IPython / Jupyter Notebooks Under Version Control
929
How to make IPython notebook matplotlib plot inline
503
How do I increase the cell width of the Jupyter/ipython notebook in my browser?
113
What is the currently correct way to dynamically update plots in Jupyter/iPython?
823
Purpose of "%matplotlib inline"
2
UnknownBackend: No event loop integration for u'inline' when enable inline matplotlib in emacs python notebook