I have a situation in which my Microsoft SSRS 2012 Report Server works fine, but not the Report Manager, which throws HTTP 500 error (The website cannot display the page).

I think SQL Server 2012 was installed as default instance almost a year back.

I have the screen shot of the Reporting Services Configuration Manager. 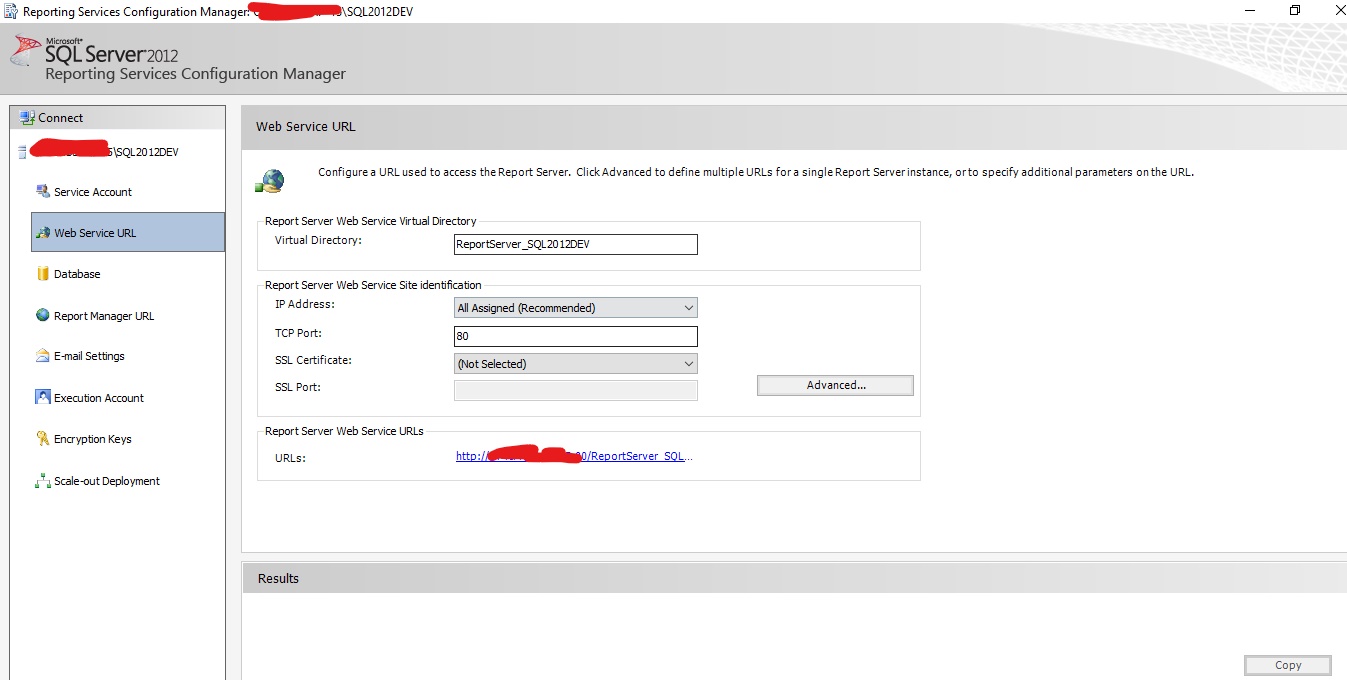 Below is the screenshot from SQL Server Configuration Manager:

This is taken from the Event Viewer-Windows Log-Application: Source ASP.NET 2.0.50727.0

This is taken from the SSRS logs: C:\Program Files\Microsoft SQL Server\MSRS11.SQL2012DEV\Reporting Services\LogFiles\ReportingServerService.txt

I was facing similar issue when multiple versions of SSRS is installed on the same environment. In my system, I have installed SQL 2012, SQL 2014 & SQL 2016 including SSRS and other shared features.

SSRS 2012 instance doesn't include any SharePoint components. However, it appears that Report Manager of SSRS 2012 was referring them from another instance. I came to know about it during checking of log files generated at C:\Program Files\Microsoft SQL Server\\Reporting Services\LogFiles.

I have verified all installed SQL instance specific components and Shared components.

Under Programs & Features from Control Panel, I uninstalled "Microsoft SQL Server 2016 RS Add-in for SharePoint" component. I stopped and restarted the SSRS services for both 2012 and 2016 instances. After this, Report Manager of SSRS 2012 was still not working.

Next, under Programs & Features from Control Panel, I selected "Microsoft SQL Server 2016 (64-bit)", and selected Uninstall/Change, and selected remove. Navigating through, I got to the Select Features page. Under Shared Features, I checked "Reporting Services - SharePoint" and proceed to remove it.

I am still not clear why a setting or feature inclusion of SQL 2016 instance was affecting SQL 2012 instance.

it just works after removing below tag fro the file:-

Not the answer you're looking for? Browse other questions tagged sql-server reporting-services ssrs-2012 reportserver reportmanager or ask your own question.