What is the difference between the app ID and the bundle ID? Where is the app ID in the Xcode project?

In the pList file, there is a bundle ID of the form com.mycompany.myapp, but Apple also provides an app ID on the developer portal.

Thus, basically, what is the use of the bundle ID? Where can we find the app ID in the Xcode project?

What is the difference between the app ID and the bundle ID?

Because most people think of the App ID as a string, they think it is interchangeable with Bundle ID. It appears this way because once the App ID is created in Member Center you only ever use the App ID Prefix which matches the Bundle ID of the Application Bundle

Where is the app ID in the Xcode project?

You don't find the App ID in Xcode. It is an object (not just a string) in Member Center. Xcode is where the Bundle ID is found. It is specified when creating a new project. (screenshot below) Each Target in a project will have a unique Bundle ID. It can be found/changed by selecting the project in the Project Navigator the choosing the Target and either General or Info from the Jump Bar.

The Xcode interface is described here or here (depending on how Apple is feeling that day).

What is the use of the bundle ID?

It uniquely defines each App. It is specified in Xcode. A single Xcode project can have multiple Targets and therefore output multiple apps. A common use case for this is an app that has both lite/free and pro/full versions or is branded multiple ways. 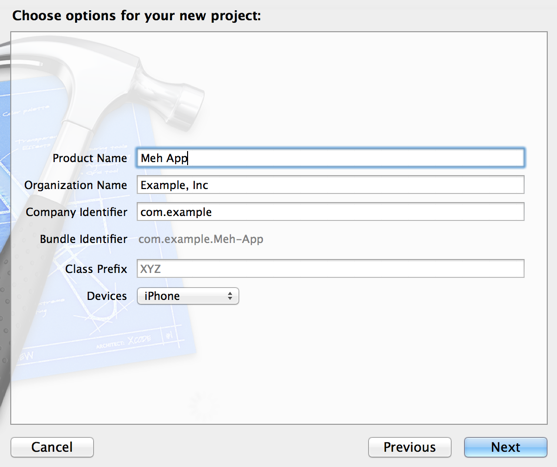 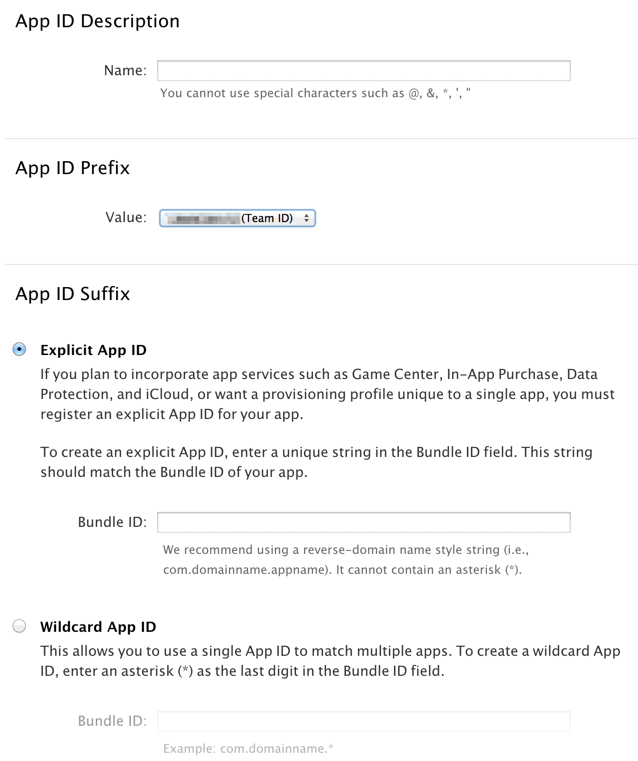 Bundle ID is the identifier of an App, but App ID is not. App ID is the connection between App and provisioning profile.

From "About Bundle IDs" section in here, you can see, "A bundle ID precisely identifies a single app".

And from here, you can see, "An app ID’s primary use is as part of a provisioning profile; it specifies which apps are authorized by the profile to be signed and launched.".

Simply, A bundle ID precisely identifies a single app. A bundle ID is used during the development process to provision devices and by the operating system when the app is distributed to customers.

During the development process, you use an app’s bundle ID in many different places to identify the app.

Whereas, An App ID is a two-part string used to identify one or more apps from a single development team.

There are two types of App IDs: an explicit App ID, used for a single app, and wildcard App IDs, used for a set of apps.

Multiple apps can share the same App ID. The App ID does not uniquely identify an application.

The ID that you see in iTunes Connect, which is unique across apps, is known as the application's Apple ID. I apologize for the confusion because no one at Apple will.

App id is a combination of two strings, are separated by a period (.). String1 is a team id, Which is assigned to the development team.(provided by apple) String2 is a bundle id, is selected by you.

App id is having two types.

Not the answer you're looking for? Browse other questions tagged iphone xcode or ask your own question.

45
iOS8 extension needs own provisioning profile?
4
What is Xcode's Organization Identifier?
0
ios application Authorization Flow?
0
should my app id need to be same in the next version release of the current ios application