I know that similar questions have been asked before, but my problem is new only after installing Android Studio 2.3, the latest version in March 2017. I have several years experience developing Android applications, and I have never encountered this problem before. After upgrading to version 2.3 of Android Studio, my emulator is no longer able to access the internet. I even uninstalled/reinstalled Android Studio 2.3 from scratch and created a new emulator, and I am still getting the same error. This is not an app problem. I can't even access the internet from Chrome, and I wasn't having this problem last week. The message that I get says that the server DNS address could not be found -- DNS_PROBE_FINISHED_BAD_CONFIG. The only thing that has changed on my computer in the last week is the new version of Android plus possibly updates to Windows 10. And yes, my computer has access to the internet. Below is an image of my emulator when I try to use Chrome to search for "Google". 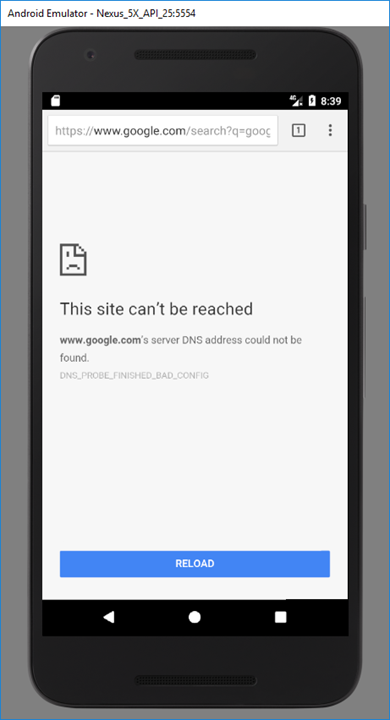 Change the DNS address of your network to 8.8.8.8 (Google's DNS) or another of your preference:


After that close the emulator and start it again.

After trying many of these solutions, I was going to just delete my current AVD and make it again, but when I clicked the down arrow on the AVD, I noticed "Cold Boot Now".

On a whim I tried that. Lo and behold my emulator has internet connectivity again!

EDIT: Ok, for those saying why not just wipe data and restart. Do you reformat your PC every time you restart it? Wiping data on the emulator is just like doing a factory reset to a phone or reformatting your hard drive on your PC and reinstalling your OS. It is unnecessary unless the data is totally corrupt.

When you shut off the emulator and restart it, it is like putting your PC in hibernate or sleep mode. Memory is not wiped, it is saved.

So, don't wipe your data. Just cold boot. If it still doesn't work, then wipe, but save that as a last resort.

I found a temporary solution on an old Stack Overflow thread at Upgraded to SDK 2.3 - now no emulators have connectivity. Note that this thread talks about Android SDK 2.3, not Android Studio 2.3. The problem seems to be that the emulator can't find the DNS my computer is currently using, and the temporary workaround is to start the emulator from the command line and specify the DNS server. Whatever problem occurred back then must have reappeared in the latest version of Android Studio.

The temporary solution outlined below fixes the problem with the emulator accessing the internet. However, it does not fix the problem that occurs when trying to run Android Device Monitor. Doing so will still make the emulator go offline as described above.

The first step is to find where the SDK is located. Assuming a user name of "jdoe" and a default installation of Android Studio on Windows, the SDK is most likely in

The second step is to determine the name of the AVD (emulator) that you want to run. The command

will show the names of your AVDs. On my computer, it shows only one, Nexus_5X_API_25.

To start the emulator from the command line with a specified DNS server, use something like the following:

Updating my WIFI adapter to resolve DNS on 8.8.8.8 solved the issue for me. It started to happen after an Apple update which messed up the DNS address.

Simply open the AVD Manager and wipe the data of that emulator works for me.

I experienced this same issue after upgrade. Upon opening the Chrome browser in the emulator, google.com could no longer be reached.

I found a post on SO that suggested the problem was with the emulator trying to use a disconnected network adapter. For me the problem was occurring when I was connected to a LAN. Disabling the wireless LAN adapter fixed the issue.

To disable the adapter:

Open Android emulator and go to the Extended Controls. Then go to the setting => proxy(Tab), uncheck "Use Android studuio HTTP proxy setting" and click "Apply".

macOS: long Story short.. make sure your DNS settings 8.8.8.8 is the first in line, wipe your data and do a cold boot. 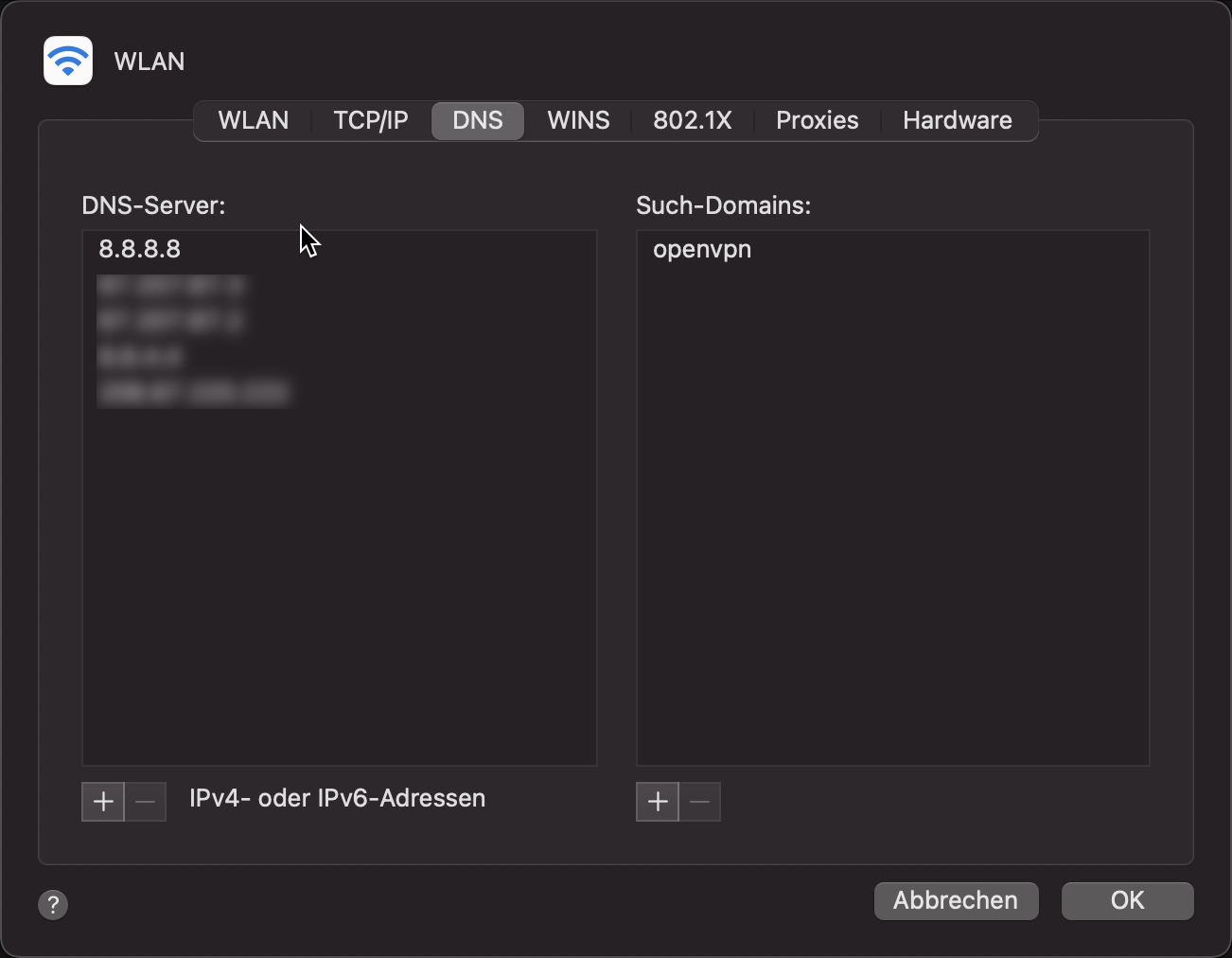 Reminder: the Android Emulator internet connection does not work if you turn on a VPN system on you computer.

I am also facing the same problem, but I am trying to solve the problem using various posts. Today I discovered this problem. Your computer configuration is most likely the problemm, not Android Studio and the Android Emulator.

The problem is coming from your Network setup. Just set the Primary DNS Server to 8.8.8.8, which will solve the problem.

This happend to me when the emulator froze and I had to kill the process. The signal icon always showed the small "x" as in the screenshot and no internet connection was successful. 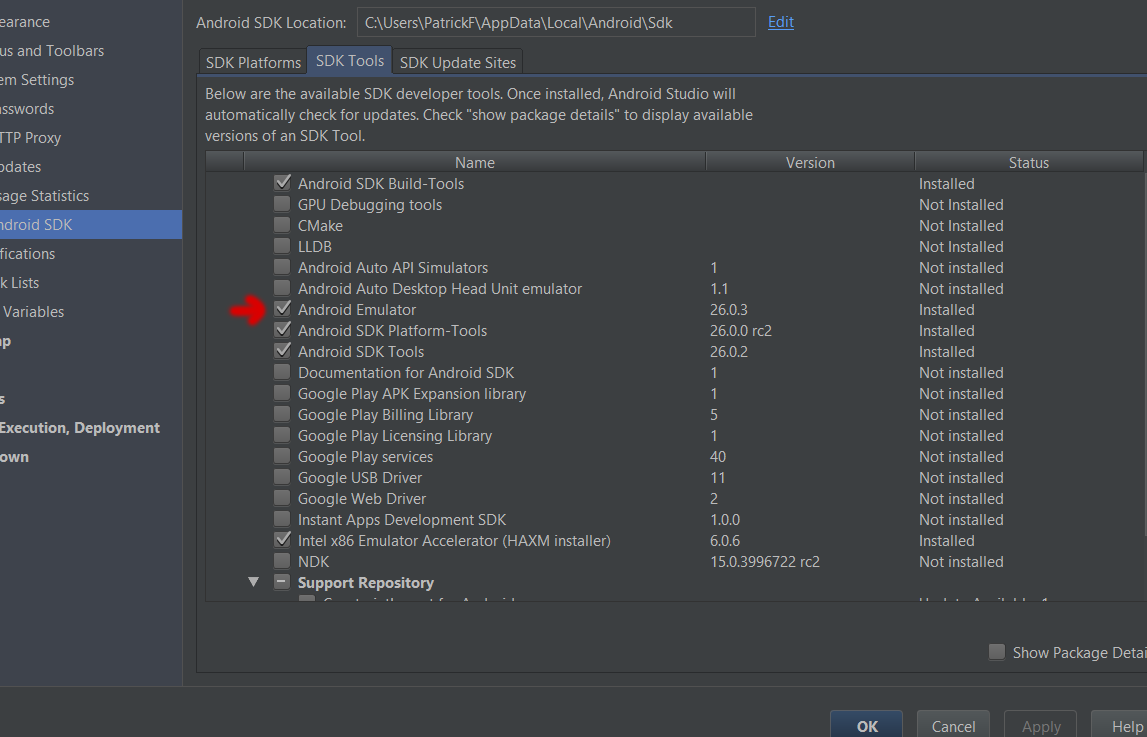 I got a simple and permanent solution for this issue in windows.

Go to network and internet option-> 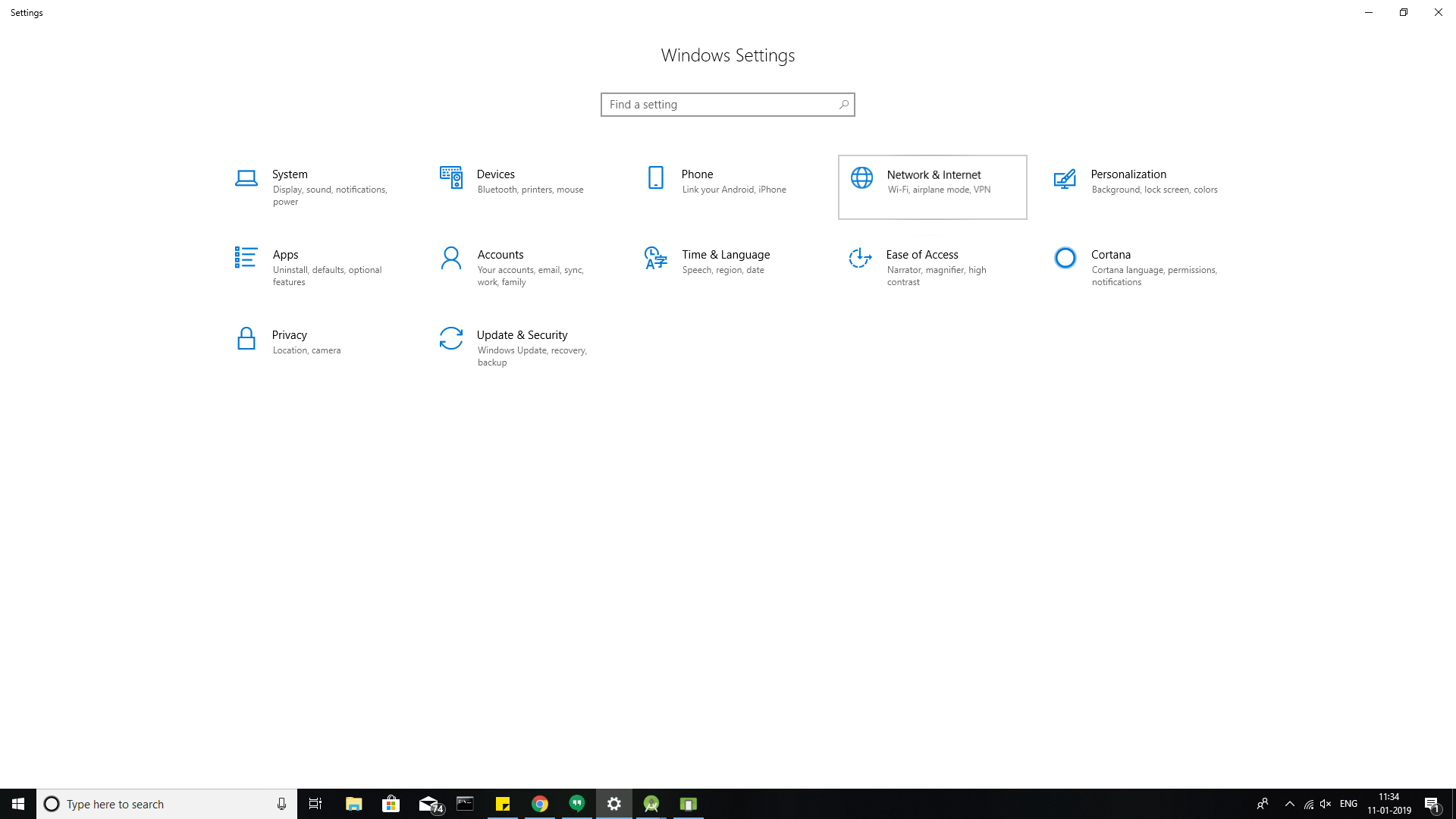 click on Etherenet or wifi(for which you are connected) option -> 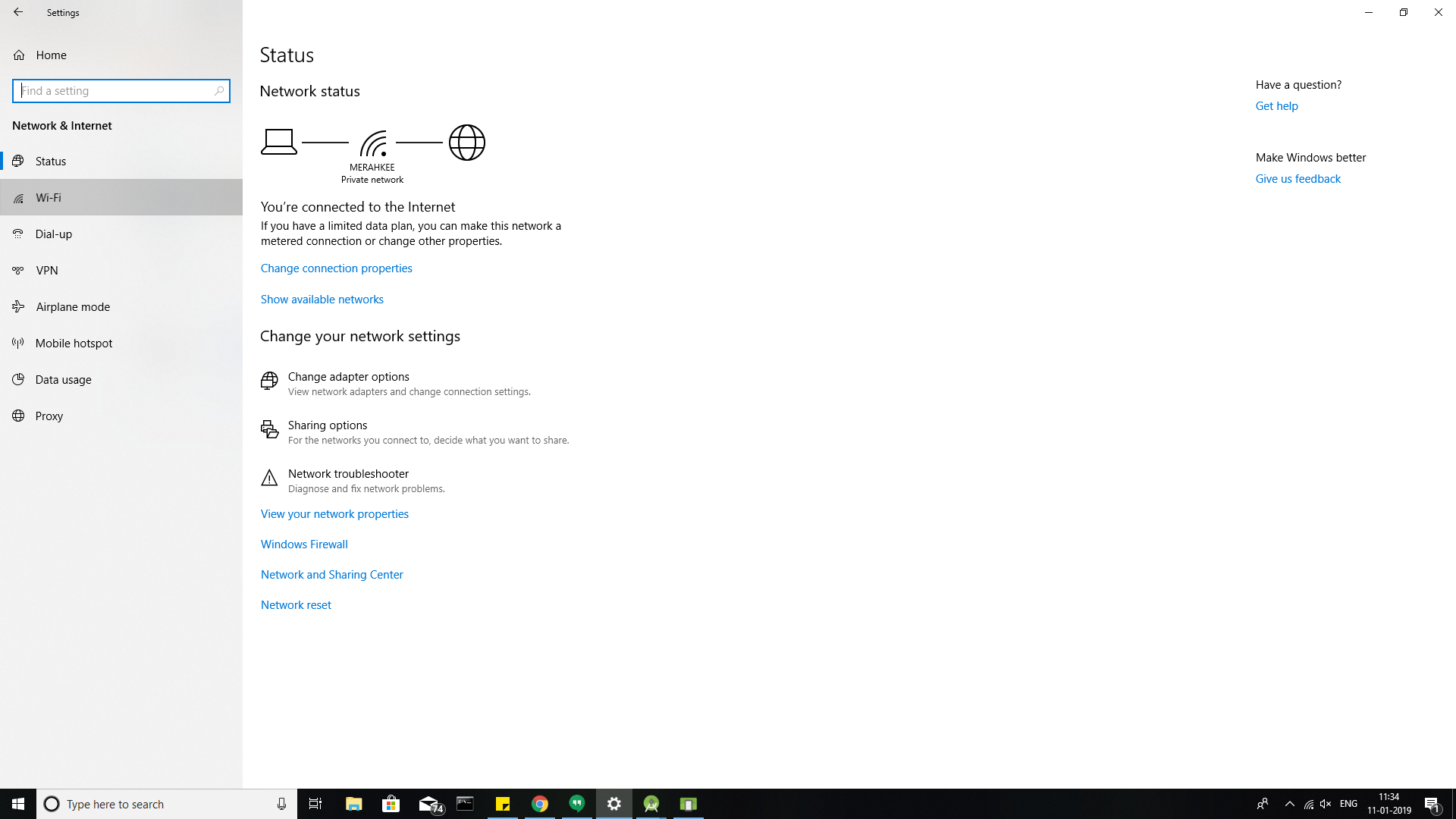 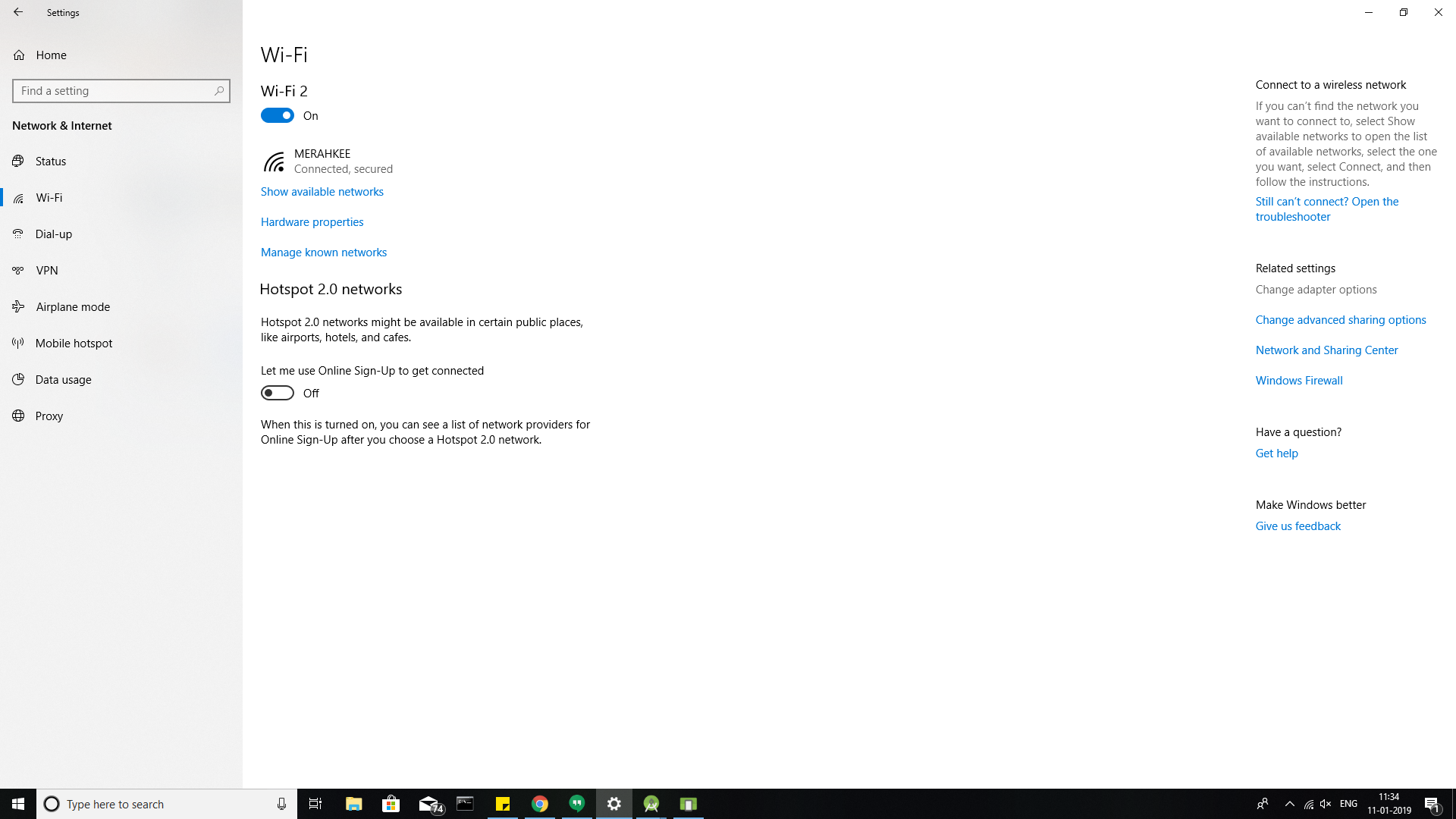 Right click on the network for which you have connected. 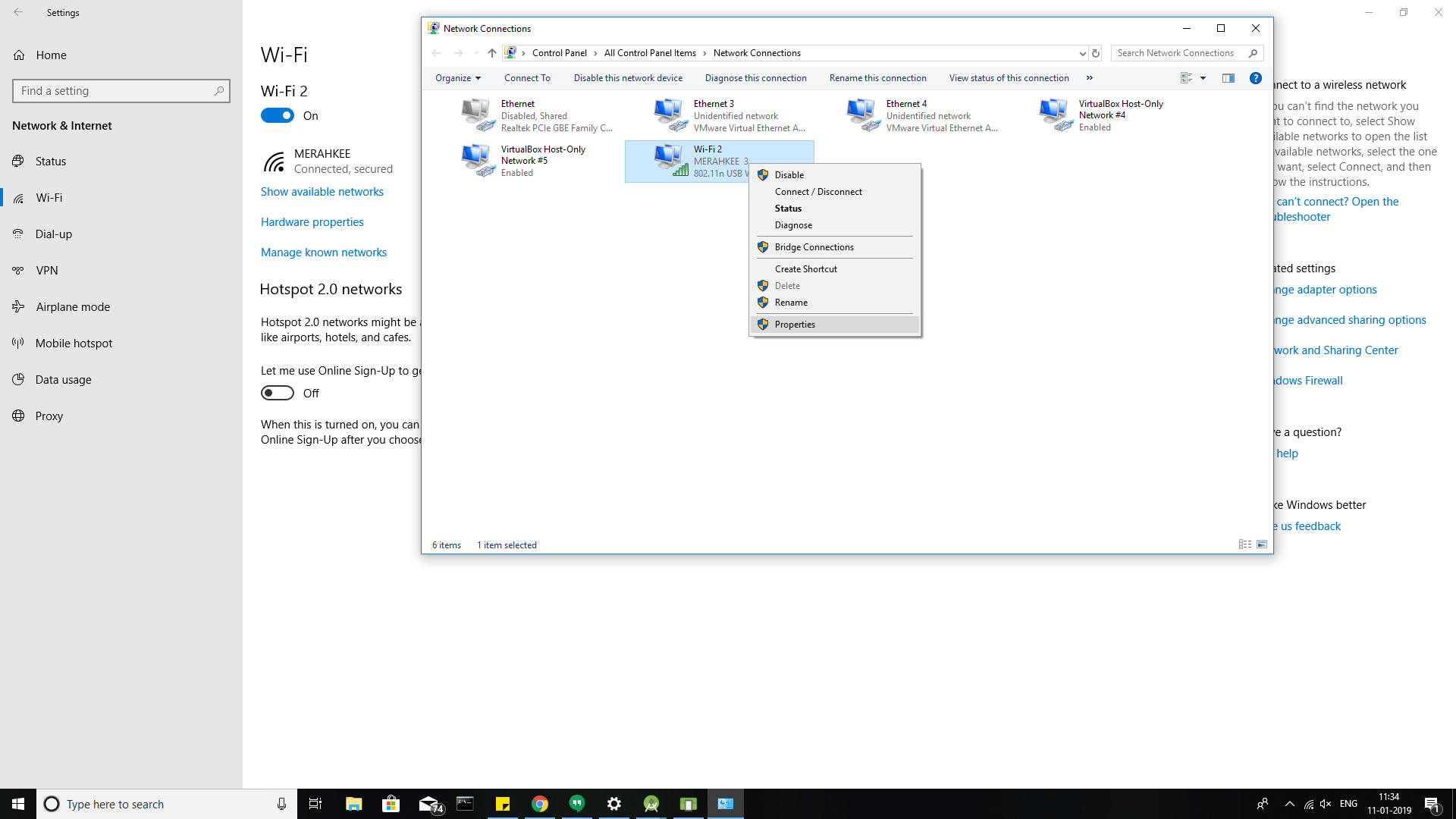 A dialog box will be opened and just click on Internet protocal version (TCP/IPv4) option. 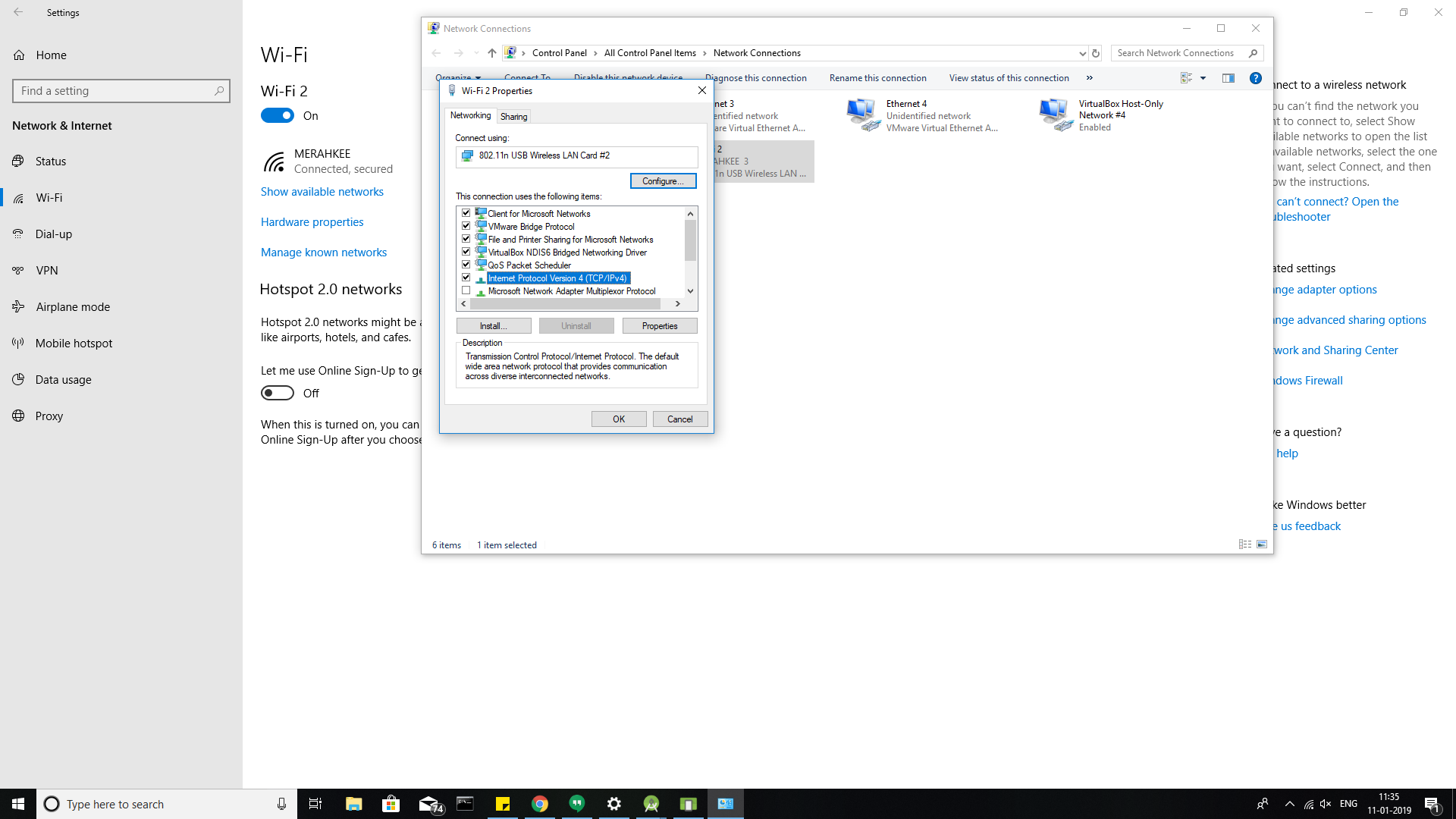 Another dialog box will be opened and there just neglect the first set about the IP address (Keep as it is set) and click radio button of Use the following DNS server addresses: and enter as 8.8.8.8 in Preferred DNS server: and 8.8.4.4 in Alternate DNS server: 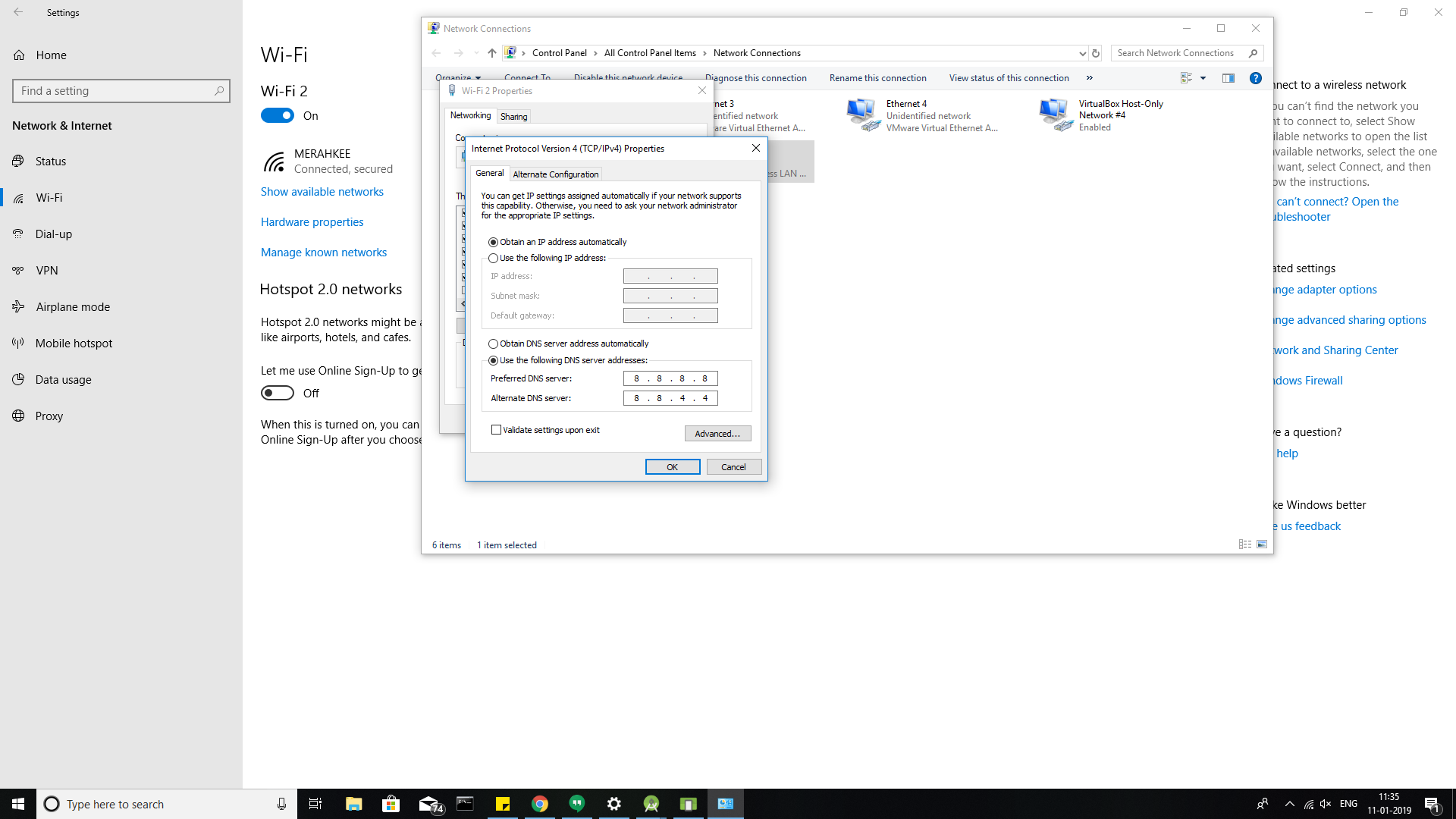 Now you can open your emulator whenever and you will get internet in the android emulators.

This was a problem for me last time the emulator updated itself and back then disabling other network adapters fixed it. Now it's cropped up again but the only adapter that is enabled is a single wifi one so I have nothing to disable.

The issue only reappeared after I updated via a prompt the emulator tools to 26.1.1. I uninstalled and reinstalled the emulator via the SDK Tools update tab and thankfully the only option when installing again right now is to install 26.0.3 (which seems to be working okay).

Moral of the story is to be very wary of emulator updates.

I faced this problem after i kept my emulator ON while going from my home to a cafe. "Cold Boot Now" fixed the issue.

closing the emulator and reopening worked for me

After 10 days of trouble, I just deleted everything from C:\Android\.android\ and deleted all created AVDs. Now internet seems to work fine.

I am on android studio 3.1 and it happened. Solved it by restarting the adb server

Hope it helps. Thank you

There was a problem for me too, by disabling the proxy in Android Studio settings, and run the emulator with "Cold Boot Now", the problem was resolved.

Please go through the below link.

Emulator open, click More ..., and then click Settings and Proxy. From here, you can define your own HTTP proxy settings. 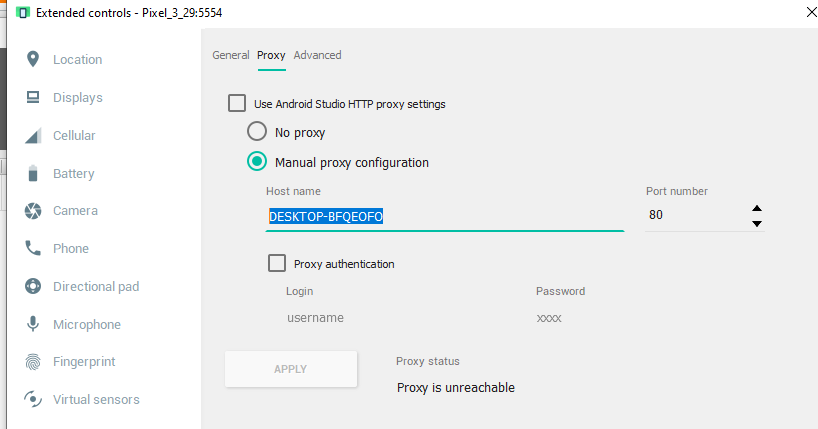 Finally, check the internet access inside the emulator by browsing in chrome or google.

go to SDK path then

it solve your internet problem...

I was having the same issue and i resolved with below steps:-

Go to emulator setting and then go to

setting->Proxy->Either configure it Manually or use Tick use Android Studio HTTP proxy simulator.

please vote, if this works for you

Just recreating the emulator with another target API worked for me

Maybe you set a proxy for Android Studio and the proxy does not work. Try without proxy.

I've faced the very and suddenly same problem on my MAC. After having tried everything, I've finally deleted the folder /Users/Philippe/.android and create a new emulator.

I am having visual studio 2017 , and this simple few click has fix internet issue for Android emulator. 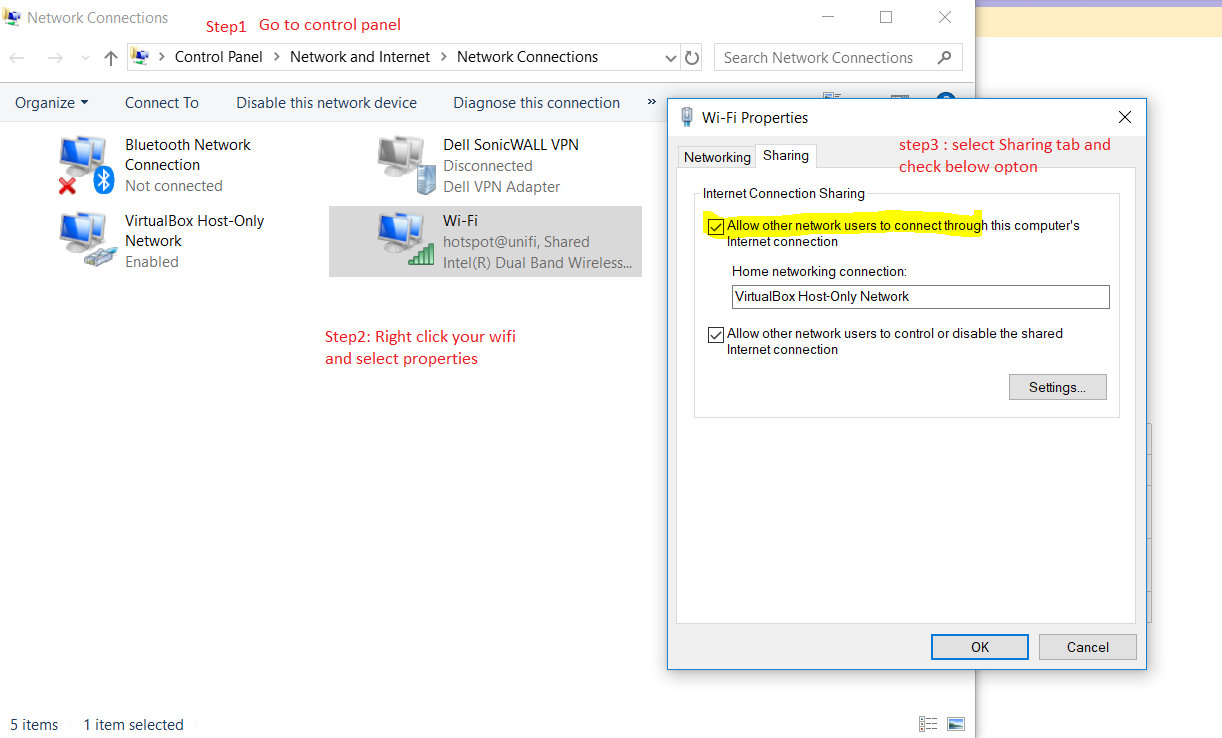 Not the answer you're looking for? Browse other questions tagged android emulation android-studio-3.0 or ask your own question.

1
Android studio emulator no internet
285
How to connect android emulator to the internet
143
Android Studio - Android Emulator Wifi Connected with No Internet
49
Admob ads not loading - Failed to load ad: 0
25
Upgraded to SDK 2.3 - now no emulators have connectivity
15
React Native fetch() not working android
7
Android Emulator is not connecting to internet
12
react native Fetch Network request failed on android
5
The Expo SDK requires Expo to run. It appears the native Expo modules are unavailable and this code is not running on Expo. I want to generate apk
4
Can't connect to internet from Android Emulator on Android Studio
See more linked questions