Unknown error: Unable to build: the file dx.jar was not loaded from the SDK folder

When I try to run my Android project on Eclipse ADT, I see this in the Console:

This is the package configuration I have as seen from the Android SDK Manager: 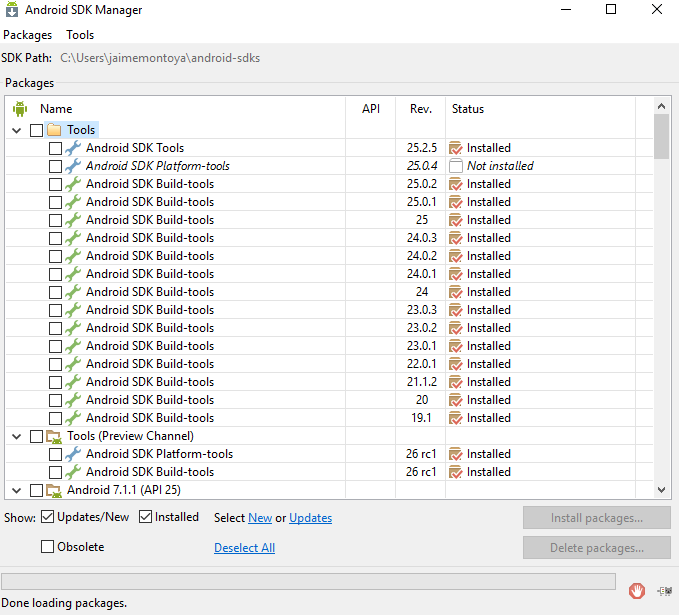 What I understand from that error is that it failed to load dx.jar because it is trying to load it "from the SDK folder". The message even uses an exclamation mark to say that! What SDK folder is it referring to? I thought in this case "C:\Users\jaimemontoya\android-sdks" would be considered an SDK folder. Do you know where it is expecting to find the "dx.jar" file?

None of the answers helped me only my decision fixed the situation:

Fix is to copy

I had the same error today and happened to find your post. And after several attempts, I found deleting 26 rc1 Build-tools can help solve the issue.

Eclipse ADT no more support. So Google break backward compatibility with remove two classes from dx.jar.
You can easy fix it.

All done. Now you can use new dx.jar with Eclipse ADT.

This solution better from replace dx.jar, because you can use new version of the dx.jar.

You need do this steps on every update build-tools.

Reading the accepted answer at Got "unsupported class file version 52.0" after including a module to a project gave me the hint I needed to find the solution.

I ended up with this Android SDK installation: 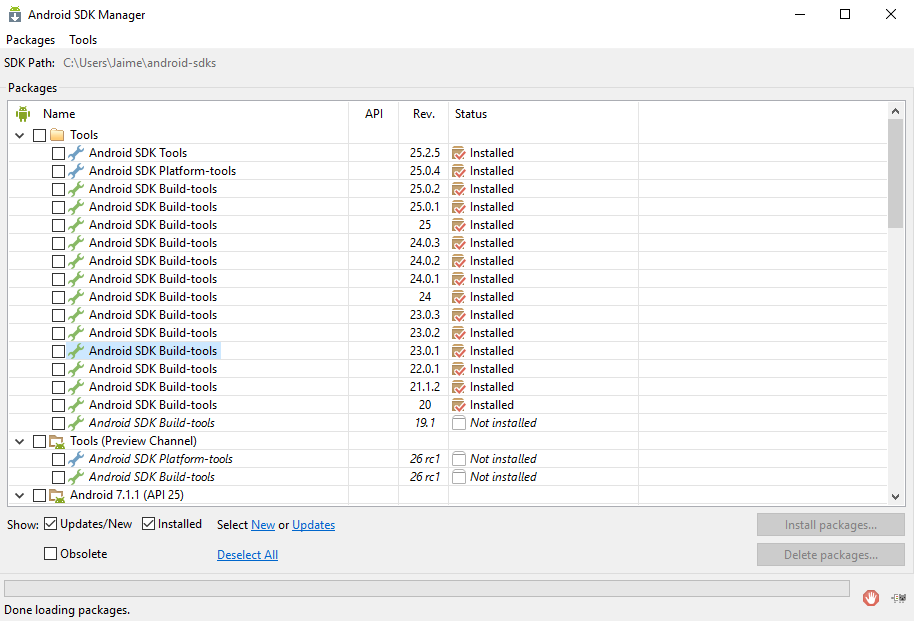 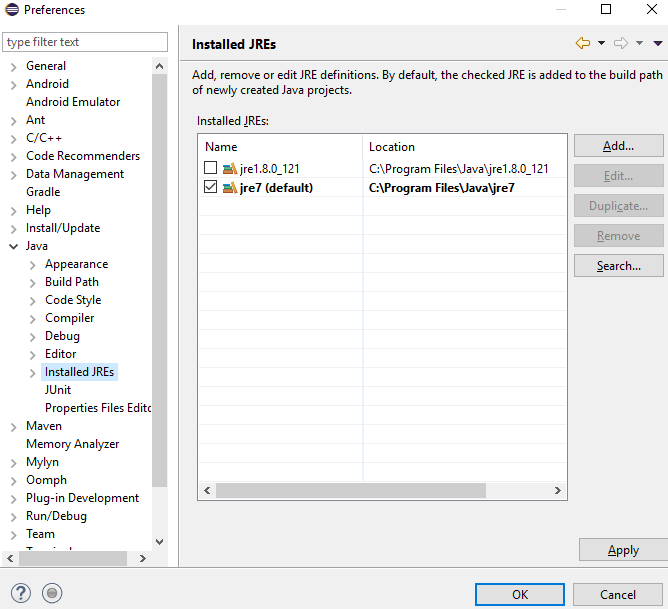 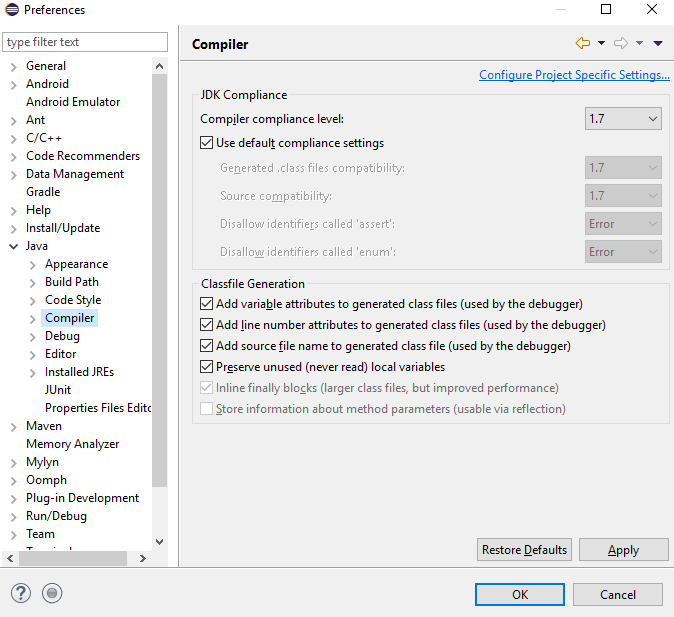 Work Eclipse and Android Studio together

After struggling with this error for several hours I found some clues of this puzzle you maybe find useful.

So there is something else aside the Failed to load.

I checked dx.jar and I verified DxConsole class is not there. Even more, DxConsole is not also in 26.0.3. However, I found it in 25.0.3 (I just opened the jar using any binary tool and looking for DxConsole. Even it is a Zip file, DxConsole filename can't be compressed so it would be easy to search for).

Summing up, those users saying that replacing dx.jar for an older dx.jar version are right to some point.
-You will need first close Eclipse (otherwise you will have errors trying to replace the jar file)
- Be careful what dx.jar version you are using for replace (25.0.3 worked for me)
- make backup of {android sdk}\build-tools\27.0.2\lib\dx.jar and replace it with {android-sdk}build-tools\25.0.3\lib\dx.jar
-This issue is likely to happen with anybody having 26.0.x version
-This worked for me , afterwards I had a 'No DEX file found' but I guess this is not related. Otherwise, I'll improve this answer.

Few additional things to being noticed:

-I'm using Eclipse Neon 3.
-My proyect is using Android 4.2.2 (API 17) and Android (API 10) so the problem seems to be unrelated with my project. I believe there are clever people out there that will figure it out what is going on.

I was also having the same problem however, i decided to uninstall the eclipse and then delete the whole folder...you can do so by clicking on Help (while on eclipse) ---> then 'about eclipse' ---> then 'installation details' and uninstall, after deleting the whole folder i re-downloaded eclipse and all the SDKs from the SDK download manager And it began working for me again. Hope it works out.

It seems Eclipse doesn't want to work with the newer versions. Though Android Studio recognizes them without problems.

I had the same Error.

In Android SDK Manager I uninstalled all

Then I installed only

After this I can build my Applications.

I experienced this while using Microsoft Visual Studio 2017 to build a Xamarin Forms Solution that had a Xamarin Android project.

This got this build tool uninstalled.

Afterwards, I had it checked and applied. This got it re-installed with all the necessary files.

Build was then successful. 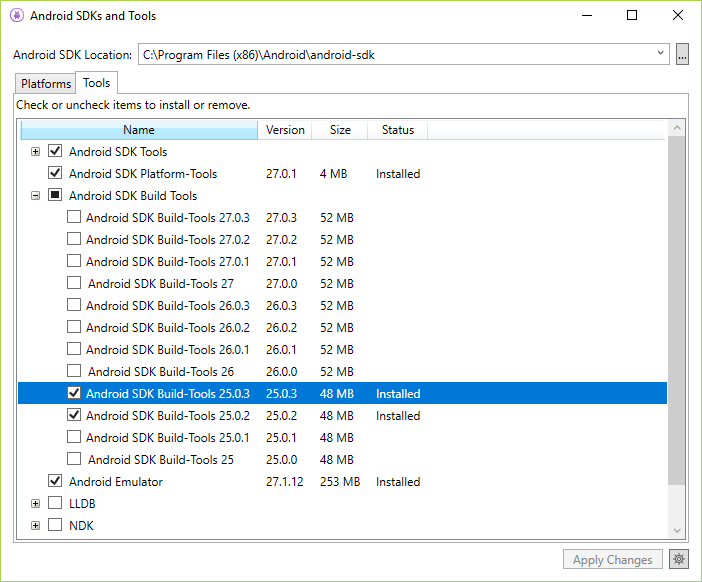 The thing is, latest Android SDK build tools don't work with older versions of Eclipse (or at least this is how I understand it).

Add this in your build.gradle:

Not the answer you're looking for? Browse other questions tagged java android eclipse eclipse-adt android-sdk-manager or ask your own question.