I was building AOSP for the Nexus Player and after successful compilation I tried to run the emulator and the message I received is:

I can't find anything about this, somebody please help.

The full output is:

I was having this error and the cause was my Emulator running an old version. I went to SDK Manager and updated the Android Emulator

After this, the emulator ran correctly 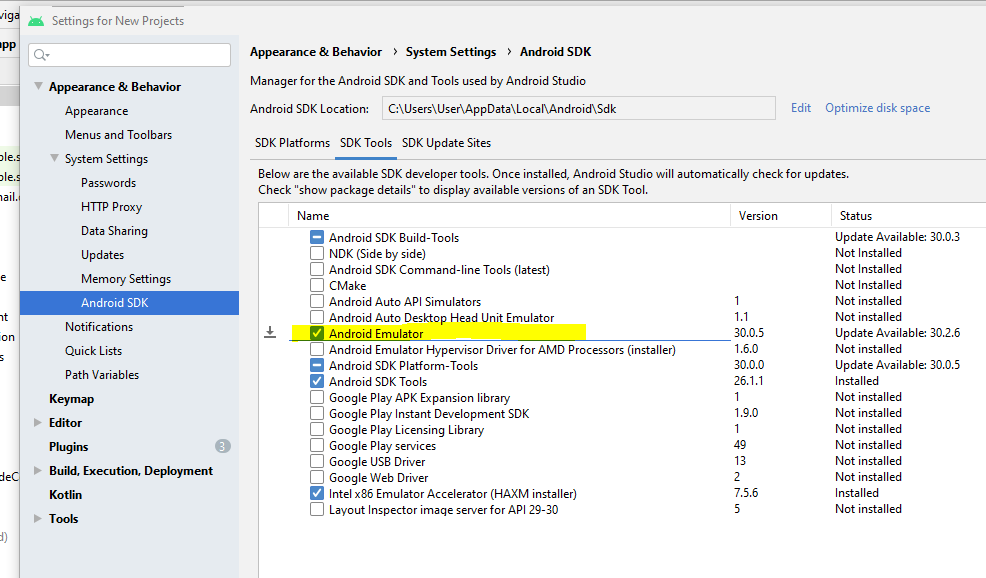 I was also having this error and the cause was my Emulator running an old version. I went to SDK Manager and updated the Android Emulator

I followed the steps of @voghdev

And also make sure enough space is available for the emulator to run.

it requires around 8gb of disk space.

After this, the emulator ran correctly 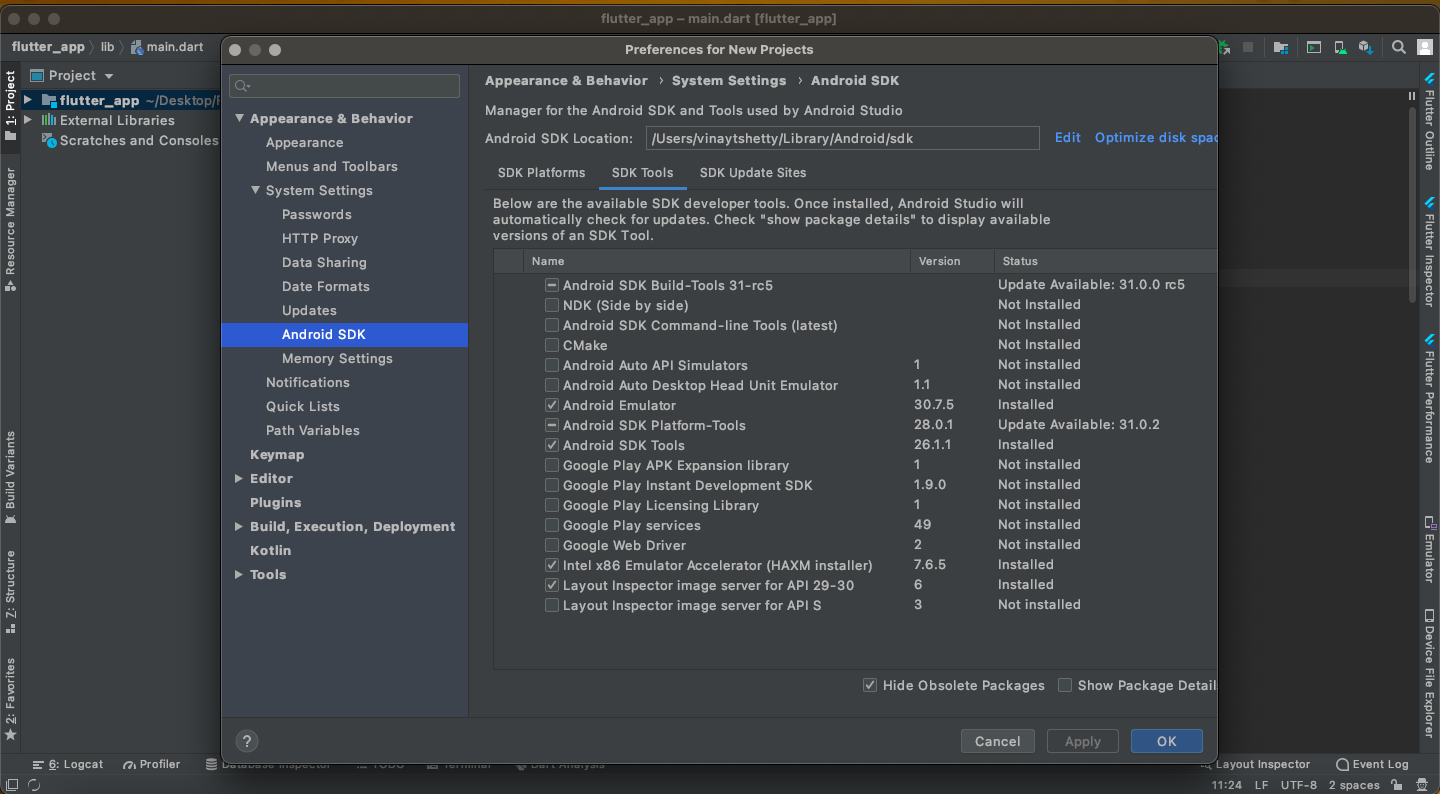 By doing this old setting will be by default erased. New Setting of the emulator will available.

it helped me, good luck!

Simply just go to Tools > SDK Manager > SDK Tools and update what might be available under your selected choices.

It could many things:

Late post for OP, but I hope this helps others building for earlier versions of AOSP (OP posted build for API 25).

As I'm sure you're aware, to configure an AOSP build, you run:

function setpaths(), as the name suggests, adds some paths to the $PATH variable for your AOSP build to run correctly. One of the paths added to $PATH, is a version of the emulator command that is packaged with AOSP.

In short, when you run $ emulator from the command line after running $ lunch, you'll be running the AOSP version of the emulator which is associated with what ever version of AOSP you're building for. (In my case it was an older version of AOSP)

To quickly check this you can use $ which emulator. This will show you the full path to the command that will be run when running $ emulator

After running $ lunch, the path will read something like:

$ which emulator should be pointing to the emulator location of < Android Sdk dir >/emulator/emulator, NOT the AOSP version of the emulator.

To answer my own question:

You cannot run the build on the emulator if you compile for fugu - Nexus Player build.

809
How do you install an APK file in the Android emulator?
1
Lossy picture with Android emulator "-scale" option
6894
How to find all files containing specific text (string) on Linux
4
/usr/lib/x86_64-linux-gnu/libQt5Core.so.5: version `Qt_5.7' not found (required by emulator64-x86)