I am using Rails pdfkit gem to render multi-page pdf files. The rendered pdf file picks up the CSS(SCSS) styling and page breaks as expected. However, when I try to render the same pdf document in production, it seems like the styling only loads some CSS rules and ignores others such as parent container's width and height declarations. Here is my CSS (SCSS) for the parent container element:

Here is an example of a pdf rendered in development: 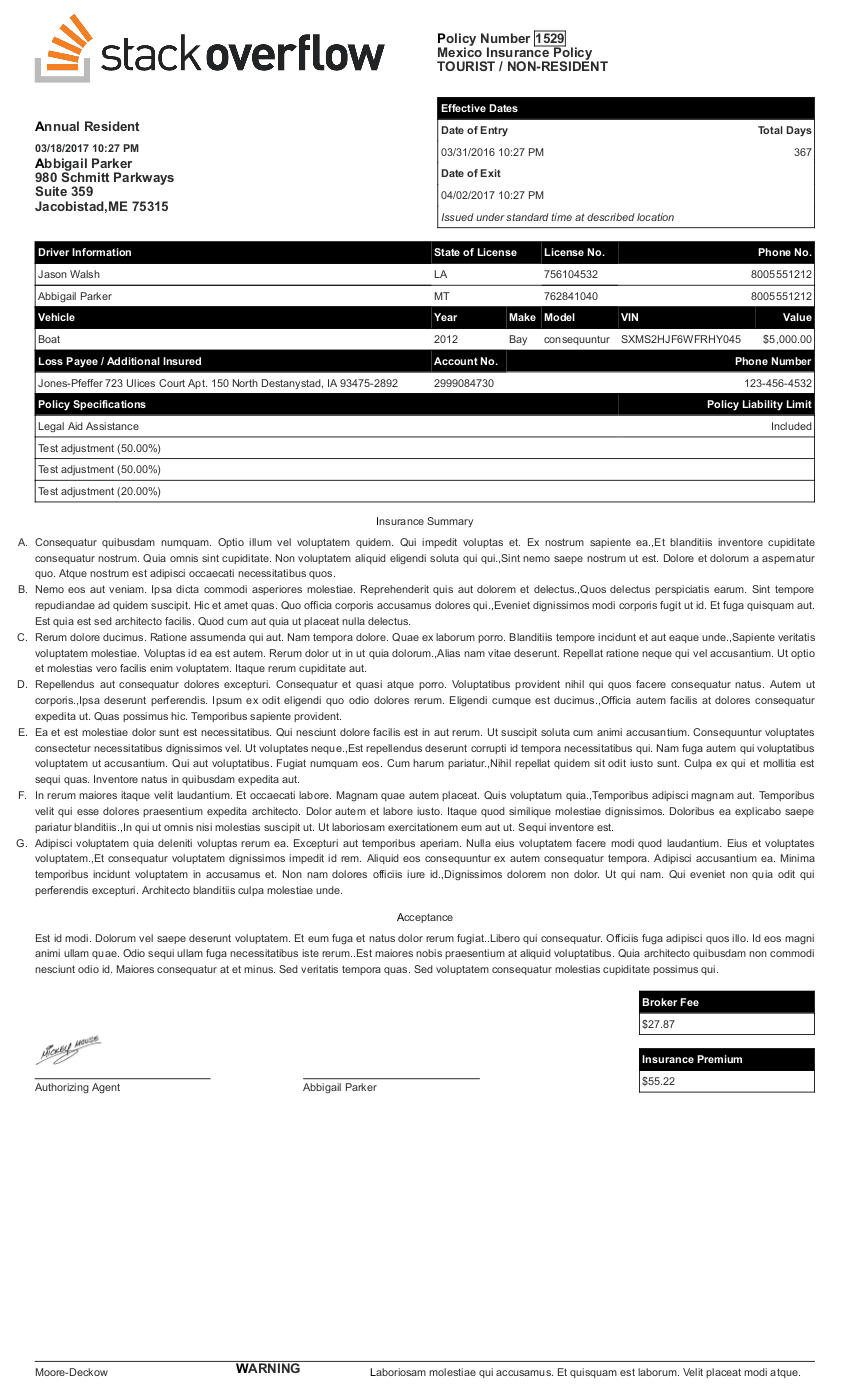 and here is how this same pdf looks in production: 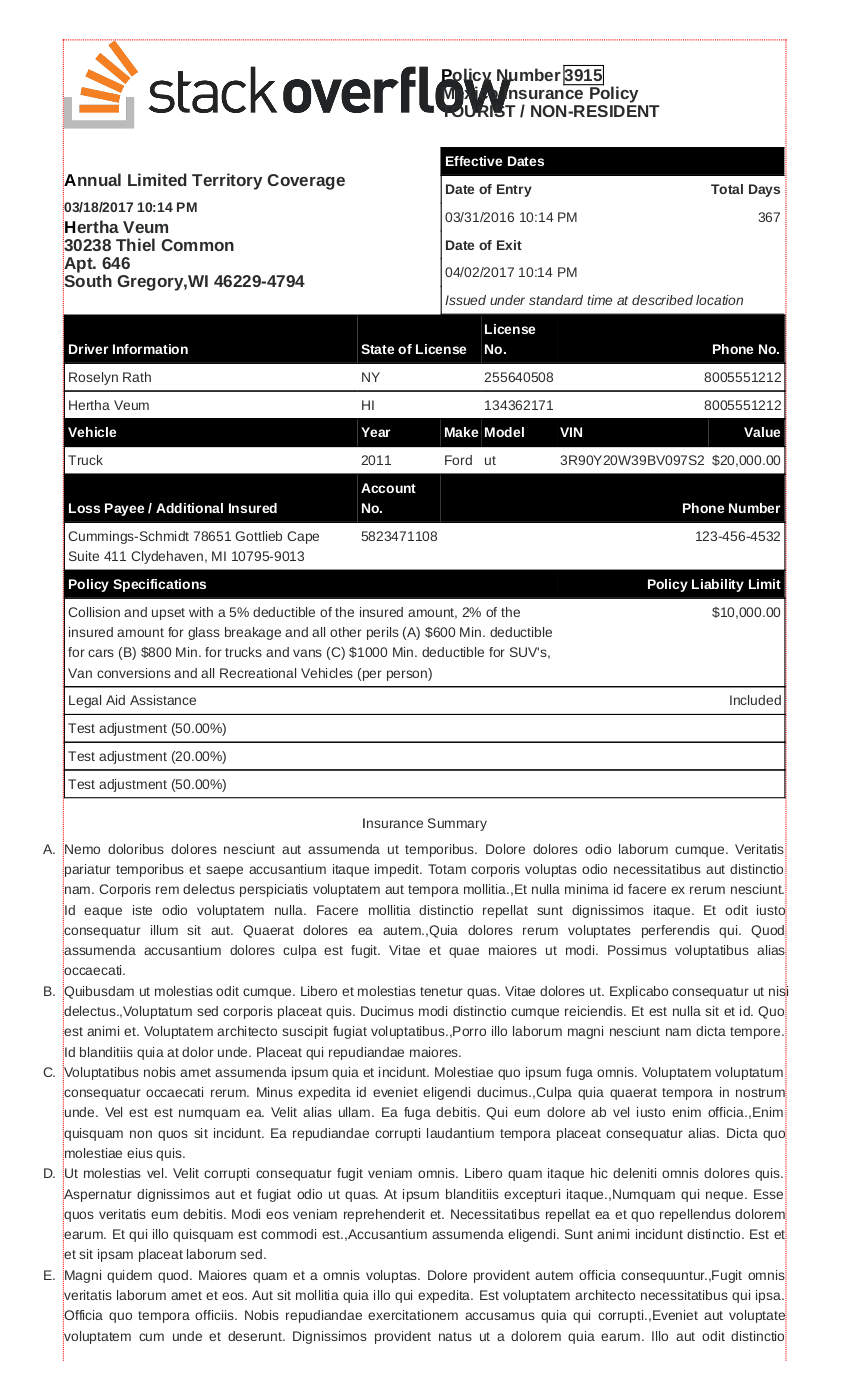 The red line around the doc is a CSS rule I introduced to display how page edges are rendered in production.

Both, development and production (Digital Ocean Droplet) are using the same version of Ubutnu (16.04).

What have you tried?

Both, production and development are running the same version of wkhtmltopdf of (~> 0.12.2). However, running wkhtmltopdf -V, returns wkhtmltopdf 0.12.2.1(with patched qt)

I had similar porblem. In my case it was missing fonts on Ubuntu.

I had such problem a while back too. I'm not sure, but if I recall correctly, it ended up being different versions of ghost-script.

You can check the version by running gs -v

The production output appears to have larger margins than the dev output.

From your given sample of the relevant css showing your "page config", this might be simply fixed by specifying those margins. This isn't done on the virtual page element .pdf-page, but inside the @page selector.

Depending on how this design has being developed and previewed, (print dialog, dev tools media emulation) you may need to adjust those margins to conform to the margins used to preview the work. This can be done within the Chrome print dialog by setting Destination to 'Save as PDF', expanding 'More settings', selecting 'Customised' within Margins and finally entering the values or directly dragging the margins that now appear over the print preview.

While I'm not familiar with PDFKit, I've developed templates for AthenaPDF, I assume they're all pretty much standard PDF converters using Headless Chrome under the hood. We found it was easier and more flexible to define the @page properties through css rather than attempt to configure it through the AthenaPDF docker service. It only took standard, minimal and none as margin values.

Not the answer you're looking for? Browse other questions tagged css ruby-on-rails pdf wkhtmltopdf pdfkit or ask your own question.

4
PDFKit is giving me a 406, and rendering an empty pdf
3
Ruby on rails wkhtmltopdf css style sheets not rendering on production (linux) server
37
Why does PDFKit/wkhtmltopdf hang but renders PDF as expected when Rails app is killed?
0
wkhtmltopdf (with pdfkit) installed on Ubuntu but not working in Rails
1
WKHTMLTOPDF with pdfkit on Rails ignoring table page breaks
2
pdfkit not rendering images from cdn + rails 4.2 + pdfkit
2
pdfkit uses different fonts when renders PDF document on OS X and Ubuntu