In our legacy project we are struggling with a strange problem: there is a memory leak which occurs on iOS 10.x (at first memory warning signal received then app crashes), but everything is fine on iOS 9.3. Both simulators and devices show same behaviour.

I can't debug it with XCode Instruments due to known deadlock problem. But I was able to see that there is really a problem by use of Xamarin Profiler. 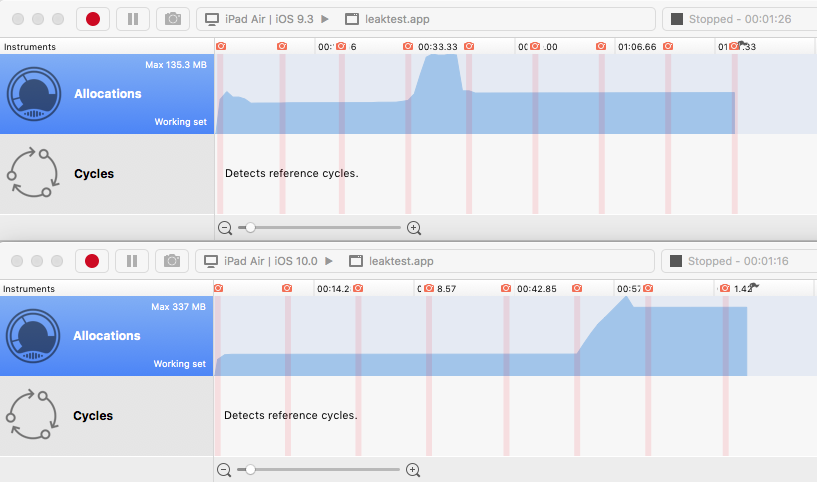 Clearly seen 9.3-sim (top) releases used memory, but 10.0 (bottom) doesn't!. (some offset in time of memory pressure is seen because I hit the button later then at the first time) 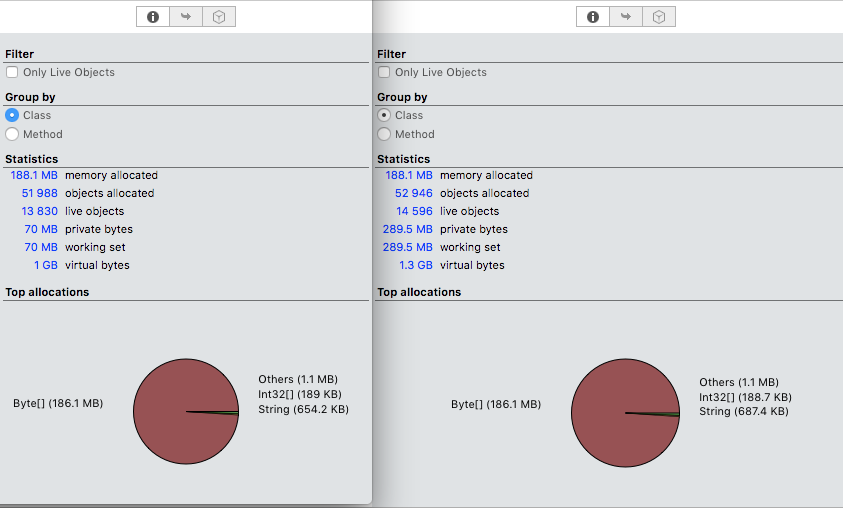 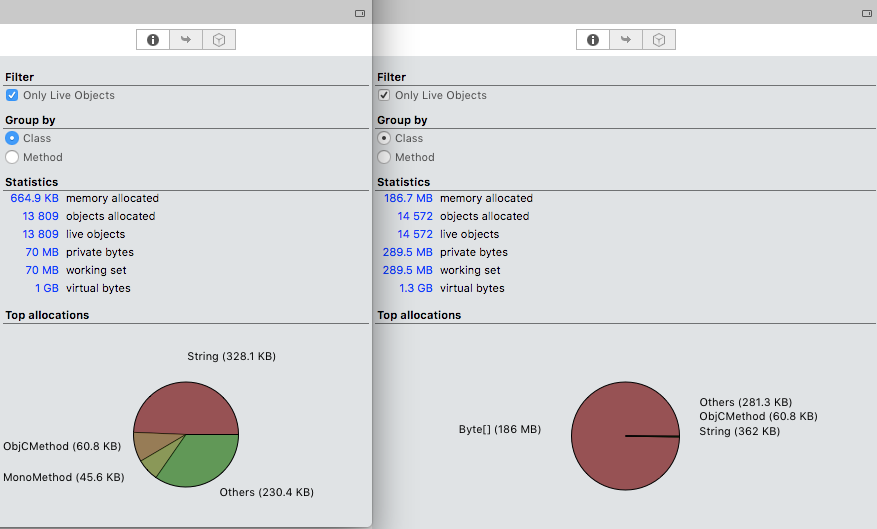 Byte array objects for 10.0 simulator. They are alive! But list of paths to root is empty! :-(

Same objects for 9.3 simulator. They are dead as expected to be.

And now look at the call tree for one of those byte-array objects: 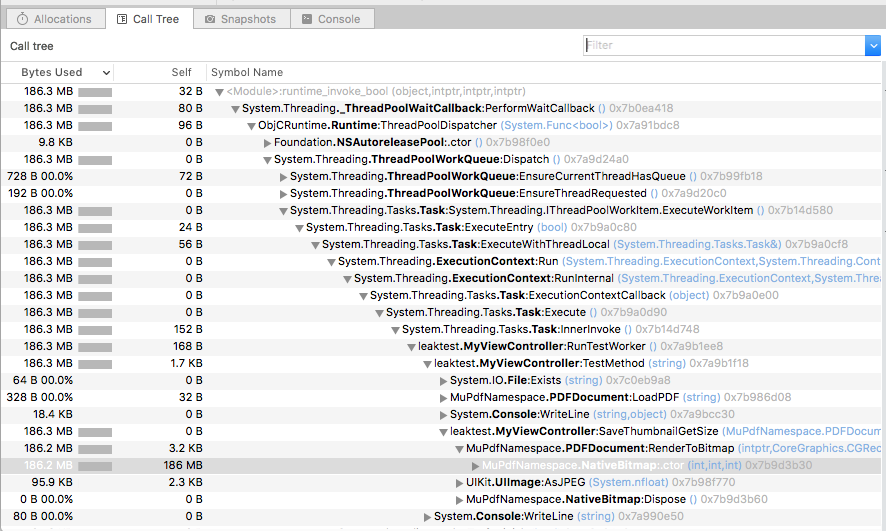 This is a 9.3 sim. After the call of the method AsJpeg(System.nfloat), as expected NativeBitmap.Dispose() is called.

But how looks call tree for 10.0 simulator? 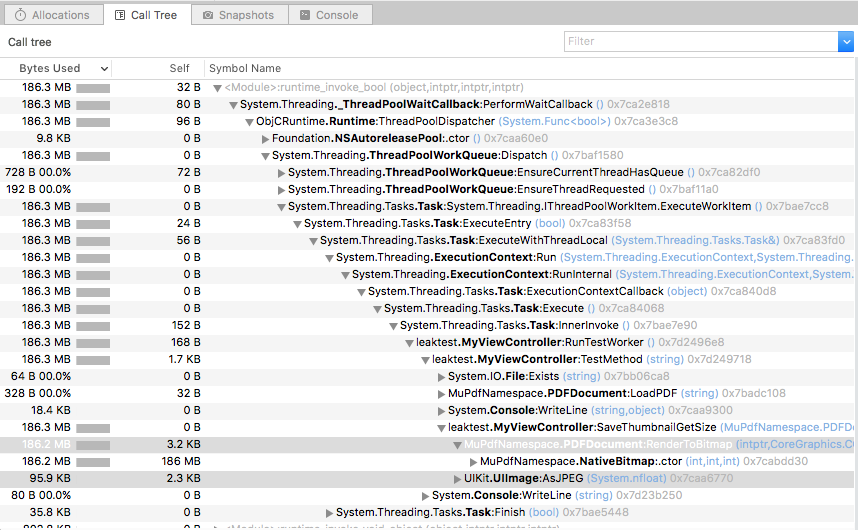 Aaaaand there is no Dispose() call :-(

But if I put breakpoint in Dispose method it's hited. Or if I put console output in Dispose's last line it's also printed. I think something breaks when AsJpeg method called.

I don't know what to do further. I am suspecting this is a xamarin bug. Will try to report a bug.

Also after upgradging xamarin, xcode and os got new available iOS system - 10.3 (14E269) - and it isn't affected by memory leak.

7040
What is the difference between String and string in C#?
2029
How do I create an Excel (.XLS and .XLSX) file in C# without installing Microsoft Office?
46
jQuery memory leak with DOM removal
1873
What is a NullReferenceException, and how do I fix it?
3499
How can I create a memory leak in Java?
4
Unexpected error-Xamarin iOS
55
Xamarin iOS memory leaks everywhere
4
iOS Simulator cannot start
0
Memory leak occurs only on ios 10.x devices, but fine on ios 9.3
0
WKWebView RunJavaScriptConfirmPanel Unable to locate the block to delegate conversion method