TTFB is too big. Try install plugin for caching content, I would recommend WP Super Cache.

You're loading over 7mb of data on the homepage. Compress everything and reduce file sizes as much as possible. You're using full size PNGs for some thumbnails, for instance. A few of those are > 1mb on their own, e.g. this one.

You'll be able to drastically speed up the full load time of the site by doing so.

However, the real core of the issue here – the reason the site feels so slow – is due to your TTFB, as Alex has said.

Take a look at this breakdown just for that image I linked above:

More than half of the time spent downloading that image was just waiting for the first byte to be returned by the server. I think it's time to get off of GoDaddy.

Here's an even more egregious example: 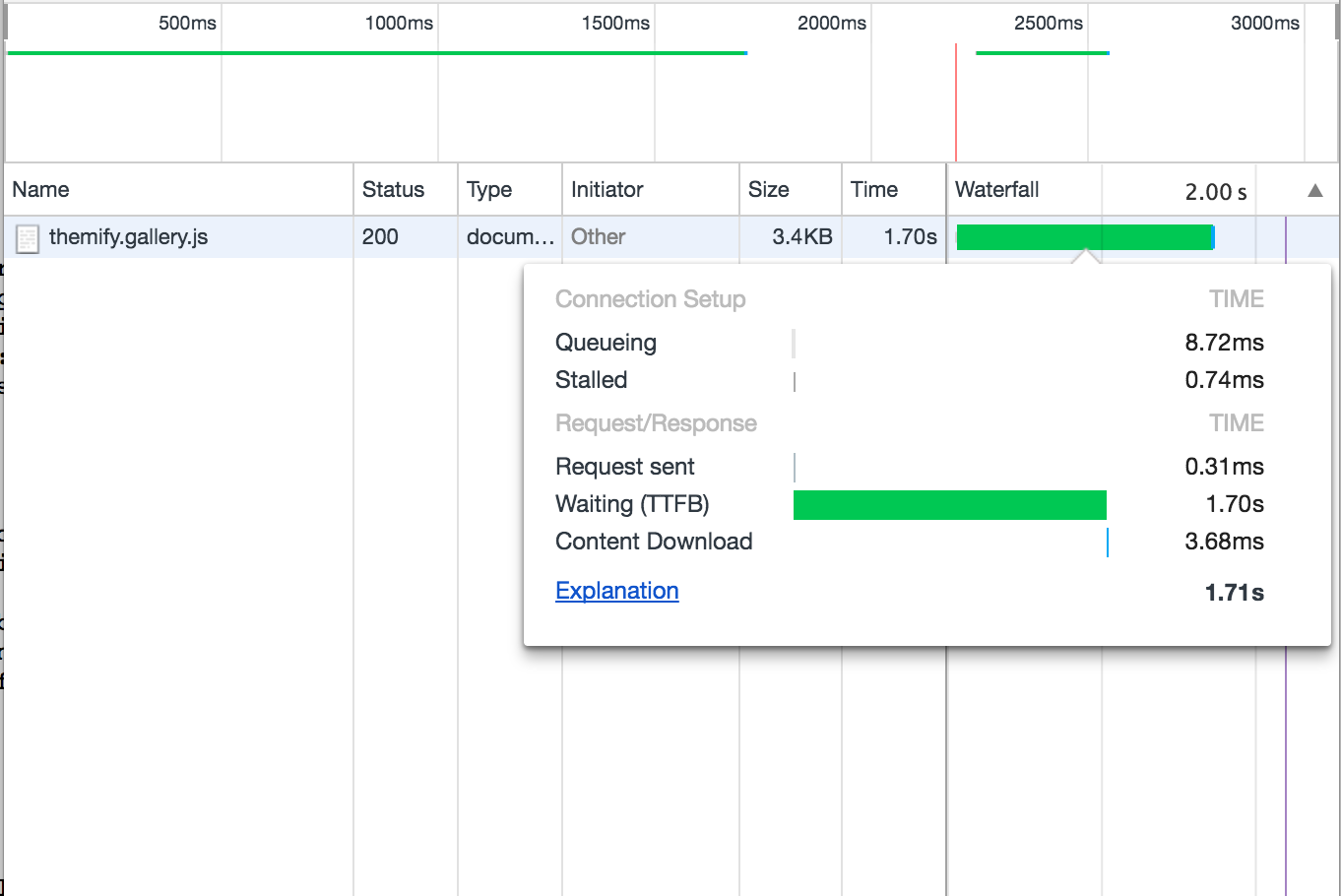 That's a JS file only a few kilobytes in size, but the download doesn't even begin for over a full second.

Not the answer you're looking for? Browse other questions tagged wordpress performance pagespeed or ask your own question.

620
Can I install/update WordPress plugins without providing FTP access?
0
Weebly site hosted with GoDaddy-Client wants to keep GoDaddy, but use Wordpress instead
0
How to access the home page of WordPress from a cPanel staging URL
0
Shared cPanel Hosting package doesn't provide a staging URL that can be used with WordPress sites