I really need your help. I'm new to learn C#. I've followed each steps of Head First C#. In the book, the Visual Studio version is 2012, and the project type it tells me to create is Blank App (XAML) Visual C#, which I can't find in my Visual Studio 2017, so I choose the type described below.

The Parallels Desktop, which is a virtual machine software used for running Windows 10 on my Mac. I create my project in this virtual machine, and after I finished the project follow the steps from book, there is no error in editor. But after I pressed the green-play-button, I got some error I posted below. 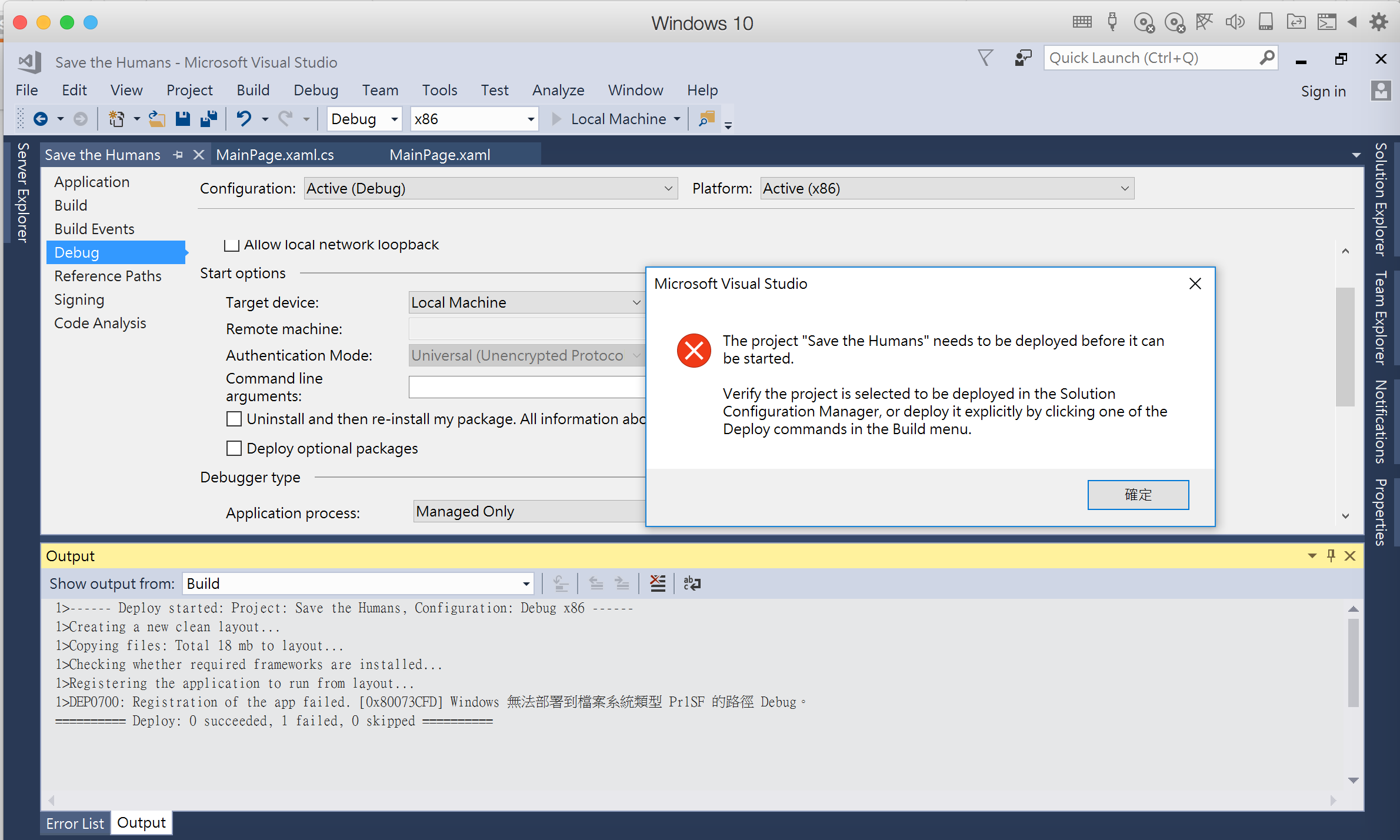 Explain about the error message in the picture:

First I want to say, I'm new to Visual Studio 2017, and I don't know why the language displayed in the Output contains Chinese, I've already changed it to English in the environment settings. Sorry about that if you can't read Chinese.

But what it means in English is :

Since the default path of my project is:

If you right click the iCloud on 'Mac'(X:), you will find that it is of type PrlSF. Yes, as the error message shown, you've stored your project in the wrong place.

I had the same problem and found the following solution in the Parallels forum: https://forum.parallels.com/threads/prlsf-permissions-issue-when-developing-an-uwp-app-in-visual-studio.342549/

So the credit goes to the user JakubZ in the forum:

For further reference, the steps to resolve this issue are as follows:

As an addition: As I had multiple run configurations, I also had multiple OutputPath entries. I had to change all of them accordingly.

Are you sure next to green button "Debug" mode is selected and NOT "Release"? Probably you are trying to deploy application instead od running it in Visual studio - Debug mode..

Not the answer you're looking for? Browse other questions tagged c# visual-studio visual-studio-2017 or ask your own question.