After installing Visual Studio 2017, I just noticed that my Directed Graph Markup Language(.dgml) files can no longer be opened in a visual-designer for editing; it only opens to see the internal format of the file. Does anyone know how I can fix this? Is .DGML no longer supported with Visual Studio 2017?

In case some people arent aware of what this is/was, here's a picture: 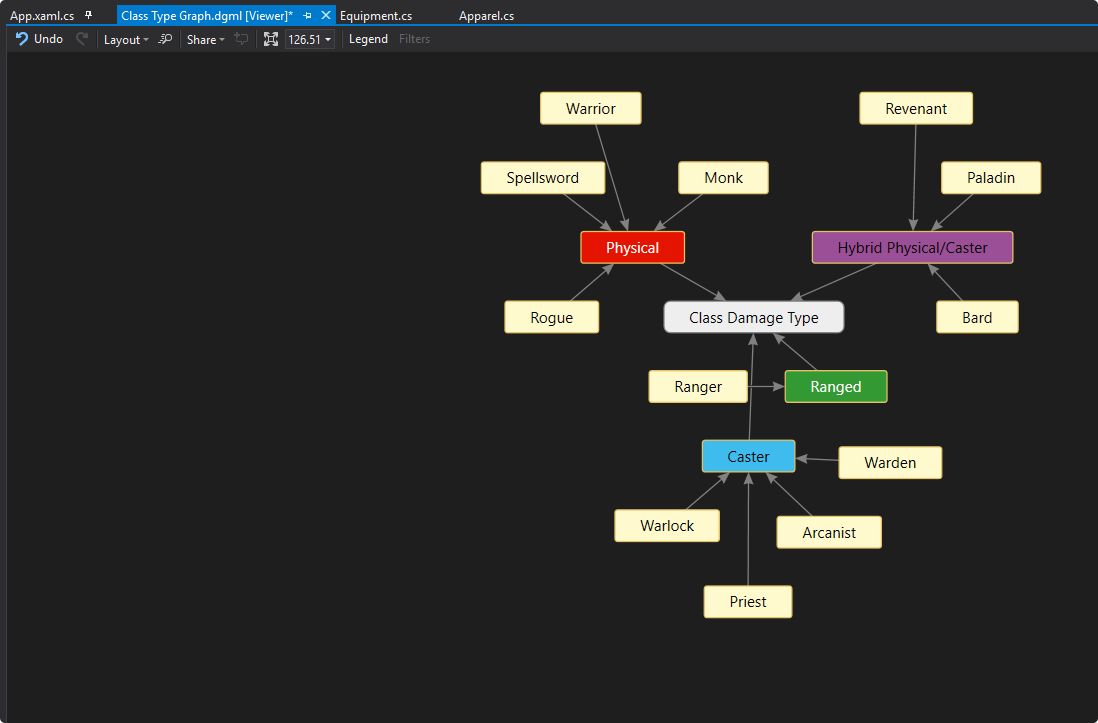 And here is my .dgml file, which was recognized and loaded in Visual Studio 2015 without a problem.

Nevermind, I figured it out. I guess that Visual Studio no longer installs this by default. You have to go in to the Visual Studio Installer->Modify, and tick the box. 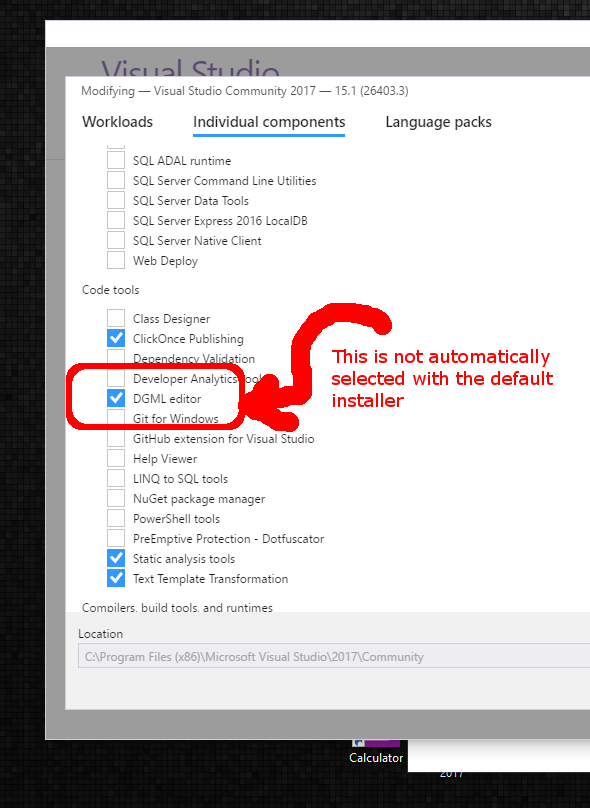 Not the answer you're looking for? Browse other questions tagged visual-studio-2017 dgml or ask your own question.