In what ways it is different from "Parallelism2" or/and "Concurrency2" (look into below image)?

The below image is from ISOCPP. 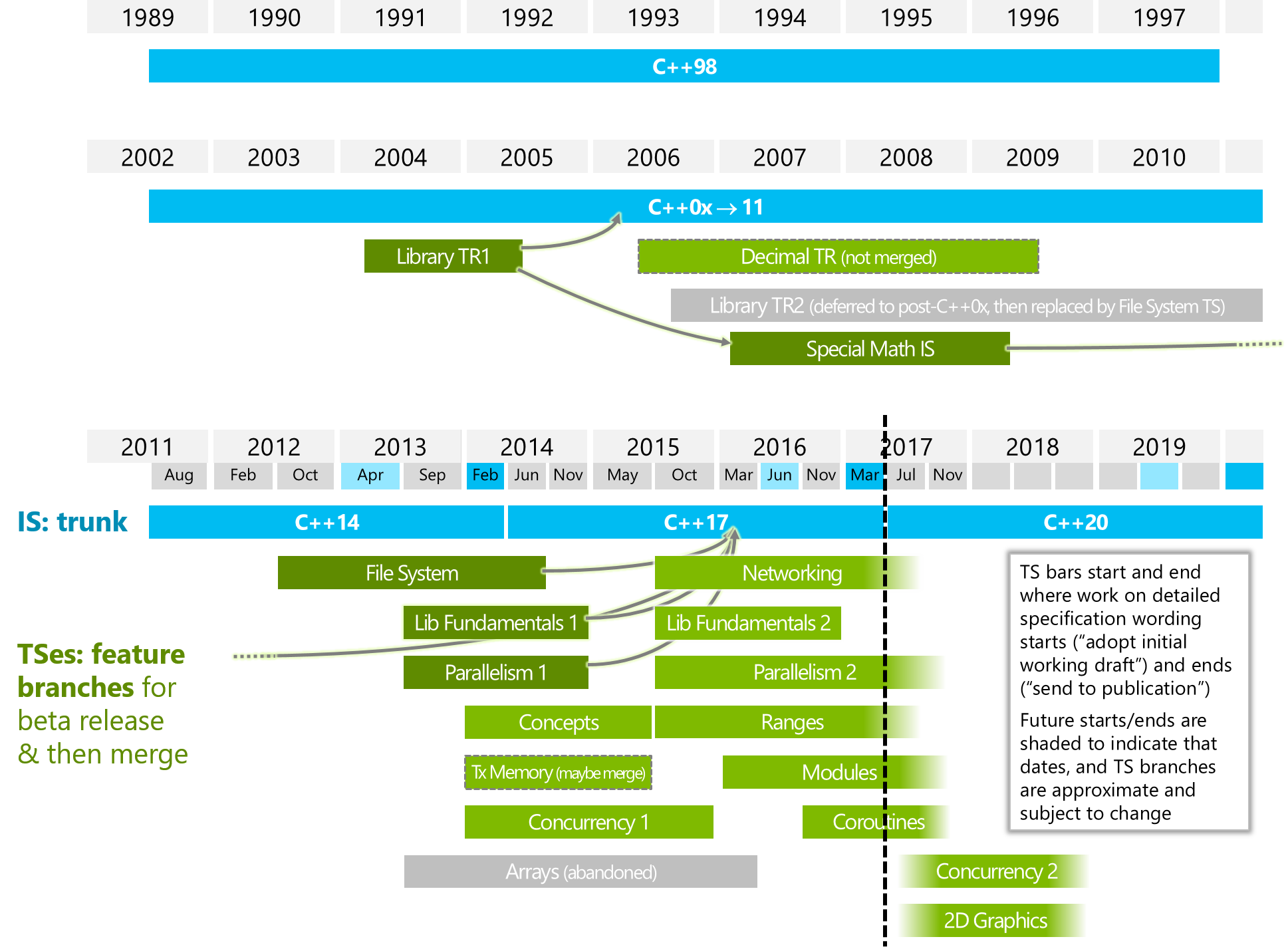 SIMD (single instruction multiple data) has multiple "threads of execution" but only one execution state (it just works on multiple data). Arguably parallel algorithms are a bit like this, in that you have one "program" run on different data.

The easiest example of coroutines are generators or enumerables from other languages.

The Generator is called, and the first time it is called it returns 0. Its state is remembered (how much state varies with implementation of coroutines), and the next time you call it it continues where it left off. So it returns 1 the next time. Then 2.

Finally it reaches the end of the loop and falls off the end of the function; the coroutine is finished. (What happens here varies based on language we are talking about; in python, it throws an exception).

Coroutines bring this capability to C++.

There are two kinds of coroutines; stackful and stackless.

A stackless coroutine only stores local variables in its state and its location of execution.

A stackful coroutine stores an entire stack (like a thread).

Stackless coroutines can be extremely light weight. The last proposal I read involved basically rewriting your function into something a bit like a lambda; all local variables go into the state of an object, and labels are used to jump to/from the location where the coroutine "produces" intermediate results.

The process of producing a value is called "yield", as coroutines are bit like cooperative multithreading; you are yielding the point of execution back to the caller.

There is more to coroutines than a simple generator. You can await a coroutine in a coroutine, which lets you compose coroutines in a useful manner.

Coroutines, like if, loops and function calls, are another kind of "structured goto" that lets you express certain useful patterns (like state machines) in a more natural way.

The specific implementation of Coroutines in C++ is a bit interesting.

At its most basic level, it adds a few keywords to C++: co_return co_await co_yield, together with some library types that work with them.

A function becomes a coroutine by having one of those in its body. So from their declaration they are indistinguishable from functions.

When one of those three keywords are used in a function body, some standard mandated examining of the return type and arguments occurs and the function is transformed into a coroutine. This examining tells the compiler where to store the function state when the function is suspended.

The simplest coroutine is a generator:

You can loop over the integers returned.

co_await meanwhile lets you splice one coroutine onto another. If you are in one coroutine and you need the results of an awaitable thing (often a coroutine) before progressing, you co_await on it. If they are ready, you proceed immediately; if not, you suspend until the awaitable you are waiting on is ready.

load_data is a coroutine that generates a std::future when the named resource is opened and we manage to parse to the point where we found the data requested.

open_resource and read_lines are probably async coroutines that open a file and read lines from it. The co_await connects the suspending and ready state of load_data to their progress.

C++ coroutines are much more flexible than this, as they were implemented as a minimal set of language features on top of user-space types. The user-space types effectively define what co_return co_await and co_yield mean -- I've seen people use it to implement monadic optional expressions such that a co_await on an empty optional automatically propogates the empty state to the outer optional:

A coroutine is like a C function which has multiple return statements and when called a 2nd time does not start execution at the begin of the function but at the first instruction after the previous executed return. This execution location is saved together with all automatic variables that would live on the stack in non coroutine functions.

A previous experimental coroutine implementation from Microsoft did use copied stacks so you could even return from deep nested functions. But this version was rejected by the C++ committee. You can get this implementation for example with the Boosts fiber library.

coroutines are supposed to be (in C++) functions that are able to "wait" for some other routine to complete and to provide whatever is needed for the suspended, paused, waiting, routine to go on. the feature that is most interesting to C++ folks is that coroutines would ideally take no stack space...C# can already do something like this with await and yield but C++ might have to be rebuilt to get it in.

parallelism sounds like concurrency and may be involved but is actually a physical construct involving many processors arranged in a more or less parallel fashion with software that is able to direct portions of code to different processors where it will be run and the results will be received back synchronously.

Not the answer you're looking for? Browse other questions tagged c++ coroutine c++20 or ask your own question.

2772
What is the difference between #include <filename> and #include "filename"?
3633
What are the differences between a pointer variable and a reference variable in C++?
3334
What does the explicit keyword mean?
11785
What does the "yield" keyword do?
9645
What is the "-->" operator in C/C++?
1511
Why do we need virtual functions in C++?
1541
What are rvalues, lvalues, xvalues, glvalues, and prvalues?
2368
What is The Rule of Three?
2322
What are the basic rules and idioms for operator overloading?
1794
Image Processing: Algorithm Improvement for 'Coca-Cola Can' Recognition