Can you test google analytics on a localhost address?

I have to test out my new GA account on my local machine.

Will this work just by copying the standard snippet supplied by Google onto the page ?

I don't want to spend 24 hours waiting to see if it will or won't work.

The current syntax for setting the tracking domain to none on google analytics looks like this:

Google analytics will then fire off the _utm.gif tracker request on localhost. You can verify this by opening the developer tools in your favorite browser and watching the network requests during page load. If it is working you will see a request for _utm.gif in the network requests list.

Google released a new version of analytics called "Universal Analytics" (late 2012 or early 2013). As I write, this the program is still in BETA so the above code is still recommended for most users with existing installations of Google Analytics.

However, for new developments using the new analytics.js code, the Google Analytics, Advanced Configuration - Web Tracking Documentation shows that we can test Universal Analytics on localhost with this new code:

Check out the linked documentation for more details on advanced configuration of Universal Analytics.

Both Global Site Tag - gtag.js and Universal Analytics - analytics.js will detect localhost automatically. You do not need to make any change to the configuration.

If gtag.js detects that you're running a server locally (e.g. localhost), it automatically sets the cookie_domain to 'none'.

This can now be achieved by simply setting the domain to none.

I had the same problem, and all the solutions didn't work until I did two things:

I added localhost another FQDN - domain name. I did this on Windows sistem by editing:

file, and I put in the following:

Then I went to address http://my.domain.org/WebApp that is serving page with included google analytics JS.

If you are on unix, edit /etc/hosts for same result.

It think that Google should put Intranet configuration in ther GA FAQ. They just say that you need FQDA. Yes, you do, but not for them to access you, you need it just to have Host attribute in HTTP request.

I think another reason for FQDN is COOKIES! Cookies are used to track data and if you don't have FQDN, cookie can not be set, and JS code stops and doesn't get the gif.

In addition, if analytics.js detects that you're running a server locally (e.g. localhost) it automatically sets the cookieDomain to 'none'.

The best practice is to setup two separate properties for your development/staging, and your production servers. You do not want to pollute your Analytics data with test, and setting up filters is not pleasant if you are forced to do that.

That being said, Google Analytics now has real time tracking, and if you want to track Campaigns or Transactions, the lag is around 1 minute until the data is shown on the page, as long as you select the current day.

For example, you create Site and Site Test, and each one ha UA-XXXX-Y code.

In your application logic, where you serve the analytics JavaScript, check your environment and for production use your Site UA-XXXX-Y, and for staging/development use the Site Test one.

You can have this setup until you learn the ins and outs of GA, and then remove it, or keep it if you need to make constant changes (which you will test on development/staging first).

After spending about two hours trying to come up with a solution I realized that I had adblockers blocking the call to GA. Once I turned them off I was good to go.

It will work if you use an IP or set domain to none. Details here:

An easier tool to monitor the tracking tags is to use the Chrome extension (probably available, or the equivalent for other browsers) - Google Tag Assistant. This will show what tags are firing, what problems it has found, and even breaks out stuff like eCommerce values for easy reading. Also works with the Google Tag Manager, and can handle multiple sets of tags on the page.

I just want to add to what's been said so far, it may save a lot of headache, you don't need to wait 24 hour to see if it works, yes the total overview take 24 hour, but in Reporting tab, there is a link on left side to Real-Time result and it will show if anyone currently visiting your site, also I didn't have to set 'cookieDomain': 'none' for it to work on localhost, my setting is on 'auto' and it works just fine (I'm using MVC 5), on top of that I've added the script at the end of head tag as google stated in this page:

Paste your snippet (unaltered, in its entirety) into every web page you want to track. Paste it immediately before the closing </head> tag.

here is more info on how to check to see if analytics works properly.

...if analytics.js detects that you're running a server locally (e.g. localhost) it automatically sets the cookieDomain to 'none'....

The recommended JavaScript tracking snippet sets the string 'auto' for the cookieDomain field:

I came across this problem recently, and I found it helpful to explore the new documentation by Google on debugging Analytics. It didn't actually care about sending tracking info to Google Analytics, I just wanted to ensure that the events were firing correctly, and the debugging tools gave me the info I needed. YMMV, I realize doesn't exactly answer the question. 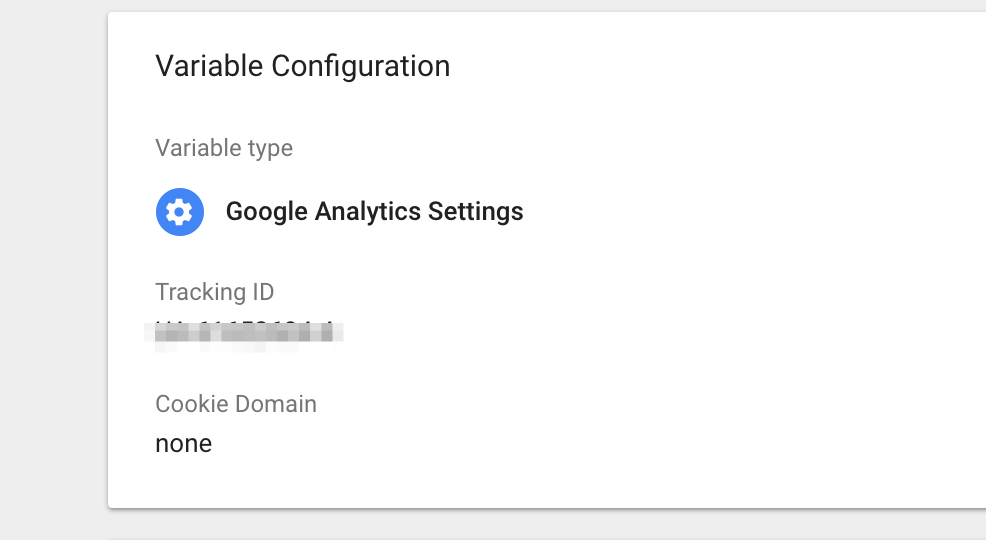 Not the answer you're looking for? Browse other questions tagged google-analytics localhost or ask your own question.