We're using Visual Studio 2015 and TFS 2015. We have a separate build server on which we've deployed a build agent, VS 2015 and the MS extension for installer projects (found here https://marketplace.visualstudio.com/items?itemName=VisualStudioProductTeam.MicrosoftVisualStudio2015InstallerProjects)

Our solution includes a number of setup projects. However, the team build fails when trying to build these projects. The error is

There are a few results returned searching for a solution to this problem (including several pages on Stack Overflow) and they pretty much all boil down to the one suggestion of adding or setting a value of 0 for EnableOutOfProcBuild to the key HKEY_CURRENT_USER\Software\Microsoft\VisualStudio\14.0_Config\MSBuild

We followed this advice and, while it allowed us to build the setup projects from a command line on the build machine, it hasn't helped with the team build. Note, we've tried adding the registry setting in various places but none have helped. Also note, we're running the build agent service under an administrator account.

(note paths and names anonymised) which comes out as expected in the build logs and copying the log command line and executing in a command prompt on the build server does indeed work.

I had the same problem with Jenkins CI Tool The below steps will resolve the issue.

It may resolve your issues. 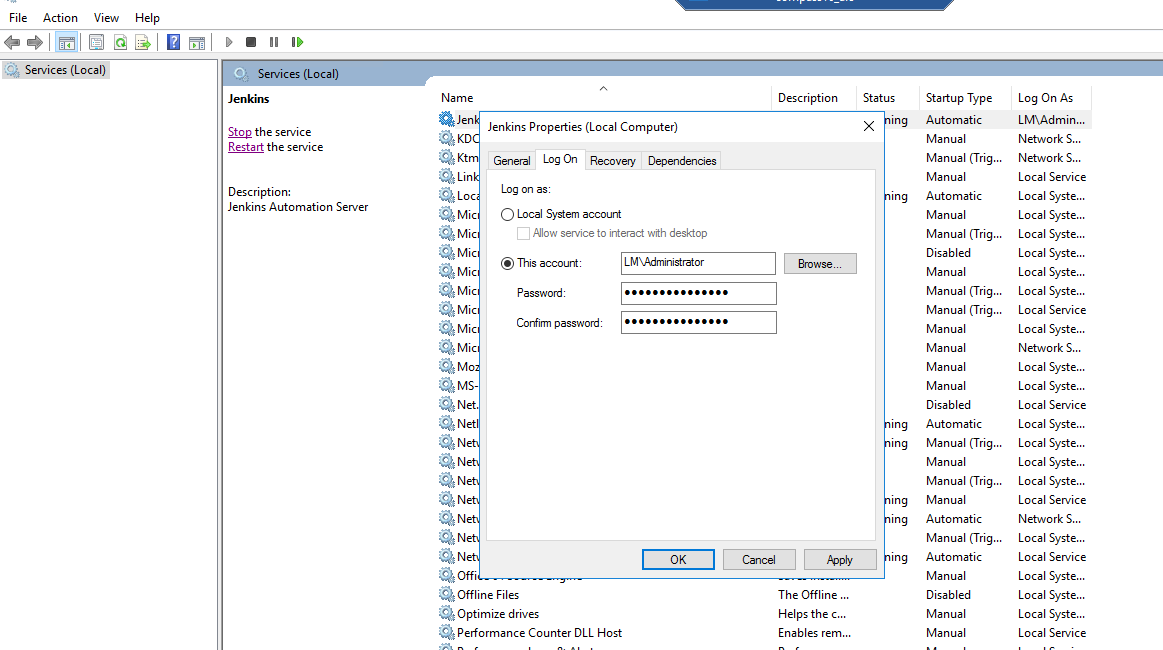 Yes, refer to this blog, you need to set 0 to HKEY_CURRENT_USER\Software\Microsoft\VisualStudio\14.0_Config\MSBuild\EnableOutOfProcBuild.

Then I suggest that before you do that in TFS, you'll have to get it working from the command line first on TFS build agent server, otherwise the build will never work in TFS.

And in the Command Line step, I found that something you need to change:

The solution path and project path you should make sure it is correct and it could be found on build agent server. $(Build.SourcesDirectory) may represents 'C:\Agent_work\1\s'.

Make sure you're calling the correct devenv.com to build the solution.

I had the same problem and i solved that by following steps:

1) Check the Build option for setup project in Solution Property Pages window and save the solution.

2) Create or edit HKEY_CURRENT_USER\Software\Microsoft\VisualStudio\12.0_Config\MSBuild\EnableOutOfProcBuild to have a DWORD of 0. I have VS 2013 installed, so i looked inside "12.0_Config"

3) Try again with devenv command and got the success response

If you run VSTS/TFS/Azure DevOps Private agent as a windows service, right click the service and click on the log on tab, then re-login with administrator or your user account. then restart the service. It will fix this issue.

Not the answer you're looking for? Browse other questions tagged visual-studio-2015 tfs-2015 devenv or ask your own question.