listView not displayed unless I scroll on it

I have a graphical bug on my react native app, and it appears only on iOS, not on android.

When I update the state of my application of the History screen (on startup, or when I add a ride, or when I remove a ride), the list of my ride items in history disappears (implemented using react native ListView). And I need to touch the screen to make it appear. After that, during navigation between screens, I have no issue (because I'm not rerendering the History screen).

I use redux + reactnavigation. On startup, I use a common action "LOAD_RIDES" that I reuse in every screen reducer to update its state. Same with actions ADD_RIDE, REMOVE_RIDE.

But I discovered, that if I navigate to History on startup automatically (by asking my navigation reducer to go to History on startup), and that the update of the screen happens after, while the history screen is displayed already, I don't have this bug (of history items hidden).

Any idea how to solve this? Thanks!

to reproduce the bug, I created that repo: https://github.com/jcharlet/react_native_listview_bug 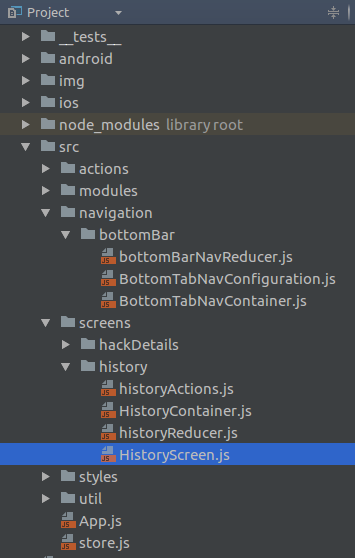 The interesting piece is HistoryScreen where the listView is created. https://github.com/jcharlet/react_native_listview_bug/blob/master/src/screens/history/HistoryScreen.js

So far I tried unsuccessfully to

In Chrome dev tool I looked at the redux state before/after when I'm using the navigation work around (navigating to history screen before loading the rides) and when I'm not: nothing changes.

To quote the guy who answered it:

can be worked around by adding removeClippedSubviews={false} to the ListView. It might cause some performance issues depending on large your list is https://facebook.github.io/react-native/docs/listview.html#removeclippedsubviews but that's what we have been using.

I found a workaround by using a slight delay in setting the datasource.

When the data is loaded from a remote source in the componentWillMount method, the following code is run. Seems to work :

And during the slight delay you can always show a loading screen. It is so short that it is not even visible.

Not the answer you're looking for? Browse other questions tagged ios listview react-native or ask your own question.

1892
How to lazy load images in ListView in Android
424
Background ListView becomes black when scrolling
1
About React Native, Redux , ListView and Navigator
1
Props not being passed into component when using react-native-router-flux with react-redux?
2
React navigation to navigate from redux action file
0
ToastActionsCreators is not defined when using react-native-redux-toast
0
Firebase onAuthStateChanged and Redux state
0
Redirect to a Screen after async action on React-Native Redux Application using redux-thunk