ios app publishing, how to replace a rejected version with a new one

Pardon me for beginner's question

I had an iPhone app released. When I updated to a new version (in the sceenshot, it's 1.1.4), it got rejected due to app did not run at iPhone resolution when reviewed on iPad running iOS 10.3.1

So I fix it by changing the app and publishing it as Universal app, so that it can run on iPad with iPad resolution (instead of iPhone 4 rez).

I already uploaded it (version 1.1.5), but I don't see the option to publish it (the context menu iOS app is greyed out, as in the second screenshot).

I already checked the Apple developer guide but it doesn't have the case how to remove a rejected app. https://developer.apple.com/library/content/documentation/LanguagesUtilities/Conceptual/iTunesConnect_Guide/Chapters/About.html#//apple_ref/doc/uid/TP40011225-CH1-SW1

How do I remove the rejected app and replace it with the new one? Thanks 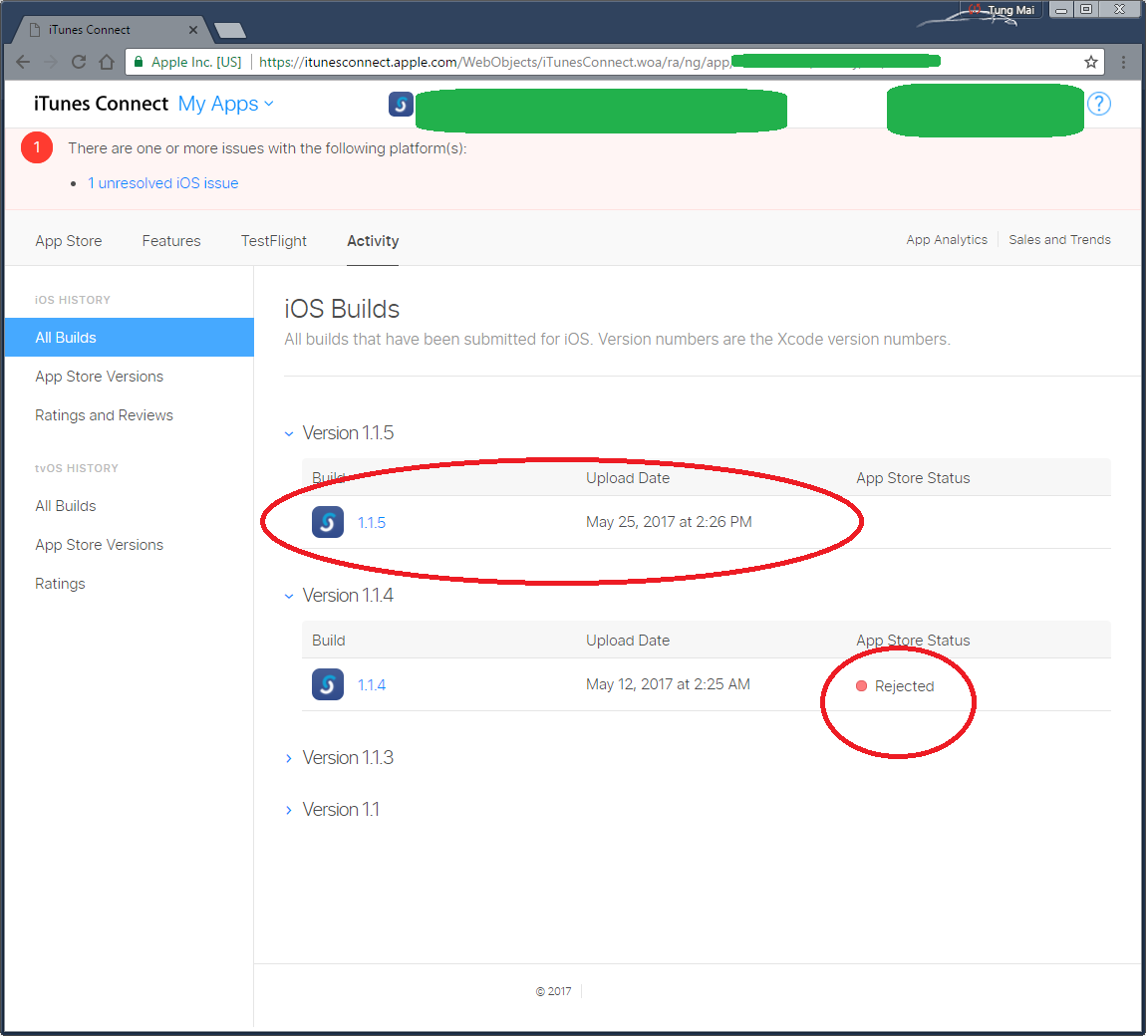 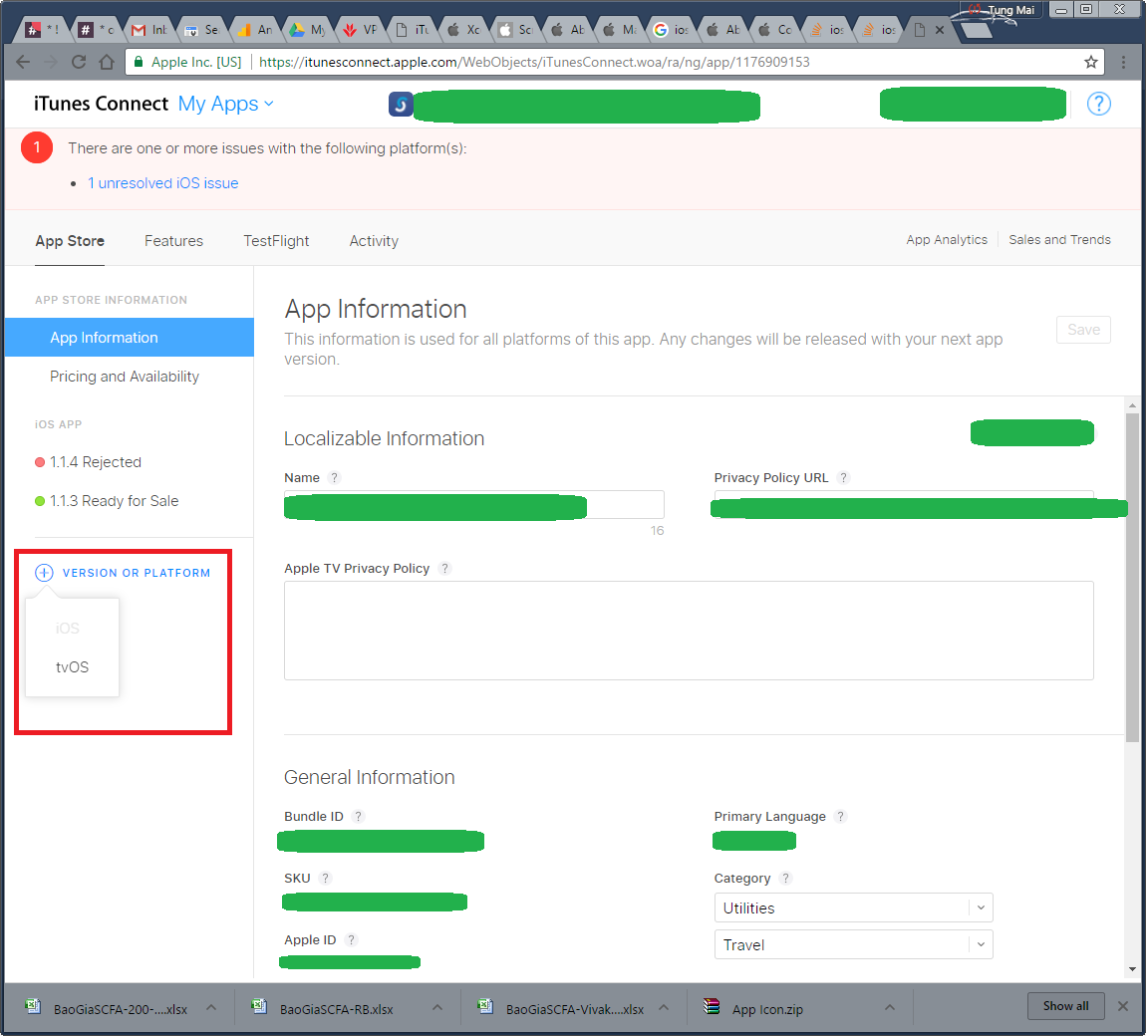 Increase the build number and create a new archive.

Let me know if you face any difficulty

Not the answer you're looking for? Browse other questions tagged ios ipad app-store-connect or ask your own question.

974
How to change the name of an iOS app?
691
How to link to apps on the app store
841
How to check iOS version?
3
iPhone only app rejected because it is a Universal binary
1
Titanium - How to make an iphone-only app run nicely in iPad's compatibility mode?
2
Impossible to Reject Binary in new iTunesConnect UI
0
How can app add on iTunes connect?