In Keras, what exactly am I configuring when I create a stateful `LSTM` layer with N `units`?

The first arguments in a normal Dense layer is also units, and is the number of neurons/nodes in that layer. A standard LSTM unit however looks like the following: 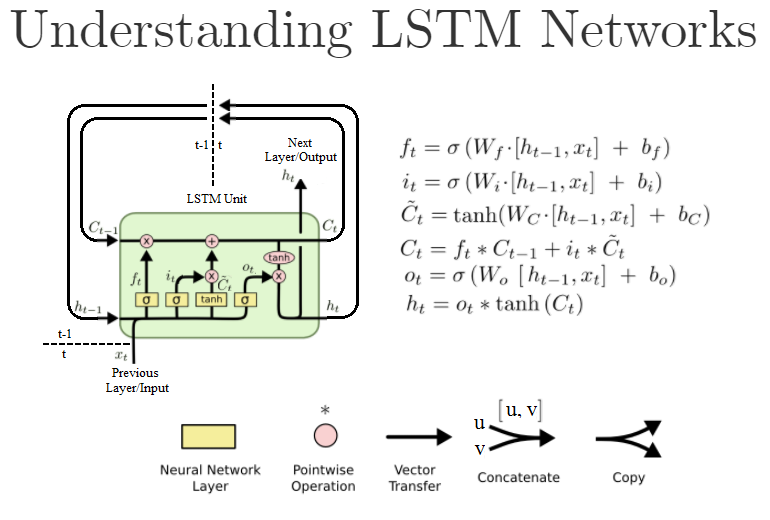 (This is a reworked version of "Understanding LSTM Networks")

In Keras, when I create an LSTM object like this LSTM(units=N, ...), am I actually creating N of these LSTM units? Or is it the size of the "Neural Network" layers inside the LSTM unit, i.e., the W's in the formulas? Or is it something else?

For context, I'm working based on this example code.

The following is the documentation: https://keras.io/layers/recurrent/

It makes me think it is the number of outputs from the Keras LSTM "layer" object. Meaning the next layer will have N inputs. Does that mean there actually exists N of these LSTM units in the LSTM layer, or maybe that that exactly one LSTM unit is run for N iterations outputting N of these h[t] values, from, say, h[t-N] up to h[t]?

If it only defines the number of outputs, does that mean the input still can be, say, just one, or do we have to manually create lagging input variables x[t-N] to x[t], one for each LSTM unit defined by the units=N argument?

As I'm writing this it occurs to me what the argument return_sequences does. If set to True all the N outputs are passed forward to the next layer, while if it is set to False it only passes the last h[t] output to the next layer. Am I right?

You can check this question for further information, although it is based on Keras-1.x API.

And LSTM in Keras only define exactly one LSTM block, whose cells is of unit-length. If you set return_sequence=True, it will return something with shape: (batch_size, timespan, unit). If false, then it just return the last output in shape (batch_size, unit).

As for the input, you should provide input for every timestamp. Basically, the shape is like (batch_size, timespan, input_dim), where input_dim can be different from the unit. If you just want to provide input at the first step, you can simply pad your data with zeros at other time steps.

Does that mean there actually exists N of these LSTM units in the LSTM layer, or maybe that that exactly one LSTM unit is run for N iterations outputting N of these h[t] values, from, say, h[t-N] up to h[t]?

First is true. In that Keras LSTM layer there are N LSTM units or cells.

If you plan to create simple LSTM layer with 1 cell you will end with this:

And this would be your model.

For the other models you would need N>1 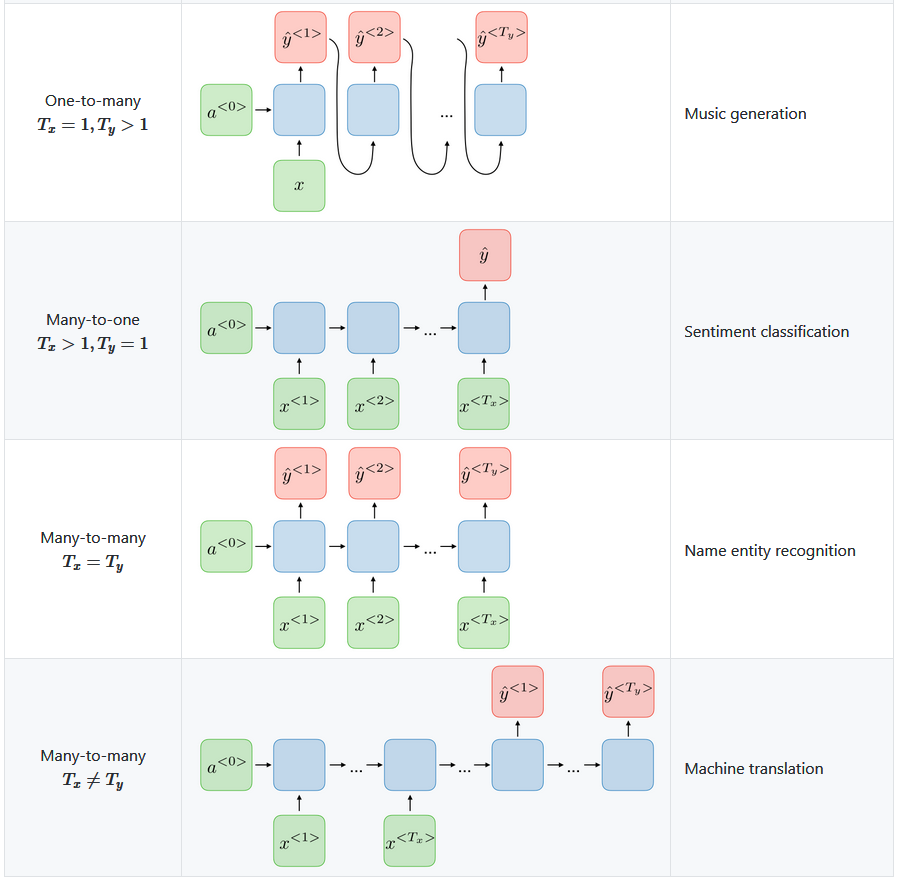 How many instances of "LSTM chains"

The proper intuitive explanation of the 'units' parameter for Keras recurrent neural networks is that with units=1 you get a RNN as described in textbooks, and with units=n you get a layer which consists of n independent copies of such RNN - they'll have identical structure, but as they'll be initialized with different weights, they'll compute something different.

Alternatively, you can consider that in an LSTM with units=1 the key values (f, i, C, h) are scalar; and with units=n they'll be vectors of length n.

"Intuitively" just like a dense layer with 100 dim (Dense(100)) will have 100 neurons. Same way LSTM(100) will be a layer of 100 'smart neurons' where each neuron is the figure you mentioned and the output will be a vector of 100 dimensions

Not the answer you're looking for? Browse other questions tagged tensorflow neural-network keras lstm or ask your own question.

392
Understanding Keras LSTMs
8
How to interpret clearly the meaning of the units parameter in Keras?
6
What is the architecture behind the Keras LSTM Layer implementation?
2
LSTM architecture in Keras implementation?
2
Understanding the model of openAI 5 (1024 unit LSTM reinforcement learning)
0
Keras: Understanding the number of trainable LSTM parameters
0
How to deciding number of units in the Embedding, LSTM, layers in the deep learning

392
Understanding Keras LSTMs
4
Input Shape Error in Second-layer (but not first) of Keras LSTM
371
Keras input explanation: input_shape, units, batch_size, dim, etc
21
Can someone explain to me the difference between activation and recurrent activation arguments passed in initialising keras lstm layer?
1
keras lstm(100) and lstm(units=100) produces different results?
107
What is the role of TimeDistributed layer in Keras?
1
Transfer Learning, adding Keras LSTM layer, (hot dog, not hot dog using binary cross-entropy)
6
What is the architecture behind the Keras LSTM Layer implementation?
3
keras lstm difference stateless and stateful
7
What is the meaning of multiple kernels in keras lstm layer?