My Delphi application includes a help file that the user can call from anywhere in the application (well... that is, for all the parts I've written so far...)

It also includes the ability for the user to switch from the regular style to another VCL style from a list.

When no style is applied, the help file displays normally like this : 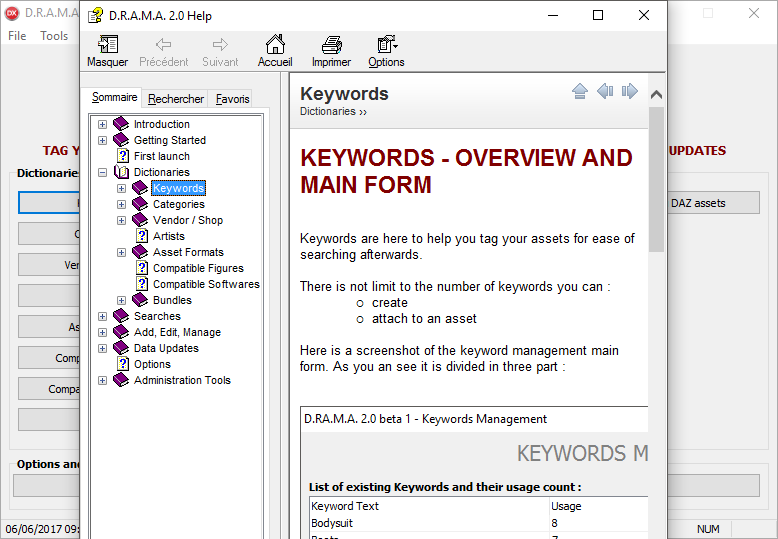 But as soon as a VCL style is active, the Help file does not display correctly anymore, like this : 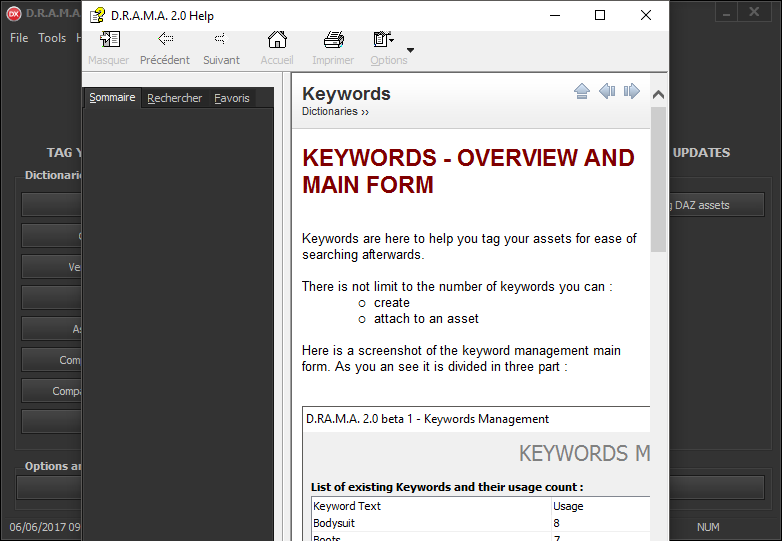 Is this due to the way I declare the HelpFile on main Form creation like this (path being a global variable pointing to the main exe folder):

or is this a known problem that can not be solved ?

SIDE NOTE : the help is called on helpContext should that be important to mention and the HtmlHelpViewer is added to the uses clause.

This answer was taken from https://forums.embarcadero.com/thread.jspa?threadID=227785 and I've confirmed works very well.

Drop a TApplicationEvents component onto the applications main form.

Implement the OnHelp event of that component as this:

On the main form, implement the CloseHelpWnd method as this:

You would replace 'Your help file title' with the title of your help file. This is the window caption title when you open the help file directly.

In the FormDestroy event for the main form, include a call to

So far we've not seen any issues with the above method, and because we are running the help file in a separate process, it is not affected by the VCL Styles problems evident in Delphi 10.2 Tokyo.

NOTE: It does not have to be the applications main form, but it must be a form that is created before the help system is needed and remains instantiated while the application is running. In our case, we did it on a common resources form and then all programs we rebuilt with the new form had the help problem resolved.

NOTE: You still need to set the Application.HelpFile property as normal, but you don't need to include the HtmlHelpViewer unit in the Uses clause.

Not the answer you're looking for? Browse other questions tagged delphi chm vcl-styles or ask your own question.

8
Delphi XE2: Reloading a custom VCL style from file?
5
How can I get the Style Name of a vsf file (VCL Style file)?
5
Delphi XE2 VCL styles not drawing TabSheets correctly
2
Helpfile (.chm) on network drive not opening from delphi(.exe) application
3
TComboBoxEx item isn't drawing correctly when BiDiMode= bdRightToLeft and Style= csDropDownList and application use VCL Style
8
Property "ofOverwritePrompt" for TSaveDialog does not work when VCL Styles are used in Delphi 10.1 Berlin
0
Ownerdraw VCL grids not picking expected selected colour for VCL Style