How to assign more memory to docker container

As the title reads, I'm trying to assign more memory to my container. I'm using an image from docker hub called "aallam/tomcat-mysql" in case that's relevant.

When I start it normally without any special flags, there's a memory limit of 2GB (even though I read that memory is unbounded if not set)

Here are my docker stats

I tried setting memory explicitly like so but with same results

I've read that perhaps the VM is what's restricting it. But then why does docker stats show that container size limit is 2GB?

That 2GB limit you see is the total memory of the VM (virtual machine) on which docker runs.

If you are using Docker Desktop you can easily increase it from the Whale 🐳 icon in the task bar, then go to Preferences -> Advanced: 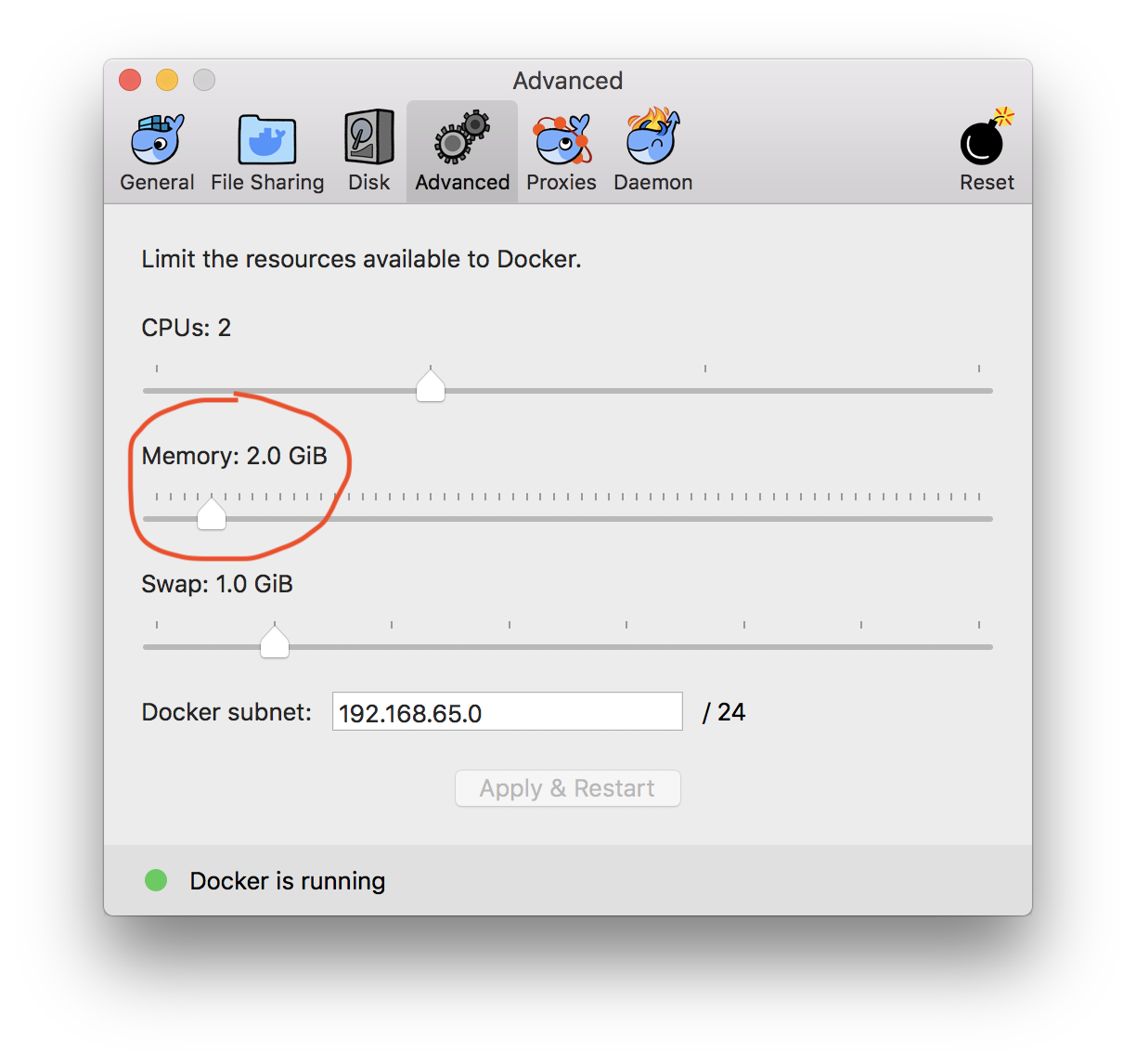 But if you are using VirtualBox behind, open VirtualBox, Select and configure the docker-machine assigned memory.

See this for Mac:

MEMORY By default, Docker for Mac is set to use 2 GB runtime memory, allocated from the total available memory on your Mac. You can increase the RAM on the app to get faster performance by setting this number higher (for example to 3) or lower (to 1) if you want Docker for Mac to use less memory. 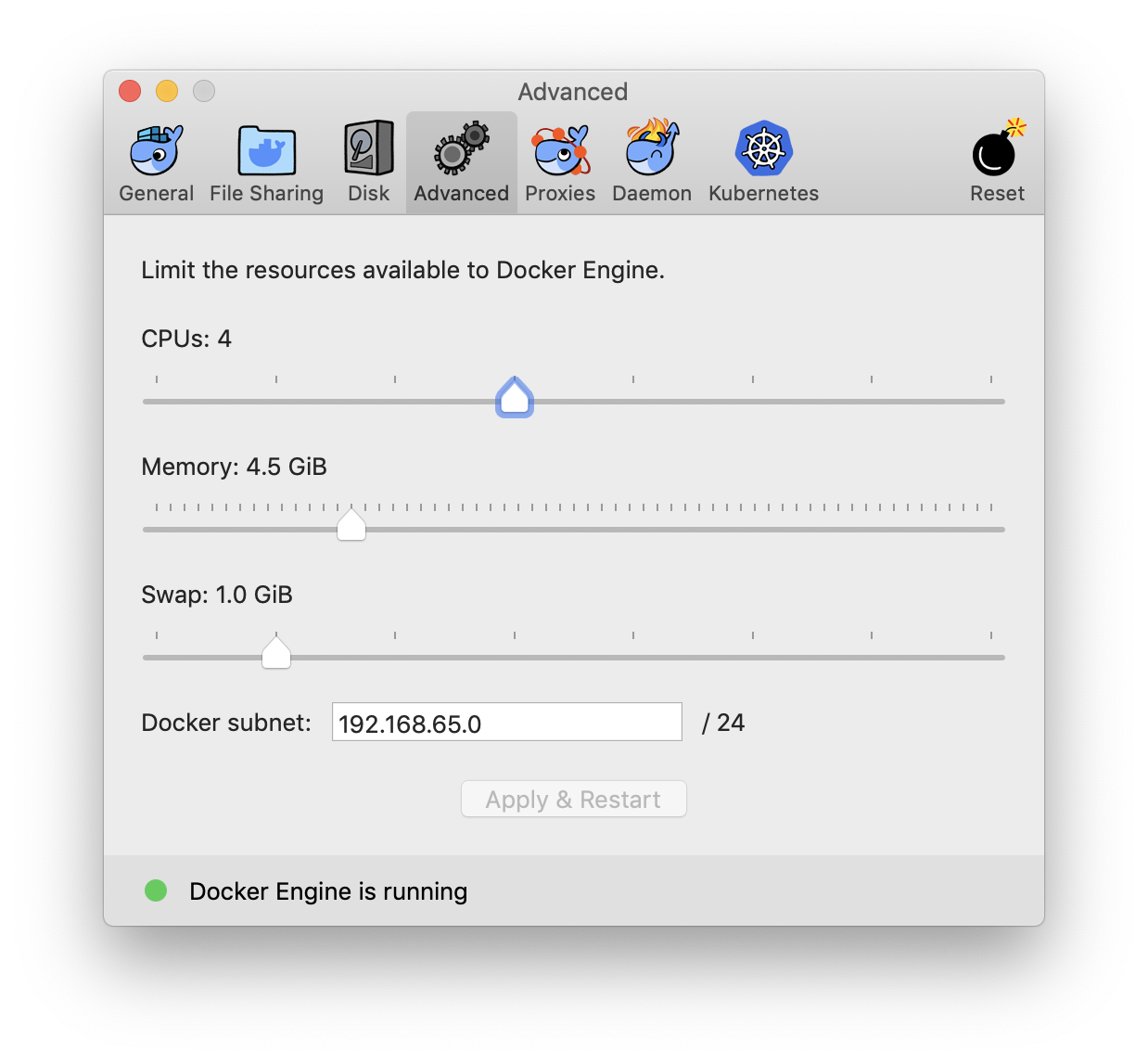 This will set the maximum limit docker consume while running containers. Now run your image in new container with -m=4g flag for 4 gigs ram or more. e.g.

If you want to change the default container and you are using Virtualbox, you can do it via the commandline / CLI: 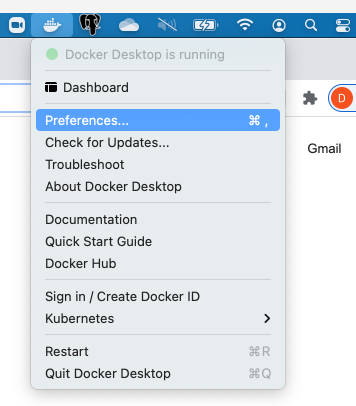 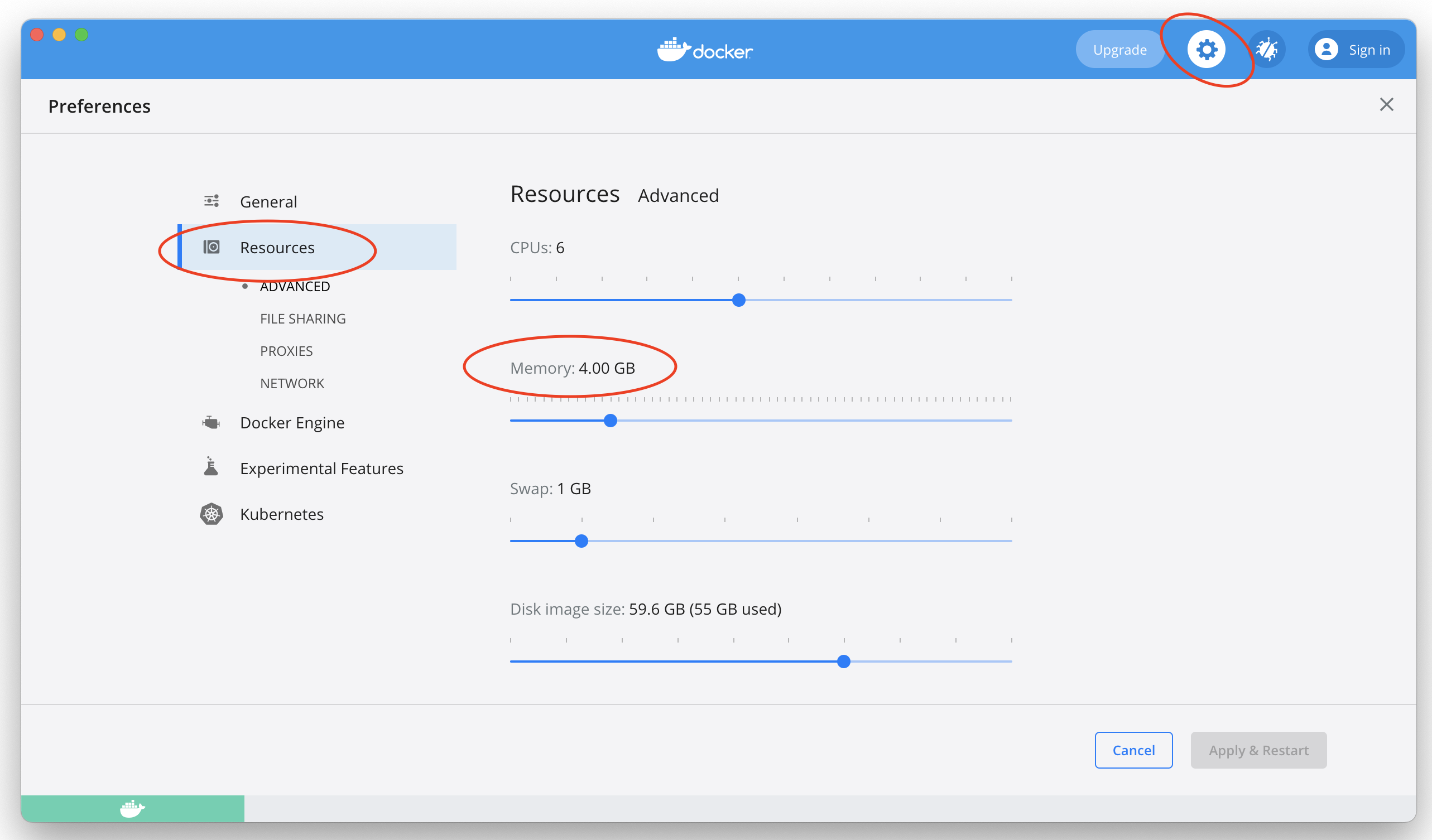