This is probably a really noob question, but the fact of the matter is that my Code::blocks wouldn't show me errors when it compiles - it only shows a red bar next to the offending line as shown in screenshot. Also, when my code does run and has output, CB opens a new window instead of showing the output in a pane in the bottom of the editor window like some other IDEs. How do I enable either/both, since they're probably the same feature? Thanks! 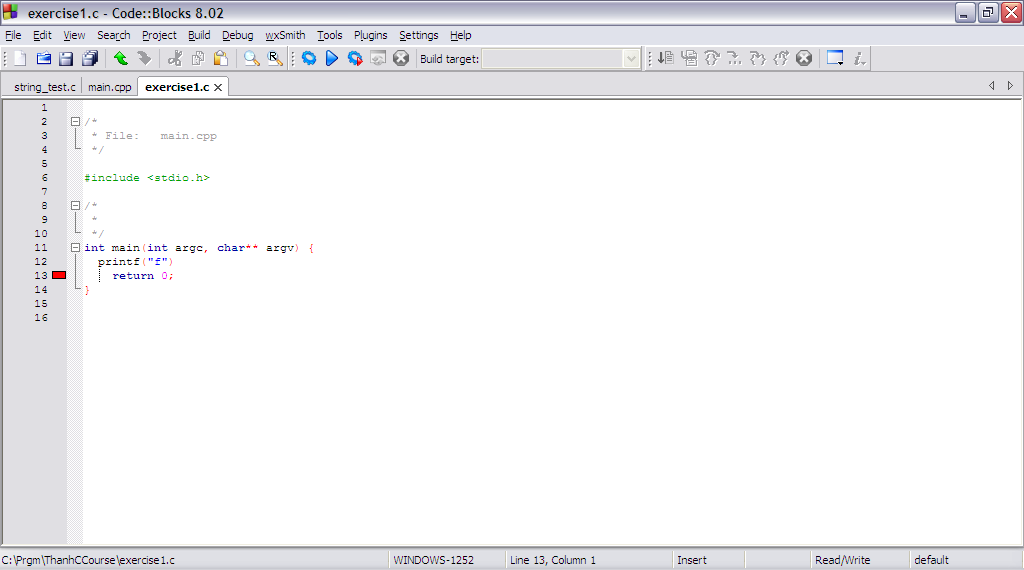 Have a good developing!

go to view -> perspective -> and enable code::Blocks default, you can see your projects left side and down the build logs and messages etc.

You just need to hit F2 to enable the "log & others" pane.

Not the answer you're looking for? Browse other questions tagged ide codeblocks or ask your own question.