right now I am establishing the Nimbus Look and Feel to an Application which is already in use for some time. The Application contains some JTrees which I want to have to display vertical and horizontal lines.

Under java version 1.7 which I used earlier this was easy to set up with those specific entries in the UIDefaults:

As implied above this works totally fine as long as I am using a jre with the verion 1.7, as soon as I use 1.8 the vertical lines in the JTree wont get displayed.

I just wanted to ask if anybody knows if this a known issue of Nimbus under java 1.8 and if so, does anyone know a solution or workaround to this problem?

EDIT: Here some example code to clarify my Problem:

This is just an example code, not the actual software I am currently working at, so I think the issue is up to a mistake I did in both codes or its some problem with the java-version 1.8.

The usage of jdk1.7 and jdk1.8 leads to two different results: 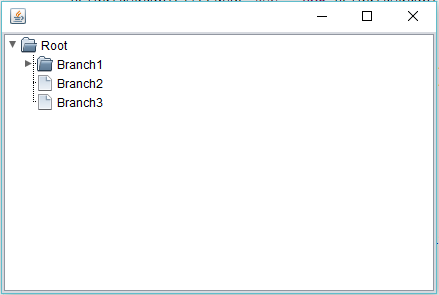 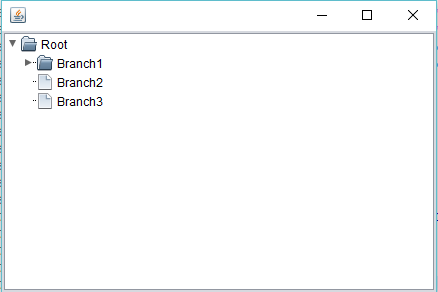 As you can see the horizontal lines in the 1.8-version are missing.

I think I found a workaround to this problem. I just have implemented my own SynthTreeUI-class and overwritten the "paintVerticalPartOfLeg()"-method.

I have adopted the code out of the BasicTreeUI-class nearly one-to-one with two little differences.

There are two conditions in this class which I had to delete in order to make it work for my program, because I had no access to the variables of the super class.

As soon as I deleted these parts the appearence of the JTree went back to normal.

Here the code snippets mentioned above:

Because there was no exception thrown at runtime, I guess its probably the first one which causes the issue.

"paintLines" is a boolean attribute which proves if the following Property is set to true:

But even though I set the value of this property to true, it still didn´t work I had to create my own TreeUI-class.

I compared the source code of the BasicTreeUI-class from both versions to each other but couldn´t find any differences in the "paintVerticalPartOfLeg()"-method nor how the attribute "paintLines" is been handled.

Are you even able to reconstruct my Problem or does it only affect me?

I dont think that I have the time to check further on this issue in the near future, so I would appreciate if anyone who gets to find out what causes the issue, would post it in this thread.

Not the answer you're looking for? Browse other questions tagged java swing jtree look-and-feel nimbus or ask your own question.

0
Subclass of TreeNode DnD issue
7
JTree Line Style and Nimbus
0
Java nimbus Look and feel view is always different
8
changing how Nimbus LaF handles JTree node highlighting
1
JTree select node by clicking anywhere on the row
1035
How to set or change the default Java (JDK) version on macOS?
3
Switching JPanels
2
JTree Nimbus Selectionbackground not Working on Java 1.8
4
Why does this sort in Java 1.8