How to see docker image contents

I did a docker pull and can list the image that's downloaded. I want to see the contents of this image. Did a search on the net but no straight answer.

You can just run an interactive shell container using that image and explore whatever content that image has.

Or following for images with an entrypoint

Or if you want to see how the image was build, meaning the steps in its Dockerfile, you can:

The steps will be logged into the image_history file.

The accepted answer here is problematic, because there is no guarantee that an image will have any sort of interactive shell. For example, the drone/drone image contains on a single command /drone, and it has an ENTRYPOINT as well, so this will fail:

And this will fail:

This is not an uncommon configuration; many minimal images contain only the binaries necessary to support the target service. Fortunately, there are mechanisms for exploring an image filesystem that do not depend on the contents of the image. The easiest is probably the docker export command, which will export a container filesystem as a tar archive. So, start a container (it does not matter if it fails or not):

Then use docker export to export the filesystem to tar:

The docker ps -lq there means "give me the id of the most recent docker container". You could replace that with an explicit container name or id.

You should not start a container just to see the image contents. For instance, you might want to look for malicious content, not run it. Use "create" instead of "run"; 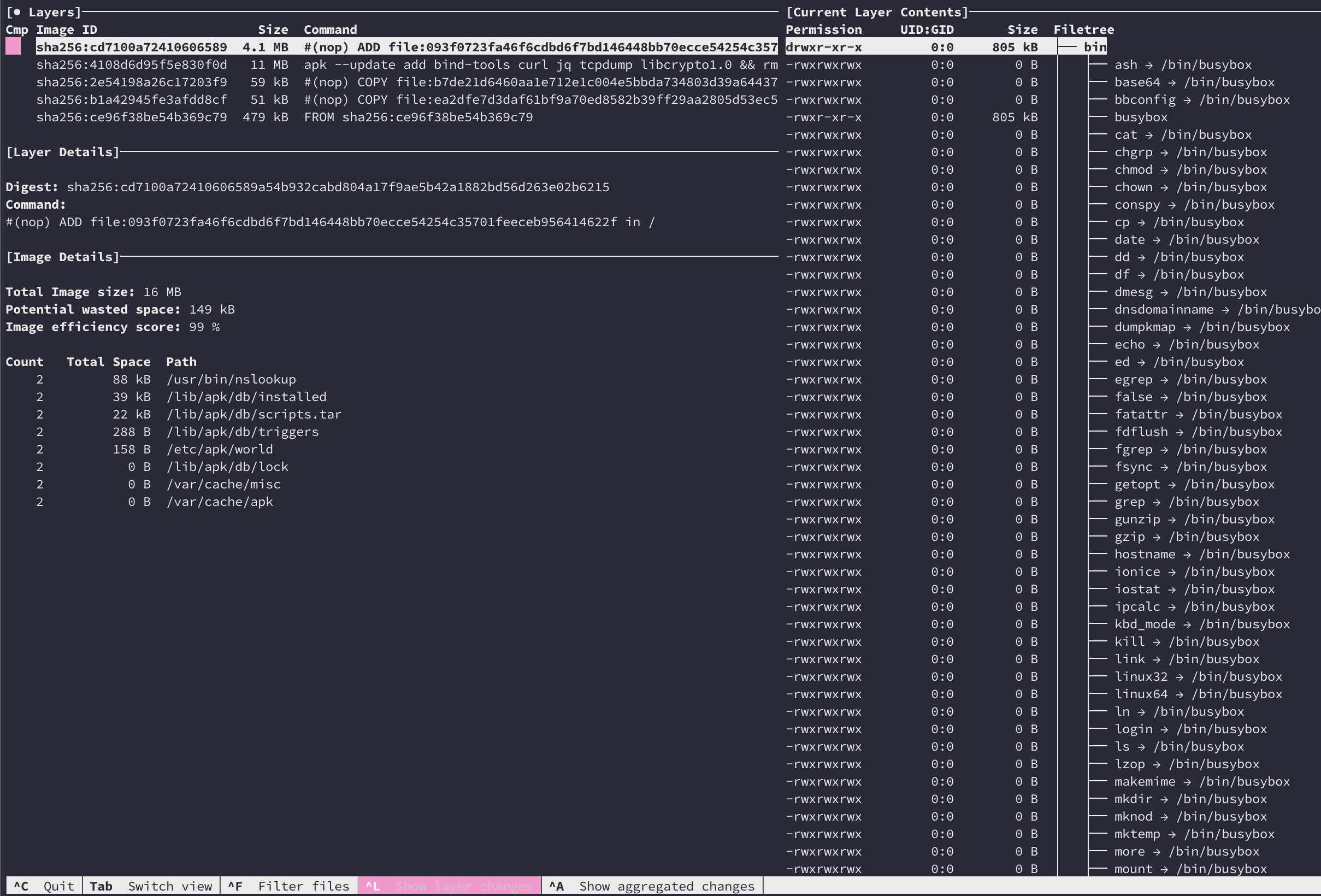 Look for entrypoint or cmd in the JSON return.

once inside do: ls -lsa or any other shell command like: cd ..

The -it stands for interactive... and TTY. The --rm stands for remove container after run.

If there are no common tools like ls or bash present and you have access to the Dockerfile simple add the common tool as a layer.
example (alpine Linux):

And when you don't have access to the Dockerfile then just copy/extract the files from a newly created container and look through them:

To list the detailed content of an image you have to run docker run --rm image/name ls -alR where --rm means remove as soon as exits form a container. 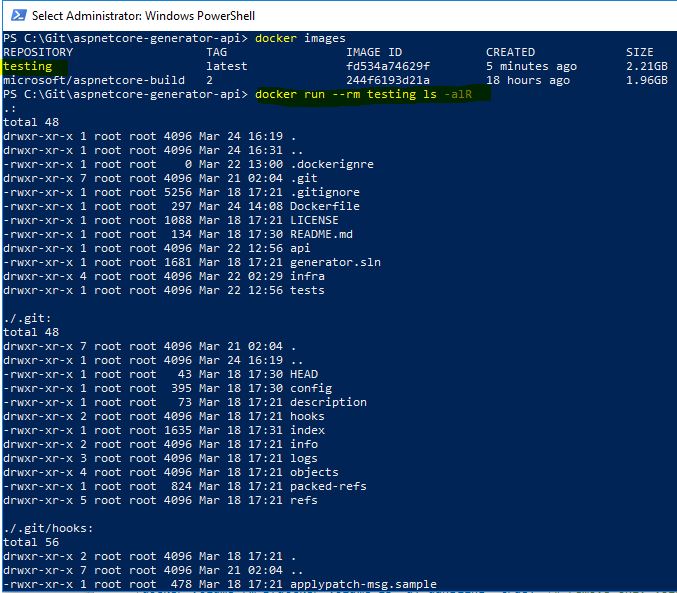 We can try a simpler one as follows:

This worked in Docker version:

if you want to check the image contents without running it you can do this:

This works fine with the current default BTRFS storage driver.

There is a free open source tool called Anchore that you can use to scan container images. This command will allow you to list all files in a container image

Perhaps this is nota very straight forward approach but this one worked for me. I had an ECR Repo (Amazon Container Service Repository) whose code i wanted to see.

This will make you reach the file. It can happen that even that file is tarred, so untar it using the command mentioned in step 2.

If you dont know the code you are searching for, you will need to go through all the files that you got after step 2 and this can be bit tiring.

With Docker EE for Windows (17.06.2-ee-6 on Hyper-V Server 2016) all contents of Windows Containers can be examined at C:\ProgramData\docker\windowsfilter\ path of the host OS.

Folder prefix can be found by container id from docker ps -a output.

1
Explore content of files of nginx container on my host machine
941
Exploring Docker container's file system
4
how to browse docker image without running it?
3
How to run local Docker Image
0
Docker: get a list of files installed in image
1
Where "sh" comes from in the command $ docker run -it docker.elastic.co/elasticsearch/elasticsearch:7.3.1 sh
0
OCI runtime exec failed: exec failed: container_linux.go:370: starting container process caused:exec:"sh":executable file not found in $PATH:unknown
1
`bundle` not in Docker PATH
1
How to get the original files of Docker Image?