What is Main Thread Checker in Xcode

But i didn't understand what is that how I can use this with new Xcode 9.

It can be enabled/disabled in the diagnostics option of the scheme. Besides, the "Pause on issues" is a comfortable option to debug these problems. 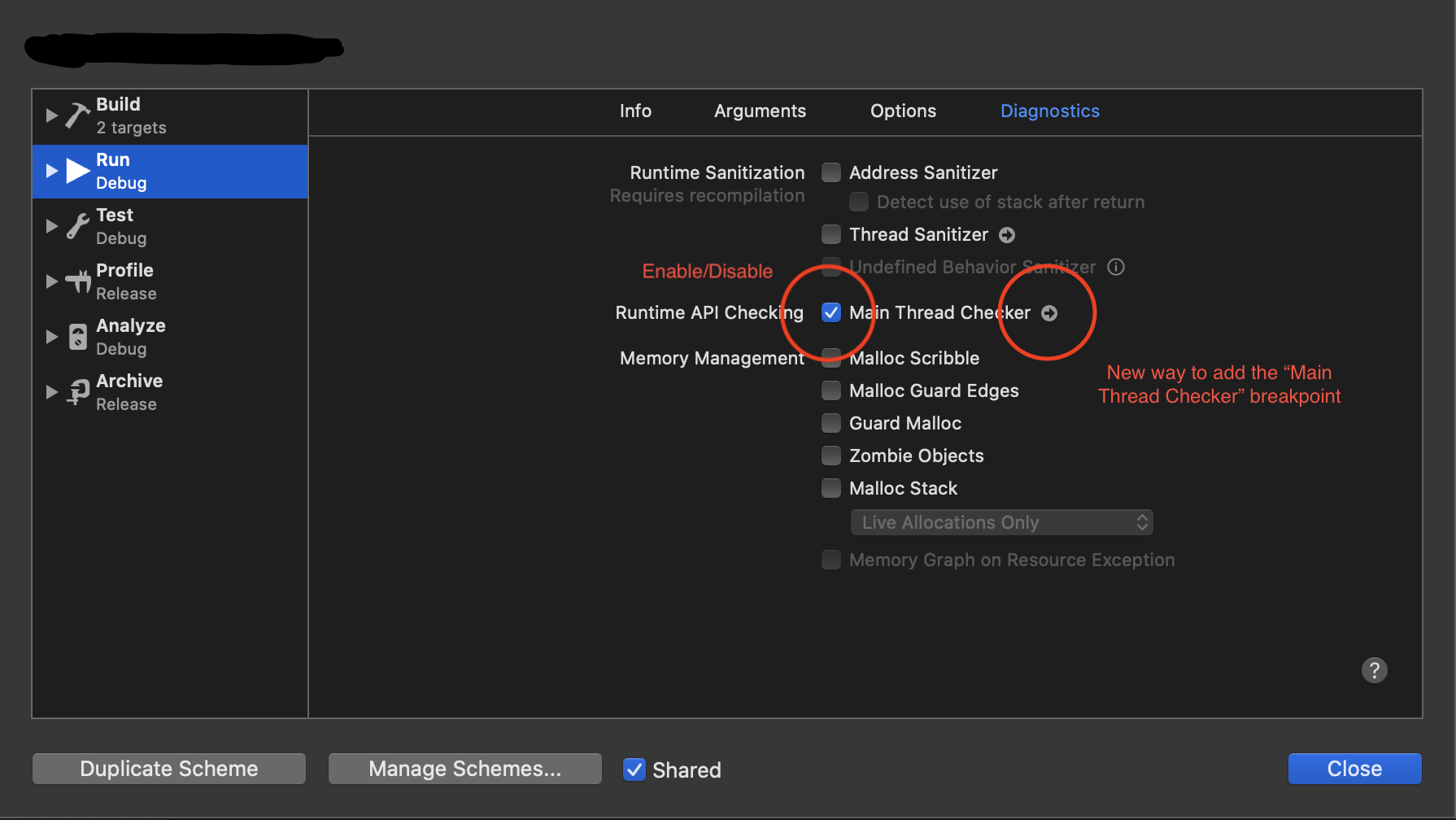 The Main Thread Checker is a standalone tool for Swift and C languages that detects invalid usage of AppKit, UIKit, and other APIs on a background thread. Updating UI on a thread other than the main thread is a common mistake that can result in missed UI updates, visual defects, data corruptions, and crashes.

Crashes would actually be good because we could detect easily such improper use of UIKit, but random visual defects are much harder to detect during development. And that's where the Main Thread Checker comes in.

Solution: Use DispatchQueue.main to perform UI updates on the main thread.

The solution itself has nothing to do with Xcode, it's a feature of the language. So obviously it was possible in previous versions of Xcode, but before Xcode 9 you didn't have the Main Thread Checker to help you detect the problem.

As @hamish points out, you can also watch the WWDC video for a more detailed explanation.

Under the Runtime API Checking section, ensure that the Main Thread Checker is enabled to see if you are executing ui methods in a non-UI thread 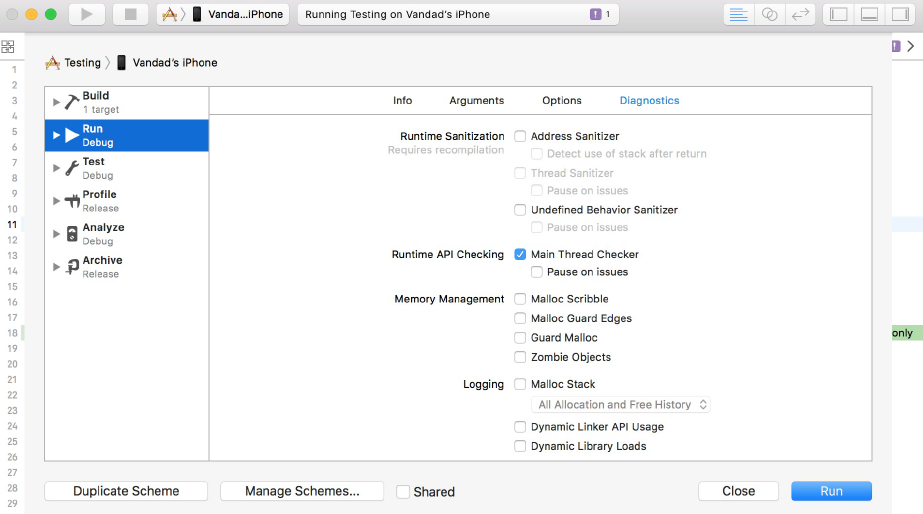 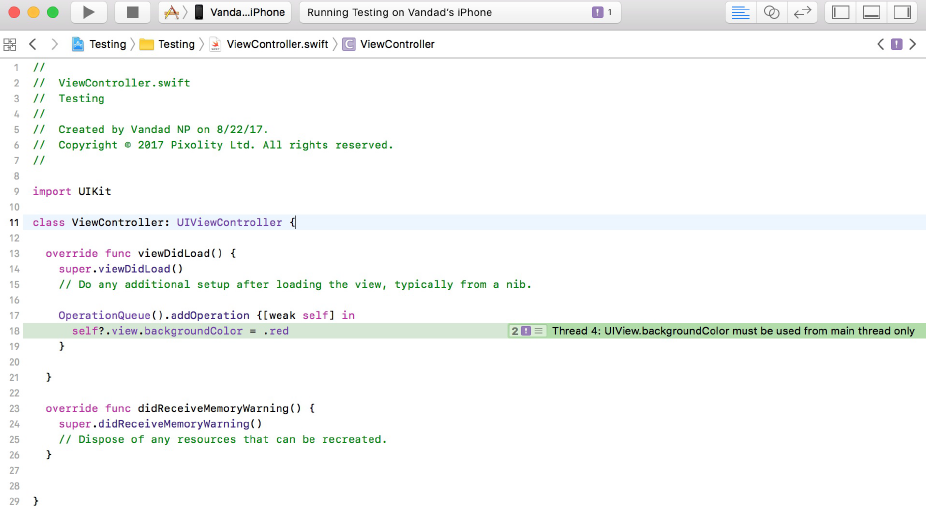 Not the answer you're looking for? Browse other questions tagged ios swift ios12 or ask your own question.

1
Java.awt.Robot keyPress and keyRelease not working at all
0
objecte-c Modifications to the layout engine must not be performed from a background thread after it has been accessed from the main thread
-2
Objective-C UIAlertController Crash on iOS 14
1
IOS app UI freeze after playing GIF in SceneKit

1088
How to change the name of an iOS app?
1287
Xcode - How to fix 'NSUnknownKeyException', reason: … this class is not key value coding-compliant for the key X" error?
1483
Passing data between view controllers
694
Version vs build in Xcode
1294
performSelector may cause a leak because its selector is unknown
1094
How do I call Objective-C code from Swift?
901
Xcode error "Could not find Developer Disk Image"
851
Xcode 7 error: "Missing iOS Distribution signing identity for ..."
752
Hide strange unwanted Xcode logs
739
Xcode building for iOS Simulator, but linking in an object file built for iOS, for architecture 'arm64'