How to set [Bash on Ubuntu on Windows] [environment variables] from [windows path]?

Try to use samza.apache.org/startup/hello-samza/0.7.0/ with Bash On Windows

where the flowing code

on CMD when i run

I want to import the path data to bash 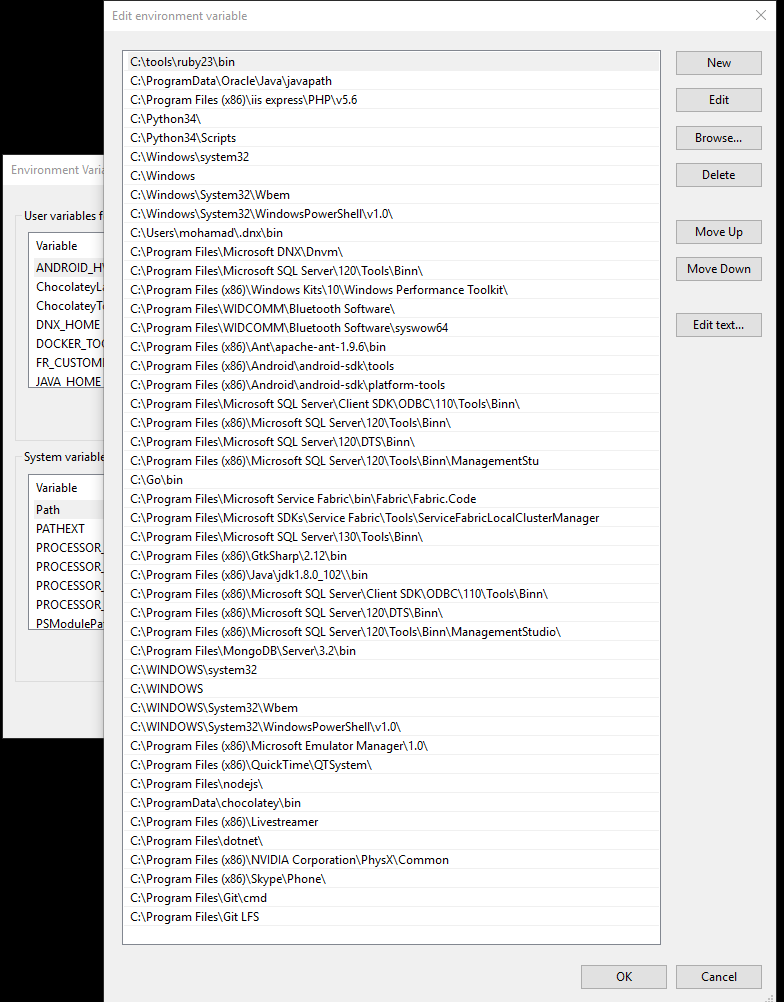 Update (response to your edit):

I wouldn't recommend trying to automatically import your Windows paths to Bash on Ubuntu on Windows, because the paths have to be converted to be understood by the bash shell (\ to /, C:\ to mnt/c/ and so on), and because not all of the tools you're probably going to reference will work on both Windows and Linux. Instead, install what you need on the Bash shell using apt-get (you don't need to use sudo because BUW loads in a root shell). Java is probably fine to reference as above, but most things you'll want installed separately on Ubuntu.

As a quick solution, I created a powershell script that would

Now, all you need to do is run this script in Powershell, copy the output and paste it in WSL/Ubuntu on Windows to populate the environment variables. You could also put all these commands in a .sh file and execute it using bash.

It is a crude solution, but this worked for me. I'm open to suggestions on improving this.

It isn't recommended to use Cygwin (licensing, registry corruption, etc). But below should work. run is documented to run windows programs from the bash shell it gives you.

This one is working for me, by setting WSLENV in the System variables environment.

Not the answer you're looking for? Browse other questions tagged bash ubuntu command-line windows-10 windows-subsystem-for-linux or ask your own question.

4192
How do I check if a directory exists in a Bash shell script?
5805
How do I get the directory where a Bash script is located from within the script itself?
1997
How do I iterate over a range of numbers defined by variables in Bash?
2394
How do I parse command line arguments in Bash?
3234
How to check if a string contains a substring in Bash
2815
How can I check if a program exists from a Bash script?
3783
How do I tell if a file does not exist in Bash?
2162
How to check if a variable is set in Bash
3311
How to concatenate string variables in Bash
2208
How do I set a variable to the output of a command in Bash?