I created a new ARKit SpriteKit demo project using Xcode's new project template and saw on a tutorial https://dev.to/osterbergjordan/arkit--vision-an-intriguing-combination that I should replace this in the viewDidLoad. The blog author didn't know why this line should be replaced. Note that I didn't do any of the other changes in their blog - just kept the vanilla ARKit starter project with the alien invader labels on touch.

which makes the demo work - but now shows the warning Unable to load custom class 'Scene' from module '(null)' in the logs.

As suggested by ricardopereira updating XCode beta (from beta 2 to beta 4) solved the problem. Still not sure why beta 2 had the issue with Scene class touch events being ignored. I've also updated the question title with the XCode version so that others having the same problem would quickly diagnose.

The starter project work just fine out of the box. At least with Xcode Version 9.0 beta 3 (9M174d). I tested it and it compiles successfully. 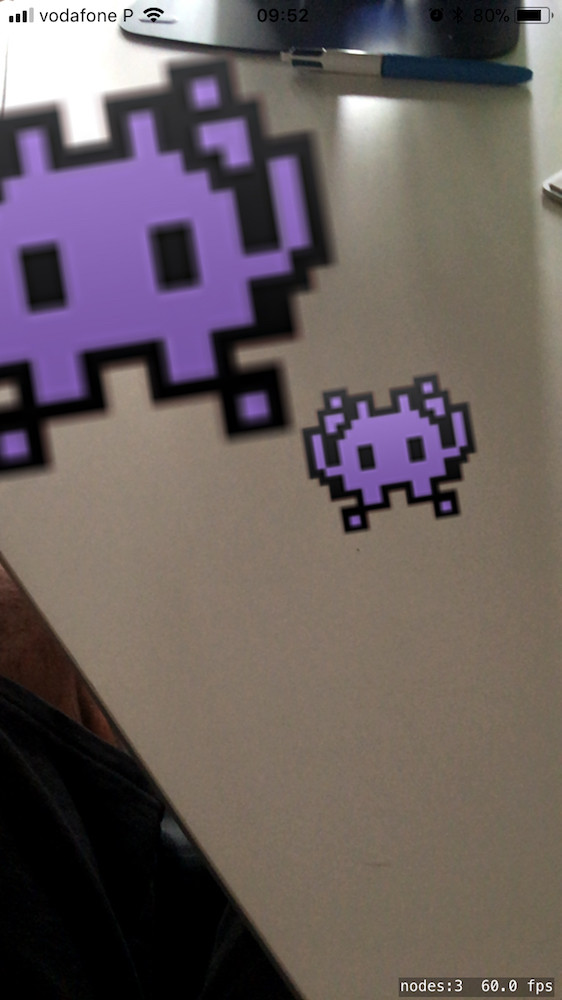 You should contact te author of that blog because many steps on that article doesn't make sense. The author says "a bug that I encountered when creating this project_", which bug?! What is he talking about?

Not the answer you're looking for? Browse other questions tagged ios xcode sprite-kit arkit or ask your own question.