I'm building an android app using React Native, but I have problem when it comes to setting the Text colour. I cannot seem to use other colour than Black or White. For example; using

would cause the text to be Black colour instead of Red. I have used React Native to build app for iOS and changing the colour like this works there, but somehow not on Android. I've checked the documentation but didn't see any mentions on limitation either. Is there a certain settings that I have to set first before being able to set text colour on Android?

I've tried stripping everything to just a basic class but still doesn't seem to work:

It seems that React-Native page actually have a line that states:

Since my device was running Android 5.1. It caused issues like this one.

Have you tried to change its android version ? 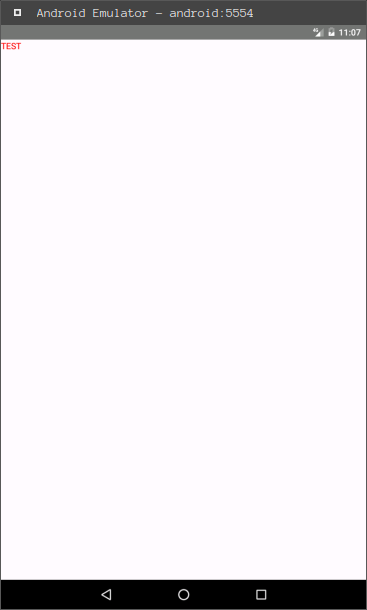 I read on documentation this. They suggest to require the Android 6.0 (Marshmallow) when we use ReactNative.

I know there's already an accepted answer here, but in case someone else on react-native^0.57 finds this. . . this was the issue in my case; using textTransform breaks text styling for android. It will make your text disappear, but then if you give it lineHeight you will see it in black only -- and then maybe you'll wind up here. Issue link: https://github.com/facebook/react-native/issues/21966

Not the answer you're looking for? Browse other questions tagged android react-native react-native-android or ask your own question.