I understand that Batch Normalisation helps in faster training by turning the activation towards unit Gaussian distribution and thus tackling vanishing gradients problem. Batch norm acts is applied differently at training(use mean/var from each batch) and test time (use finalized running mean/var from training phase).

Let's begin with the strict definition of both:

A simple analogy: during data pre-processing step, it's possible to normalize the data on per-image basis or normalize the whole data set.

Credit: the formulas are from here.

Which normalization is better?

The answer depends on the network architecture, in particular on what is done after the normalization layer. Image classification networks usually stack the feature maps together and wire them to the FC layer, which share weights across the batch (the modern way is to use the CONV layer instead of FC, but the argument still applies).

This is where the distribution nuances start to matter: the same neuron is going to receive the input from all images. If the variance across the batch is high, the gradient from the small activations will be completely suppressed by the high activations, which is exactly the problem that batch norm tries to solve. That's why it's fairly possible that per-instance normalization won't improve network convergence at all.

On the other hand, batch normalization adds extra noise to the training, because the result for a particular instance depends on the neighbor instances. As it turns out, this kind of noise may be either good and bad for the network. This is well explained in the "Weight Normalization" paper by Tim Salimans at al, which name recurrent neural networks and reinforcement learning DQNs as noise-sensitive applications. I'm not entirely sure, but I think that the same noise-sensitivity was the main issue in stylization task, which instance norm tried to fight. It would be interesting to check if weight norm performs better for this particular task.

Can you combine batch and instance normalization?

Source: link to article on Medium contrasting the Norms

I wanted to add more information to this question since there are some more recent works in this area. Your intuition

is partly correct. I would say that a pig in broad daylight is still a pig when the image is taken at night or at dawn. However, this does not mean using instance normalization across the network will give you better result. Here are some reasons: 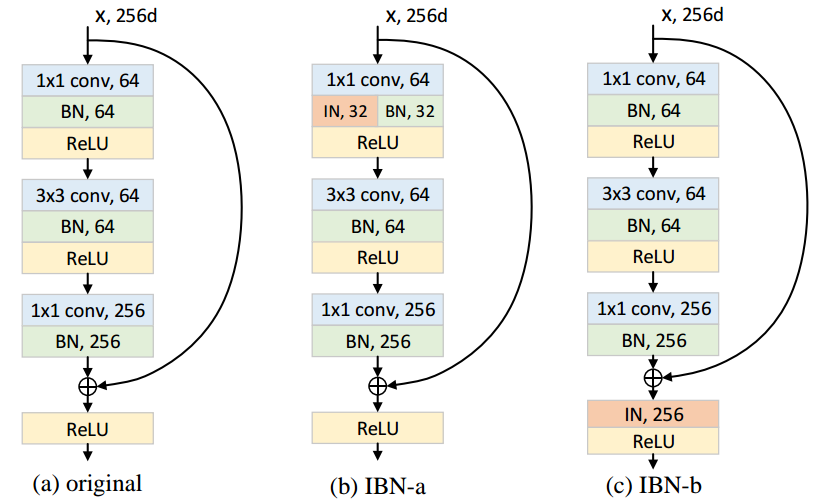 Not the answer you're looking for? Browse other questions tagged machine-learning neural-network computer-vision conv-neural-network batch-normalization or ask your own question.

86
Batch Normalization in Convolutional Neural Network
0
If the batch_size equals 1 in tf.layers.batch_normalization(), will it works correctly?

12
Prediction is depending on the batch size in Keras
86
Batch Normalization in Convolutional Neural Network
4
Is there any sense to use autoencoder for network with batch normalization?
4
what does training instance mean?
1
Batch normalization: fixed samples or different samples by dimension?
2
What are ways I can debug this keras layer?
0
Batch normalisation during testing