What is "energy" in image processing?

I've read across several Image Processing books and websites, but I'm still not sure the true definition of the term "energy" in Image Processing. I've found several definition, but sometimes they just don't match.

When we say "energy" in Image processing, what are we implying?

The energy is a measure the localized change of the image.

The energy gets a bunch of different names and a lot of different contexts but tends to refer to the same thing. It's the rate of change in the color/brightness/magnitude of the pixels over local areas. This is especially true for edges of the things inside the image and because of the nature of compression, these areas are the hardest to compress and therefore it's a solid guess that these are more important, they are often edges or quick gradients. These are the different contexts but they refer to the same thing.

The seam carving algorithm uses determinations of energy (uses gradient magnitude) to find the least noticed if removed. JPEG represents the local cluster of pixels relative to the energy of the first one. The Snake algorithm uses it to find the local contoured edge of a thing in the image. So there's a lot of different definitions but they all refer to the sort of oomph of the image. Whether that's the sum of the local pixels in terms of the square of absolute brightness or the hard bits to compress in a jpeg, or the edges in Canny Edge detection or the gradient magnitude:

The important bit is that energy is where the stuff is.

The energy of an image more broadly is the distances of some quality between the pixels of some locality.

We can take the sum of the LABdE2000 color distances within a properly weighted 2d gaussian kernel. Here the distances are summed together, the locality is defined by a gaussian kernel and the quality is color and the distance is LAB Delta formula from the year 2000 (Errata: previously this claimed E stood for Euclidean but the distance for standard delta E is Euclidean but the 94 and 00 formulas are not strictly Euclidean and the 'E' stands for Empfindung; German for "sensation"). We could also add up the local 3x3 kernel of the local difference in brightness, or square of brightness etc. We need to measure the localized change of the image. 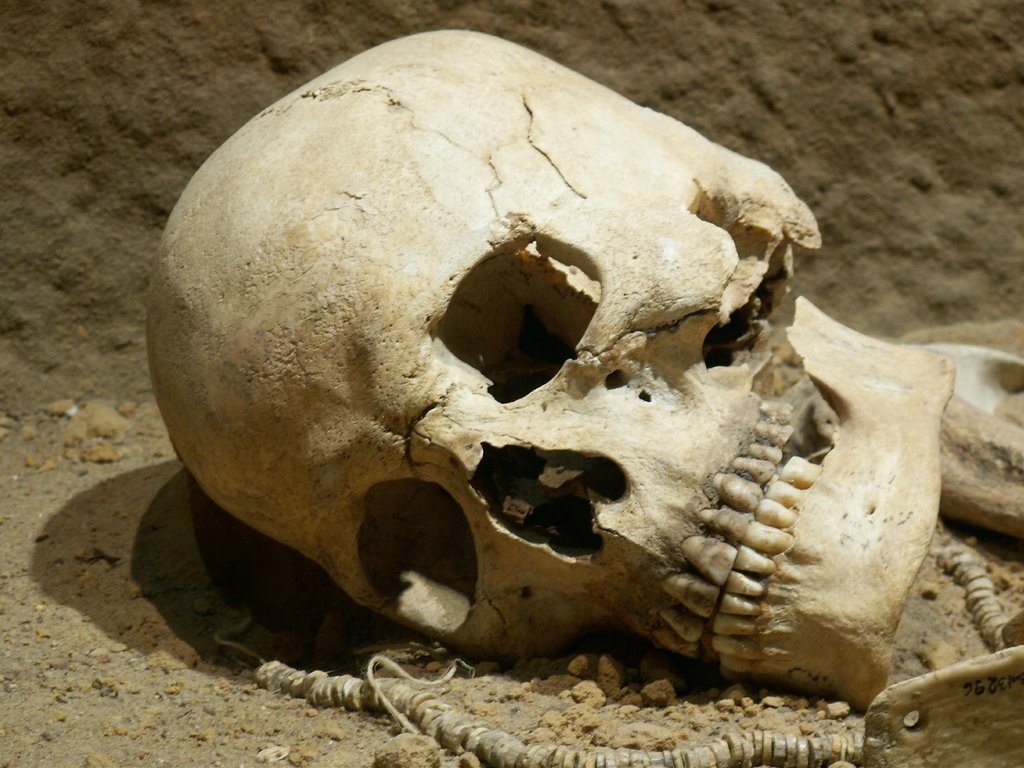 In this example, local is defined as a 2d gaussian kernel and the color distance as LabDE2000 algorithm. 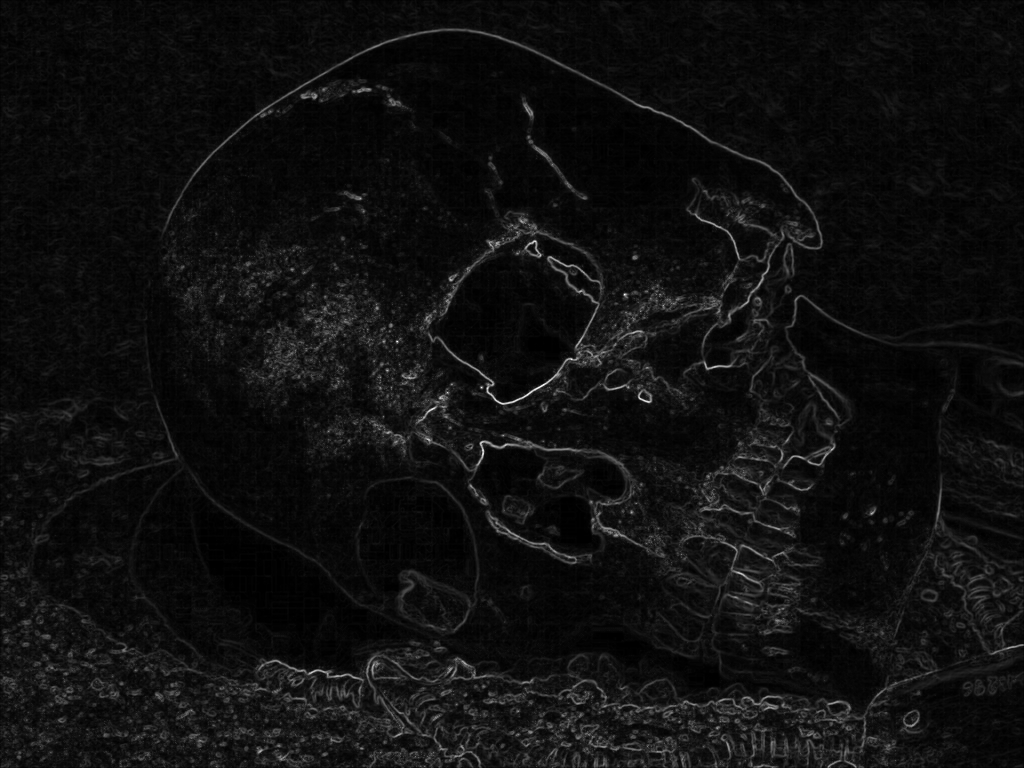 If you took an image and moved all the pixels and sorted them by color for some reason. You would reduce the energy of the image. You could take a collection of 50% black pixels and 50% white pixels and arrange them as random noise for maximal energy or put them as two sides of the image for minimum energy. Likewise, if you had 100% white pixels the energy would be 0 no matter how you arranged them.

It depends on the context, but in general, in Signal Processing, "energy" corresponds to the mean squared value of the signal (typically measured with respect to the global mean value). This concept is usually associated with the Parseval theorem, which allows us to think of the total energy as distributed along "frequencies" (and so one can say, for example, that a image has most of its energy concentrated in low frequencies).

Another -related- use is in image transforms: for example, the DCT transform (basis of the JPEG compression method) transforms a blocks of pixels (8x8 image) into a matrix of transformed coefficients; for typical images, it results that, while the original 8x8 image has its energy evenly distributed among the 64 pixels, the transformed image has its energy concentrated in the left-upper "pixels" (which, again, correspond to "low frequencies", in some analagous sense).

Energy is a fairly loose term used to describe any user defined function (in the image domain).

The motivation for using the term 'Energy' is that typical object detection/segmentation tasks are posed as a Energy minimization problem. We define an energy that would capture the solution we desire and perform gradient-descent to compute its lowest value, resulting in a solution for the image segmentation.

There is more than one definition of "energy" in image processing, so it depends on the context of where it was used.

Energy is used to describe a measure of "information" when formulating an operation under a probability framework such as MAP (maximum a priori) estimation in conjunction with Markov Random Fields. Sometimes the energy can be a negative measure to be minimised and sometimes it is a positive measure to be maximized.

If you consider that (for natural images captured by cameras) the light is an energy, you may call energy the value of the pixel on some channel.

However, I think that by energy the books are referring to the spectral density. From wikipedia:

Energy is like the "information present on the image". Compression of images cause energy-loss. I guess its something like that.

Energy is defined based on a normalized histogram of the image. Energy shows how the gray levels are distributed. When the number of gray levels is low then energy is high.

The Snake algorithm an image processing technique used to determine the contour of an object, the snake is nothing but a vector of (X,Y) points with some constraints, its final goal is to surround the object and describe its shape (contour) and then to track or represent the object by its shape.

The algorithm has two kinds of energies, internal and external.

Internal energy (the snake energy) (IE) is a user defined energy which acts on the snake (internally) to impose constraints on smoothness of the snake, without such a force, the snake shape will end up with the exact shape of the object, this is not desirable, because the exact shape of an object is very difficult to be obtained, due to light conditions, quality of image, noise, etc.

The external energy (EE) arises from the data (the image intensities), and it is nothing but the absolute difference of the intensities in the x and y directions (the intensity gradient) multiplied by -1, to be summed with internal energy, because the total energy must be minimized. so the total energy for all of the snake point should be minimized, Ideally, this come true when there are edges, because the gradient on the edge or (EE) is maximized, and since it is multiplied by -1, the total energy of the snake around the nearest object is minimized, and thus the algorithm converges to a solution, which is hopefully the true contour of the studied object.

because this algorithm relies on EE which is not only high on edges but also high on noisy points, sometimes the snake algorithm does not converge to an optimal solution, that why it is an approximate greedy algorithm.

I found this at Image Processing book;

It may give us a better understand if we see this equation with entropy;

For my current imaging project, which is rendering a diffuse light source, I'd like to consider energy as light energy, or radiation energy. Question I had initially: does an RGB "pixel value" represent light energy ? It could be asserted using a light intensity meter and generating subsequent screens with gray pixel values (n,n,n) for 0..255. According to matlabs forum, the radiated energy of 1 greyscale pixel is always proportional to its pixel value, but pixel to pixel it will vary slightly.

There is another assumption regarding energy: while performing the forward ray tracing, I yield a ray count on each sampled position hit. This ray count is, or preferably should be, proportional to radiation energy that would hit the target at this position. In order to be able to compare it to actual photographs taken, I'd have to normalize the ray count to some pixel value range..(?) I enclose an example below, the energy source is a diffuse light emitter inside a dark cylinder. 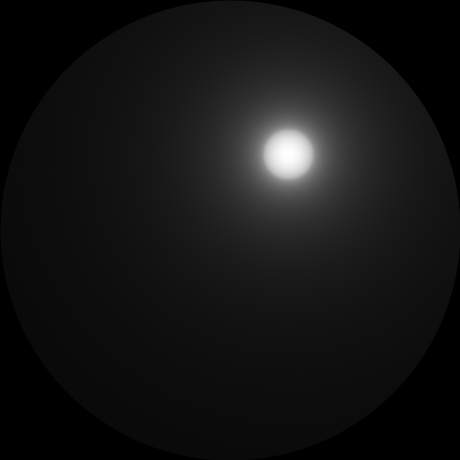 Energy in signal processing is the integral of the signal square within signal boundaries. An analogy could be made that involves two dimensional signals and you can square pixel values and sum for all the pixels.

Not the answer you're looking for? Browse other questions tagged image-processing computer-vision artificial-intelligence definition energy or ask your own question.

1085
What is an example of the Liskov Substitution Principle?
471
What is the difference between currying and partial application?
4098
What exactly is RESTful programming?
1044
What is an idempotent operation?
969
What is the difference between a definition and a declaration?
312
What is Weak Head Normal Form?
175
image processing to improve tesseract OCR accuracy
1794
Image Processing: Algorithm Improvement for 'Coca-Cola Can' Recognition
2000
What is the optimal algorithm for the game 2048?