Why are Fibonacci numbers significant in computer science?

Fibonacci numbers have become a popular introduction to recursion for Computer Science students and there's a strong argument that they persist within nature. For these reasons, many of us are familiar with them.

They also exist within Computer Science elsewhere too; in surprisingly efficient data structures and algorithms based upon the sequence.

There are two main examples that come to mind:

Is there some special property of these numbers that gives them an advantage over other numerical sequences? Is it a spatial quality? What other possible applications could they have?

It seems strange to me as there are many natural number sequences that occur in other recursive problems, but I've never seen a Catalan heap.

The Fibonacci numbers have all sorts of really nice mathematical properties that make them excellent in computer science. Here's a few:

I'm sure there are more reasons than just this, but I'm sure that some of these reasons are the main factors. Hope this helps!

Greatest Common Divisor is another magic; see this for too many magics. But Fibonacci numbers are easy to calculate; also it has a specific name. For example, natural numbers 1,2,3,4,5 have too many logic; all primes are within them; sum of 1..n is computable, each one can produce with other ones, ... but no one take care about them :)

One important thing I forgot about it is Golden Ratio, which has very important impact in real life (for example you like wide monitors :)

If you have an algorithm that can be successfully explained in a simple and concise mannor with understandable examples in CS and nature, what better teaching tool could someone come up with?

Fibonacci sequences are indeed found everywhere in nature/life. They're useful at modeling growth of animal populations, plant cell growth, snowflake shape, plant shape, cryptography, and of course computer science. I've heard it being referred to as the DNA pattern of nature.

Fibonacci heap's have already been mentioned; the number of children of each node in the heap is at most log(n). Also the subtree starting a node with m children is at least (m+2)th fibonacci number.

Torrent like protocols which use a system of nodes and supernodes use a fibonacci to decide when a new super node is needed and how many subnodes it will manage. They do node management based on the fibonacci spiral (golden ratio). See the photo below how nodes are split/merged (partitioned from one large square into smaller ones and vice versa). See photo: http://smartpei.typepad.com/.a/6a00d83451db7969e20115704556bd970b-pi

Some occurences in nature

I don't think there's a definitive answer but one possibility is that the operation of dividing a set S into two partitions S1 and S2 one of which is then divided into to sub-partitions S11 and S12, one of which has the same size as S2 - is a likely approach to many algorithms and that can be sometimes numerically described as a Fibonacci sequence.

Let me add another data structure to yours: Fibonacci trees. They are interesting because the calculation of the next position in the tree can be done by mere addition of the previous nodes:

It ties well in with the discussion by templatetypedef on AVL-trees (an AVL tree can at worst have fibonacci structure). I've also seen buffers extended in fibonacci-steps rather than powers of two in some cases.

Just to add a trivia about this, Fibonacci numbers describe the breading of rabbits. You start with (1, 1), two rabbits, and then their population grows exponentially .

Symbols with frequencies that are successive fibonacci numbers create maximum depth huffman trees, which trees correspond to source symbols being encoded with maximum length binary codes. Non-fibonacci source symbol frequencies create more balanced trees, with shorter codes. The code length has direct implications in the description complexity of the finite state machine that is responsible for decoding a given huffman code.

Conjecture: The 1st(fib) image will be compressed to 38bits, while the 2nd(uniform) with 50bits. It seems that the closer your source symbol frequencies are to fibonacci numbers the shorter the final binary sequence, the better the compression, maybe optimal in the huffman model. 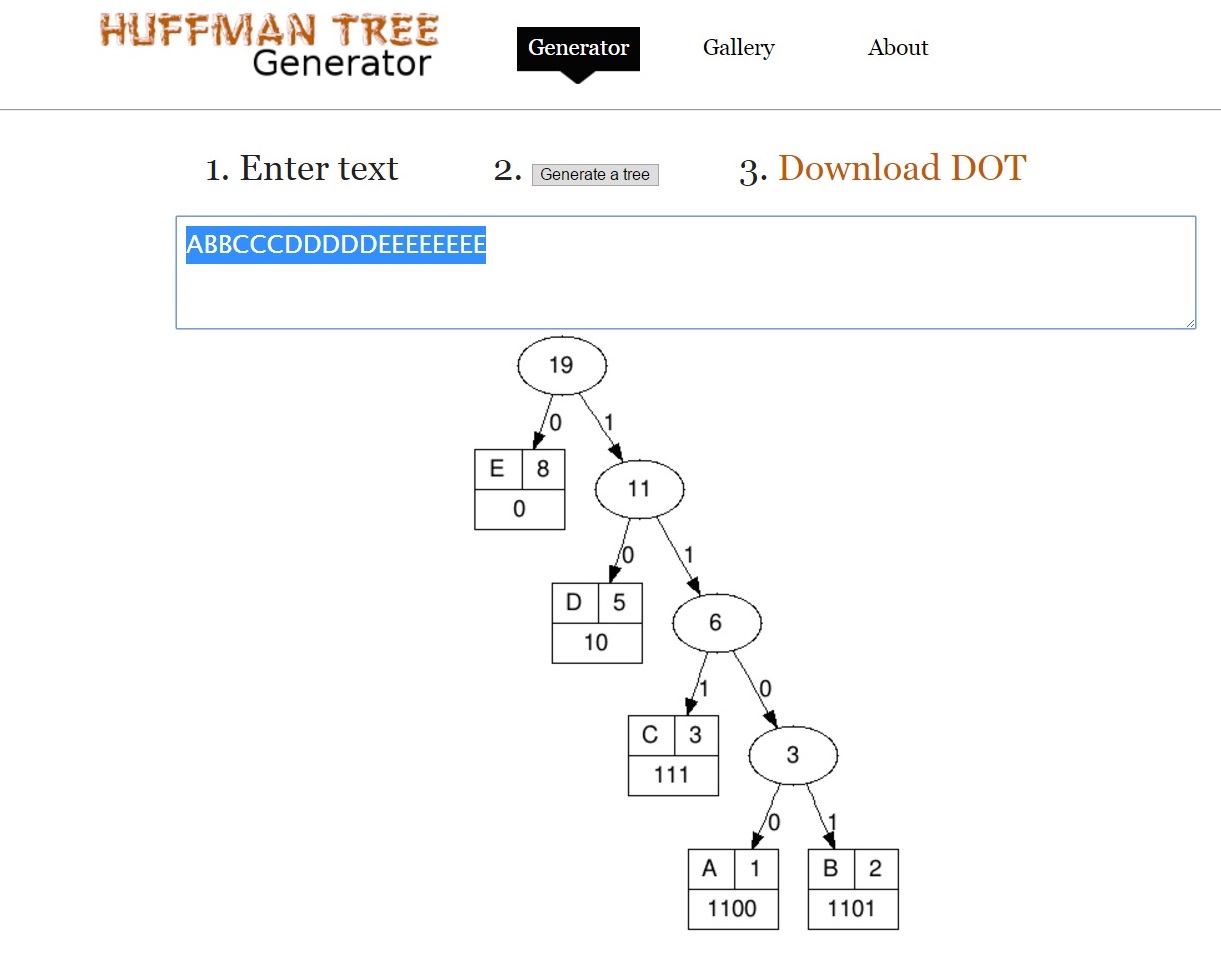 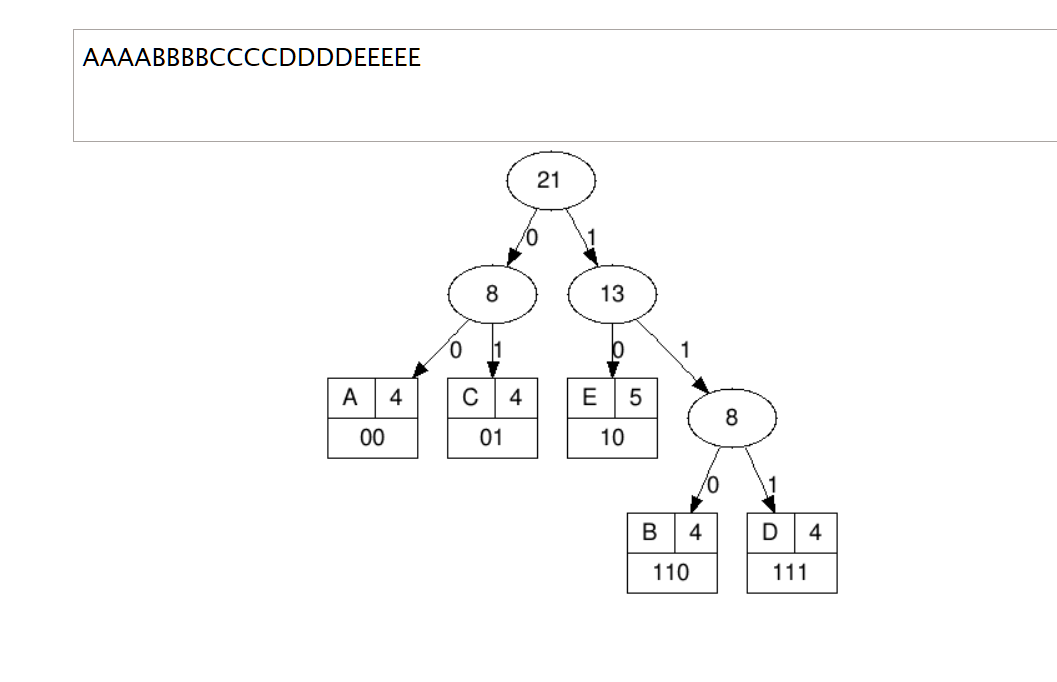 For me This is about order and space coordinates.

The Fibonacci sequence can be used as a clock.

The Fibonacci sequence allows to calculate the golden number decimal by decimal.

So we can certainly cut an integer into a series of integers, of units by using for example the indexes.

I made a first naive version in python.(poc) code to be updated.

So we can frame, count and coordinate the calculation steps and the memory spaces to this perfectly periodic reference frame (in time) and thus make it a kind of universal multiplication table equivalent. For me it is explicitly a mapping.

The idea is to eventually propose a ternary code with explicit management of the memory spaces according to the Fibonacci calculation step, and then to find all our numbers there.

Once done, to use this mapping, this universal table, this filter : to check the concordance, the consistency, the periodicity of complex computable operations, such as the wheeler experiment, sinus, gravity etc...

It sounds pretentious when you say it like that. It is not. Nobody create the golden number or Fibonacci. They are here, they are given like fruits on a tree.

502
What is an NP-complete in computer science?
314
Why can't decimal numbers be represented exactly in binary?
61
Generating Fibonacci numbers in Haskell?
1267
Easy interview question got harder: given numbers 1..100, find the missing number(s) given exactly k are missing
2
Sum of Fibonacci numbers
19
Why is a Fibonacci heap called a Fibonacci heap?
215
Fastest way to sort 10 numbers? (numbers are 32 bit)