This happen after Visual Studio Community 2017 latest update. Every time I try to open my project I get following warning:

Warning IDE0006 Error encountered while loading the project. Some project features, such as full solution analysis for the failed project and projects that depend on it, have been disabled. Core.Tests

Then when I run build I get:

Path to the project is in latin only characters. On the build server build is working but on my computer after last update of VS is not. I've tried to reinstall VS but that didn't help.

So is there any solutions or at least hint for this issue?

EDIT: I tried to exclude files which are affected by this issue and that worked. But that is not solution for my problem. Interesting is, that are only affected files are unit tests.

Anyway, here's for example Core.Test.csproj file which is one of these that are causing that issue. https://pastebin.com/kq7MFLV1 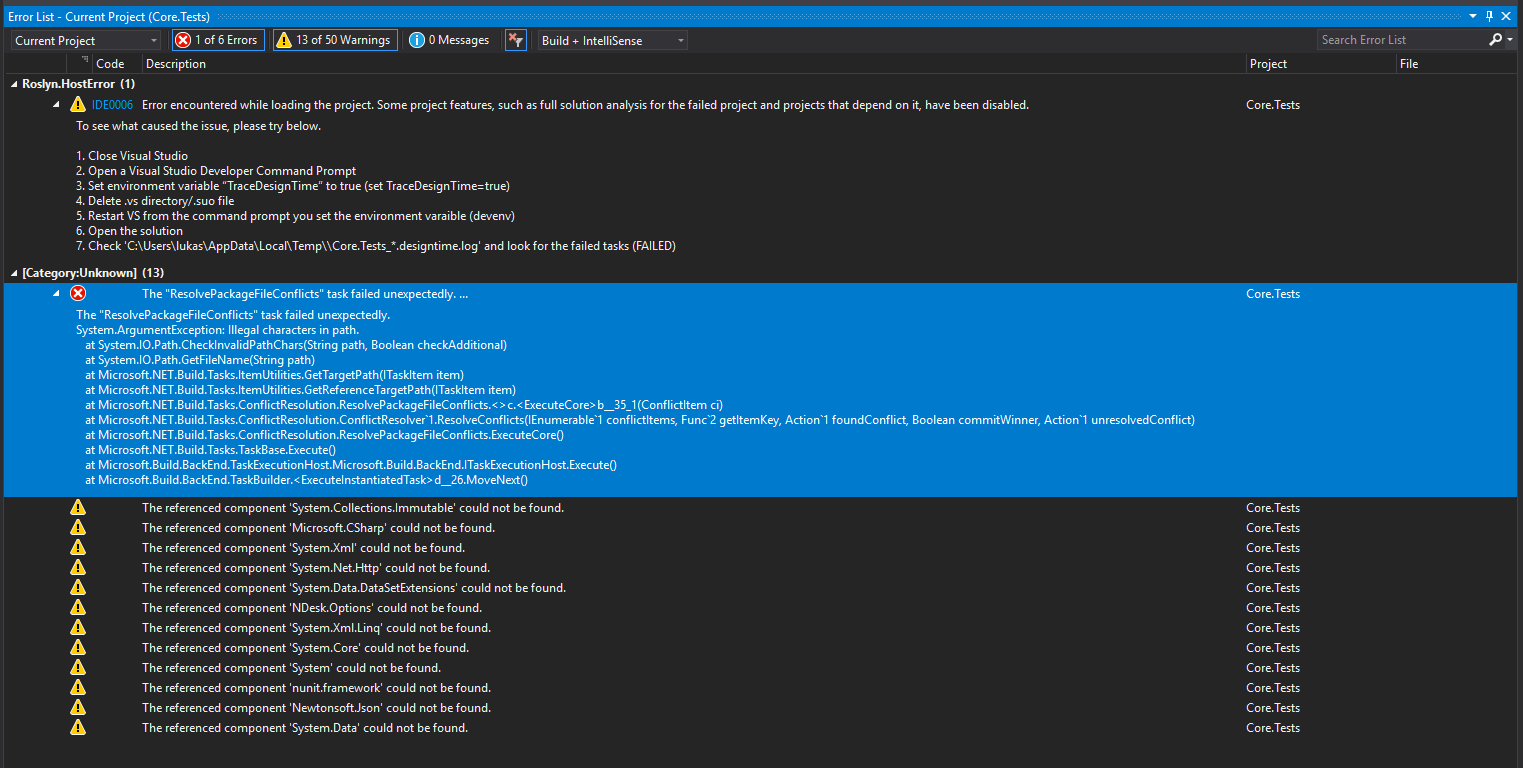 In your case the problem is the line returns in the following reference:

I had a similar problem but in my case, it was down to strange characters in a Reference:

Changing the above to:

Tip: I resolved this with trial and error. I commented out all of the ItemGroups in the csproj file and reintroduced them one by one. Although your project may fail to build during this process it is clear when the above error occurs as you will see just this error and not other build errors due to missing ItemGroups.

@Delfi - I updated VS 2017 on Friday 2017-08-18 and starting getting the same "ResolvePackageFileConflicts" build error today on some projects. I noticed the issue happening when any reference in the .csproj file has a Hintpath. After using Notepad to remove the Hintpath from affected references the builds work fine now.

Hope this helps you with your issue.

Note: I did not try it but this could also probably be fixed by removing and re-adding the affected references in the project through the solution explorer.

This solution works if you are facing the problem with Azure Function.

I was also facing the same problem with this line

Removing &gt; worked for me.

Not the answer you're looking for? Browse other questions tagged c# visual-studio visual-studio-2017 or ask your own question.