Both have the same basic tools -- semaphores, shared memory and message queues. They offer a slightly different interface to those tools, but the basic concepts are the same. One notable difference is that POSIX offers some notification features for message queues that Sys V does not. (See mq_notify().)

First, POSIX IPC is less widely implemented. I wrote a Python wrapper for POSIX IPC and its documentation lists what I know about POSIX IPC implementations on various platforms.

On all of the platforms listed in that documentation, Sys V IPC is completely implemented AFAIK, whereas you can see the POSIX IPC is not.

The second implication of their relative age is that POSIX IPC was designed after Sys V IPC had been used for a while. Therefore, the designers of the POSIX API were able to learn from the strengths and weaknesses of the Sys V API. As a result the POSIX API is simpler and easier to use IMO, and I recommend it over the Sys V API.

I should note that I've never run any performance tests to compare the two. I would think that the older API (Sys V) would have had more time to be performance tuned, but that's just speculation which is of course no substitute for real-world testing.

As to why there are two standards -- POSIX created their standard because they thought it was an improvement on the Sys V standard. But if everyone agreed that POSIX IPC is better, many many many programs still use Sys V IPC and it would take years to port them all to POSIX IPC. In practice, it would not be worth the effort so even if all new code used POSIX IPC as of tomorrow, Sys V IPC would stick around for many years.

We can't tell you which you should use without knowing a lot more about what you intend to do, but the answers you have here should give you enough information to decide on your own.

System V IPC is older and POSIX IPC is newer. However there are some differences for some aspects. Not always Posix is better than System V.

"Unix System V, commonly abbreviated SysV (and usually pronounced—though rarely written—as "System Five"), is one of the first commercial versions of the Unix operating system. It was originally developed by American Telephone & Telegraph (AT&T) and first released in 1983."

Unix Network Programming: Interprocess Communications v. 2 by Richard Stevens gives a good look into both of these. 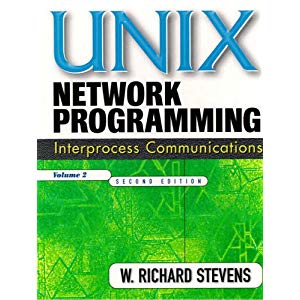 5
difference between msgget() and mq_open
4
what should be used SystemV Message queue or POSIX message queue?
6
Ada POSIX binding and several set of POSIX interfaces for IPC
1
having database in memory - C
2
shared memory proper cleanup in linux C
2
Relationship between shared memory and files
1
How to map oracle sga memory into physical files in solaris?
1
Parent process needs to wait for child to finnish setup
0
How many semaphore set to create?
0
Is it possible to share memory using the SysV shmat() interface in one application and the Posix shm_open() interace in another?
See more linked questions

331
When should I use mmap for file access?
2
RE: Posix and System V IPC
155
IPC performance: Named Pipe vs Socket
0
Interprocess communication Posix
1053
What is the meaning of "POSIX"?
3
IPC solutions for Python processes on POSIX compliant system
191
What does "#define _GNU_SOURCE" imply?
0
In Linux, XSI/System-V IPC mechanisms are outdated?
4
.NET Core POSIX IPC
6
Ada POSIX binding and several set of POSIX interfaces for IPC