Get subgraph of shortest path between n nodes

I have an unweighted graph and I want to get a subgraph that has just the nodes and edges that contain the shortest paths between n known nodes. In this case 3 nodes (11, 29, & 13 are the names).

How can I get a subgraph of shortest path between n nodes in R? 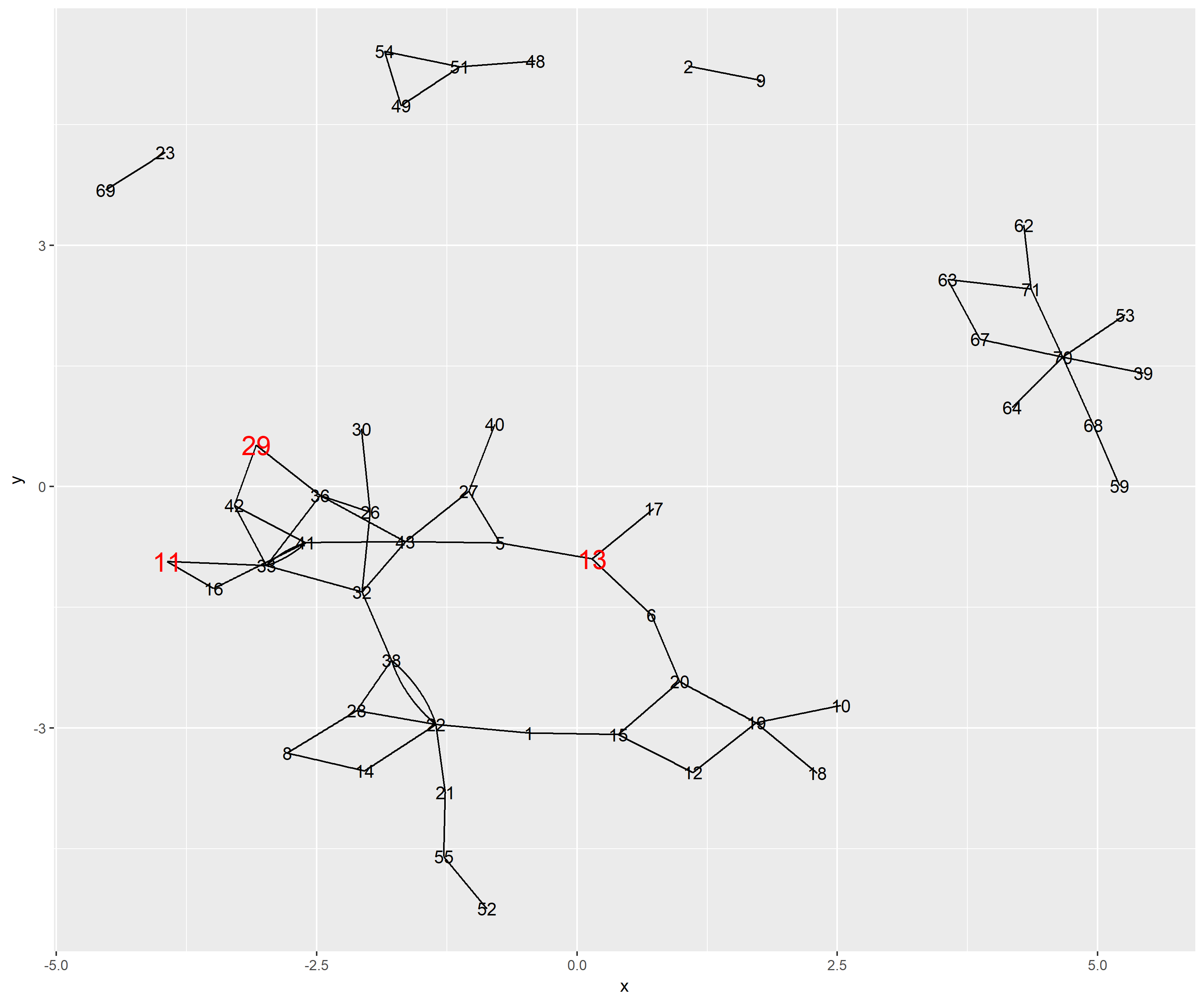 The desired output would be the following green subgraph (Or close, I'm eyeballing the graph above and visually picking out what would be the subgraph) ignoring/removing the other nodes and edges.

I think you want shortest path from 1 node to other n-1 node you can use
get_all_shortest_paths(v, to=None, mode=ALL) from igraph library.

Returns: all of the shortest path from the given node to every other reachable node in the graph in a list.
get_all_shortest_paths

So, now you have to create a graph from a list of the shortest paths.

You need a matrix of shortest paths to then create a sub-graph using a union of all edges belonging to those paths.

Consider that the shortest path between any i and j of them is unlist(shortest_paths(g, i, j, mode="all", weights=NULL)$vpath). You'd want to list all i-j combinations (1-2, 1-3, 2-3 in your case) of your key-verticies, and then list all vertices that appear on the paths between them. Sometime, surely, the same vertices appear on the shortest paths of more than one of your ij-pairs (See betweenness centrality). Your desired subgraph should include only these vertices, which you can give to induced_subgraph().

Then arises another interesting problem. Not all edges between your choosen vertices are part of your shortest paths. I'm not sure about what you desire in your sub-graph, but I assume that you only want vertices and edges that are part of shortest paths. The manual for induced_subgraph() says that eids can be provided to filter sub-graphs on edges too, but I didn't get that to work. Comments on that are welcome if anyone cracks it. To create a subgraph with only edges and vertices actually in your shortest path, some surplus edges must be deleted.

Below is an example where some key verticies are chosen at random, the surplus-edge problem of subgraphs is visualized, and a proper shortert-paths-only subgraph is generated:

Not the answer you're looking for? Browse other questions tagged r algorithm igraph ggraph or ask your own question.