Does anyone know how to fix this error with Xcode 9 GM? I'm working on an app made with Xcode 8.3, the deployment target is for iOS 9.3 and I never had this problem before. I don't find any information here or on Apple forums yet :(

Edit: This error came when I put a WKWebView into interface builder, not if I use it programmatically.

Edit 2: Well, it's finally not a bug, see Quinn's answer below to have more information about this behavior. Thanks to him for the explanation.

The error is correct behavior, and not a bug in Xcode 9. Although WKWebView was introduced in iOS 8, there was a bug in -[WKWebView initWithCoder:] that was only fixed in iOS 11, which always crashed at runtime and thus prevented configuring one within Interface Builder.

Rather than allow developers to build something in IB that would be broken at runtime, it is a build error. It's an inconvenient limitation since iOS 11 was only recently released, but there's really no other good option.

The workaround for older deployment targets is to continue to add the WKWebView in code, as @fahad-ashraf already described in his answer:

This seems to be a bug in Xcode 9 and was also present in the betas. You will only get the build error if you are creating a WKWebView through the storyboard. If you progmatically create the WKWebView in the corresponding ViewController class file, you should be able to build on iOS versions below iOS 11. Here is the approach given on Apple's website for how to accomplish this:

You should then be able to implement WKWebView functionality as you normally would.

If you want to realize a custom UIViewController with other components in addition you can make a "container" through the storyboard called for example webViewContainer:

If you are moved from older target to iOS 11.0 and still you are getting this error, then use below solution. 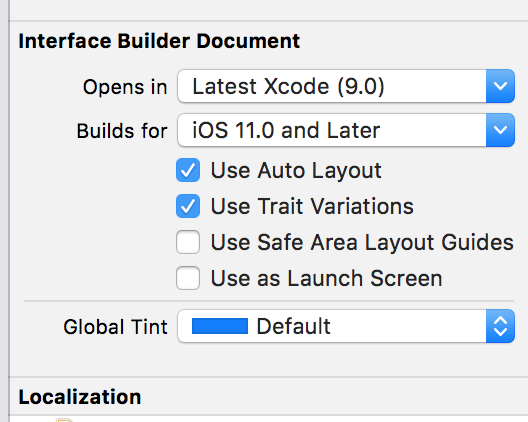 I have faced the same issue but it can be tackle if we add WKWebView programmatically.

Thanks for reading this.

WebKit was introduced in iOS 8 but it was released with an error which caused in a runtime crash, If you are using Xcode 9/10, your project configuration support less than iOS 11 and if you are trying to add WKWebView using interface builder. Xcode immediately shows a compile-time error.

WKWebView before iOS 11.0 (NSCoding Support was broken in the previous version)

Although WKWebView was introduced in iOS 8, there was a bug in –[WKWebView initWithCoder:] that was only fixed in iOS 11. 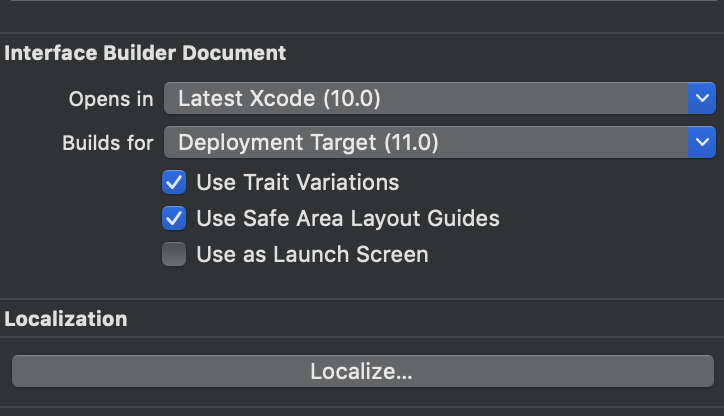 Resolution is you must add WKWebView through code (Only if you are supporting below iOS 11). That actually sounds strange.

Another solution is to change the Interface Builder Document Builds for the option to iOS 11 and later (If you’re migrating from older target to iOS 11 and still getting the same error).

I got this problem too,but when I set development target to 11.0,the project can run but the error still there.

UIWebView is deprecated in iOS11 and WKWebView works only in iOS11 - this sounds like a bug in Xcode GM.

Not the answer you're looking for? Browse other questions tagged ios xcode wkwebview nscoding or ask your own question.

654
Version vs build in Xcode
6
“No provisioned iOS devices are available with a compatible iOS version” after upgrade
5
Xcode 7 Install of Apple Watch Application never finished
45
WKWebView not in Xcode
12
Can't Upload .ipa from Xcode 8, “The info.plist indicates a iOS app, but submitting a pkg or mpkg.”
1
How to assign launch images in Xcode assets catalog?
2
WKWebView vs UIWebView
80
Module compiled with Swift 5.1 cannot be imported by the Swift 5.1.2 compiler
4
Xcode 11.3 cannot set target for iOS 13.3, i.e. the option doesn't exist