How to install Debugging Tools with Visual Studio 2017 installer? [duplicate]

Ask Question
Asked 3 years, 7 months ago
Active 1 year, 4 months ago
Viewed 12k times
16
This question already has an answer here:
How to install WinDbg when VS 2015 is already installed? (1 answer)
Closed last year.

I need cdb.exe as a debugger for QT Creator. I know that cdb is available as a part of Windows SDK, but is not installed when I install Windows SDK through Visual Studio 2017 installer.

On the other hand, if I install Windows SDK standalone (available here), I can select "Debugging Tools", and finally I get the expected folder Debuggers in Windows kits, that contains cdb.

How can I get cdb during Visual Studio install?

It does not include any of the options you see in the Windows SDK installer other than "Windows Software Development Kit". Neither WinDbg and the Debugging Tools for Windows, nor xperf and the Windows Performance Toolkit, nor Application Verifier, nor any of the other things you see int the SDK installer are included by selecting that checkbox in the VS installer.

The term "Windows SDK" is overloaded with two meanings which are related but not the same. sdksetup.exe can install Windows SDK1, while the VS installer installs Windows SDK2 (which is a subset of Windows SDK1). 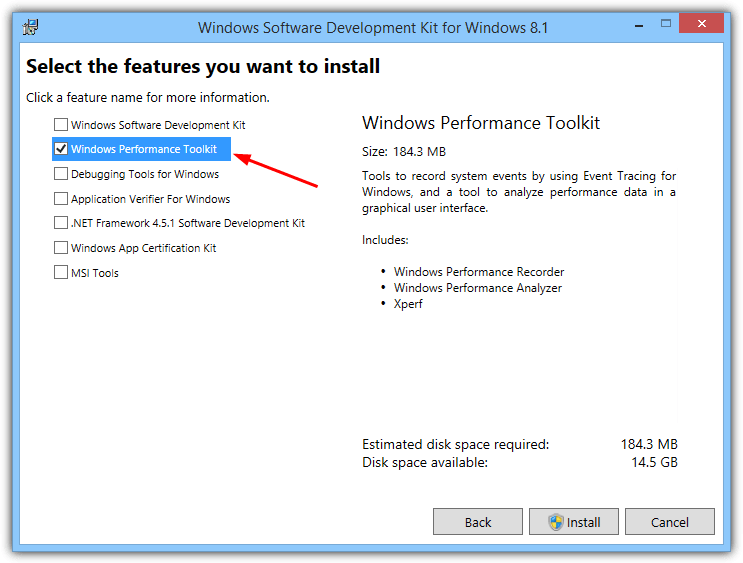 As you noticed, Visual Studio does not allow you to set any options when installing the SDK. However, after the SDK is installed, all you need to do is finding it in "Apps & features" and selecting "Modify". That will present you the options dialog where you can check "Debugging Tools for Windows¨. For me (SDK 10.0.17134.12) it creates the file

that I set as debugger in Qt Creator. I use it to debug 32bit applications built with msvc2008 express. 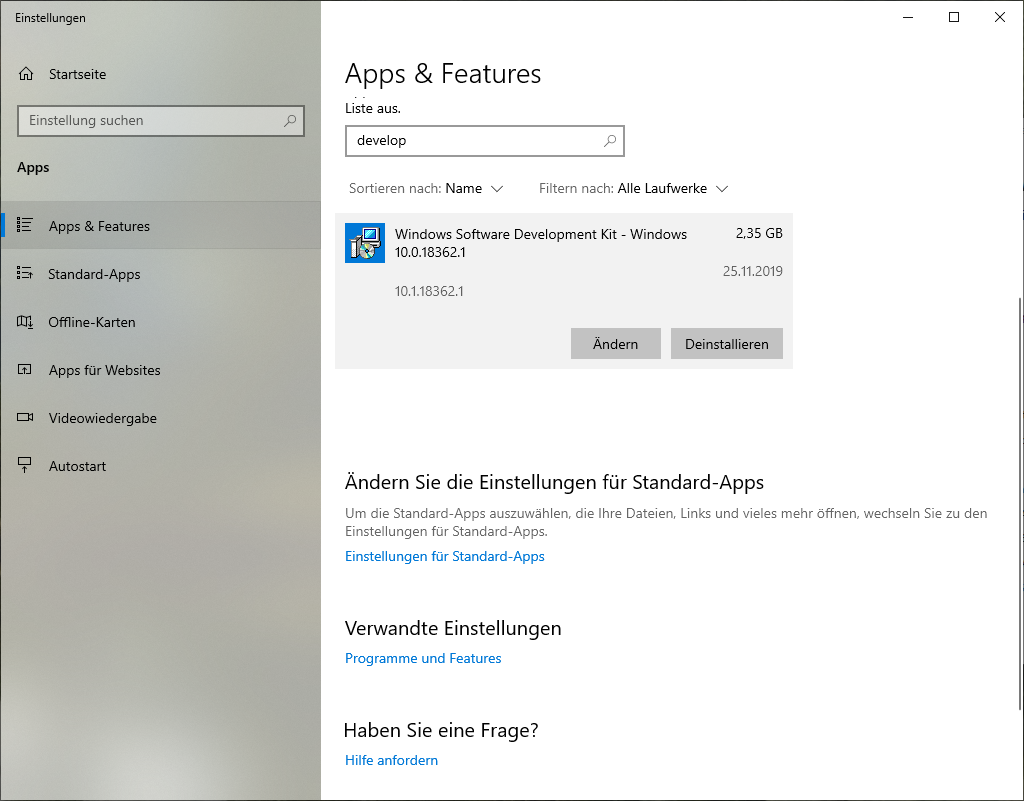 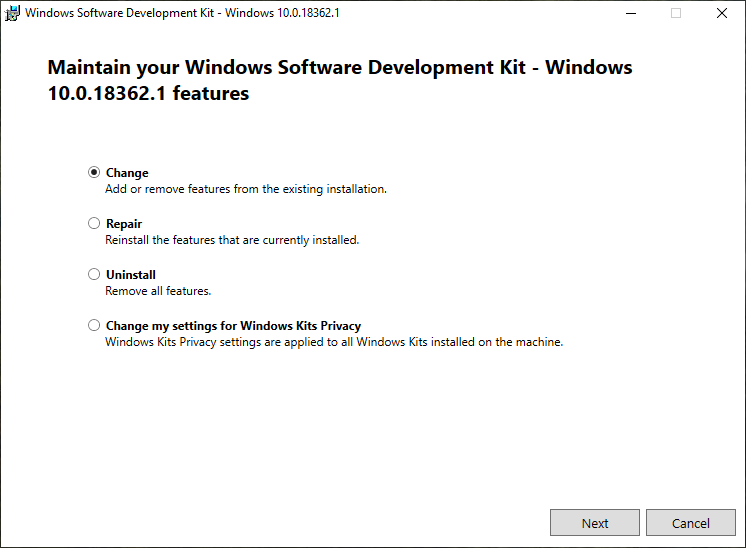 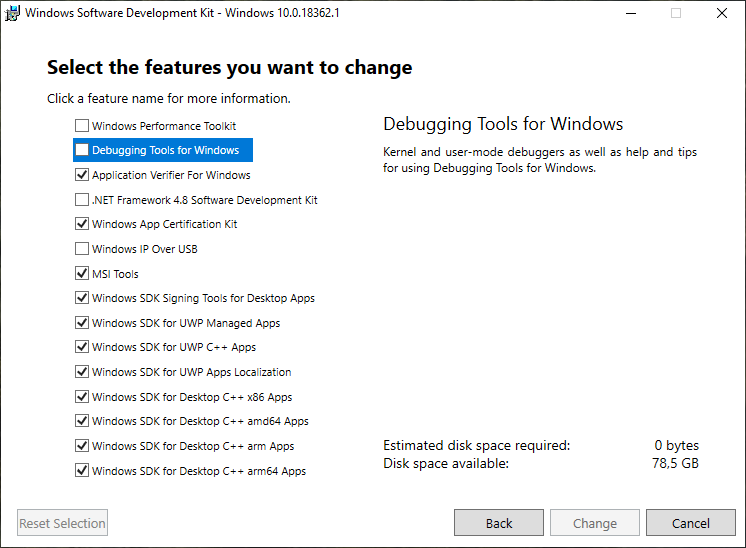 Not the answer you're looking for? Browse other questions tagged visual-studio qt windbg or ask your own question.

20
How to install WinDbg when VS 2015 is already installed?
2
Where is the C++ debugger executable located in Visual Studio 2015?