What is the difference between the two HTTP headers?

It is a request header. The HTTP client uses this header to tell the server which encoding(s) it supports. The server is allowed to send the response content in any of these encodings.

The Accept-Encoding request HTTP header advertises which content encoding, usually a compression algorithm, the client is able to understand. Using content negotiation, the server selects one of the proposals, uses it and informs the client of its choice with the Content-Encoding response header.

It is a response header. The HTTP server uses this header to tell the client which particular encoding the content has actually been encoded in.

The Content-Encoding entity header is used to compress the media-type. When present, its value indicates which encodings were applied to the entity-body. It lets the client know, how to decode in order to obtain the media-type referenced by the Content-Type header. 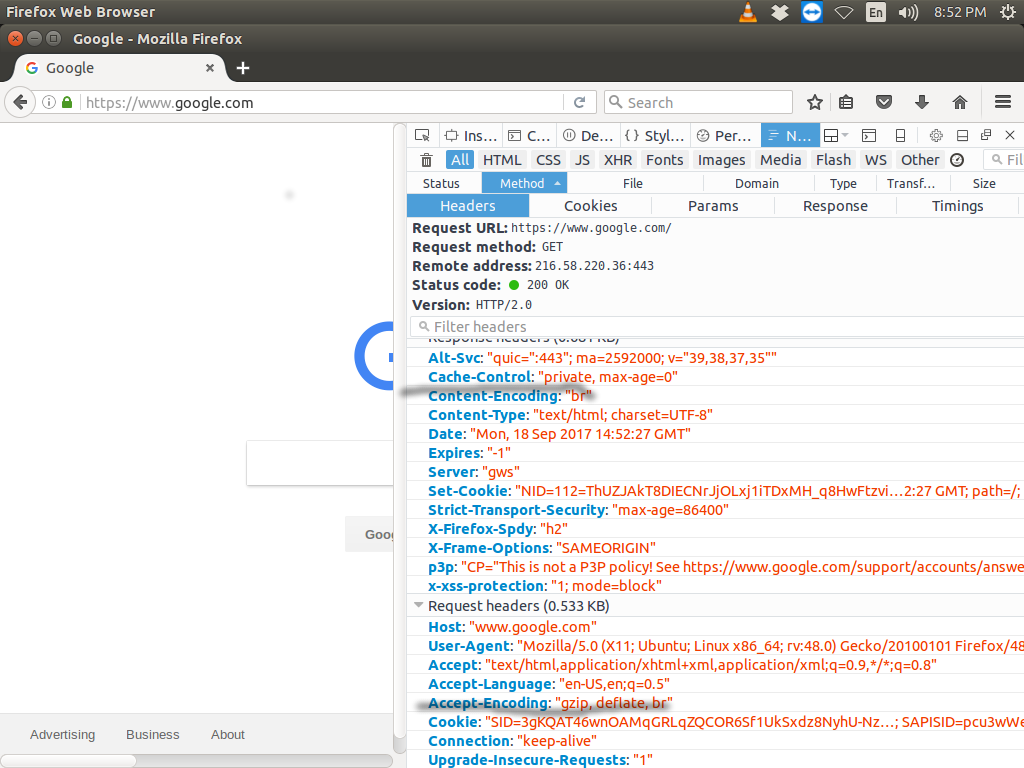 Not the answer you're looking for? Browse other questions tagged http-headers gzip content-encoding http-accept-encoding or ask your own question.

16
GET Request with Content-Type and Accept header with JAX-RS Jersey 2.2