I have set my IP and make sure it's right 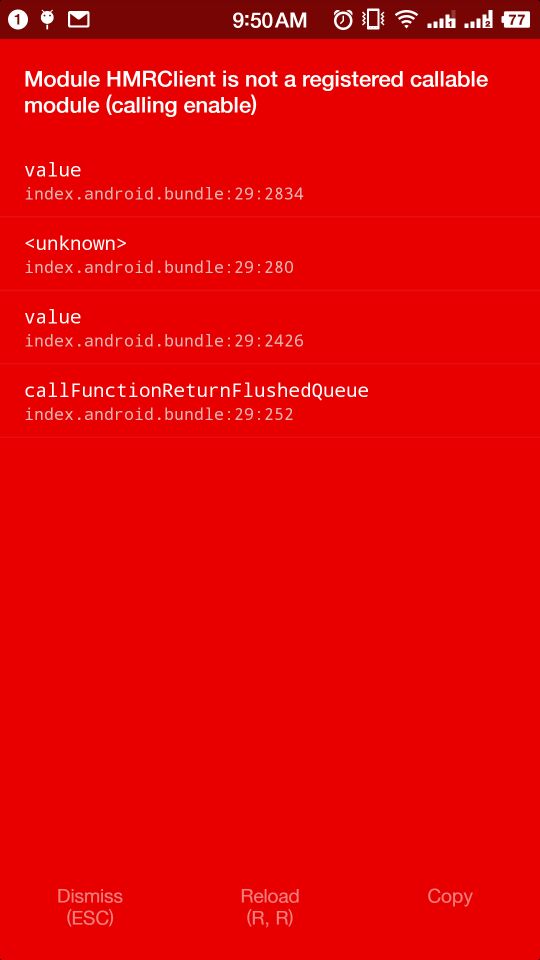 i had the same problem , didn't knew what to do.

I resolved issue by:

you need to stop npm server. then hit following command in terminal.

To check or change this, in a console type adb shell input keyevent 82, go to Dev Settings, and make sure JS Dev Mode is checked.

If you have remote JS debugging enabled, then you might also see a line in the console that looks like this:

Running application "yourapp" with appParams: {"rootTag":1}. __DEV__ === false, development-level warning are OFF, performance optimizations are ON

If that's the case, then this could be the cause of your problem.

This issue come due to development server error.

then check your device/emulator is visible on command prompt or not.

Clean your gradle compiler files, some file may be corrupt.

Remove application from your device/emulator.

Now issue will be resoled :)

Santosh's answer is correct, but I couldn't use it, so for others who run into this problem and are as much of a newbie as I am at the moment... The adb that Santosh is restarting here is the Android Debugging Bridge. It seems to be at the heart of the Hot Reloading / remote debugging that's built into React Native. Basically, it got confused and needed resetting.

Alternate Solution Trying to run adb failed for me, so I stopped the emulator, opened the Android Virtual Device manager (in Android Studio until Tools -> Android -> AVD Manager, and on the line for the particular phone I was emulating, I clicked the down arrow next to the edit (pencil) icon to the right and selected 'Wipe Data'. Then I restarted that device (the Play button just to the left of the edit (pencil) icon. Restarted my app via react-native run-ios and everything was fine.

More on Santosh's Solution To do it Santosh's way, you need the Android SDK bin folder in your path, or to run the command with full path. It's in your Android SDK folder under platform-tools. Don't forget to re-enable Hot Reloading after restarting (if you're using it).

Not the answer you're looking for? Browse other questions tagged android react-native or ask your own question.

0
Module hmrclient is not registered react native, why is this happening and how to fix it?
1
React-Native: [Ubuntu] Getting error Module HMRClient is not a registered callable module (calling enable) error

1377
Activity restart on rotation Android
2869
How to stop EditText from gaining focus at Activity startup in Android
1150
Is quitting an application frowned upon?
3629
Proper use cases for Android UserManager.isUserAGoat()?
343
How to do logging in React Native?
469
React Native android build failed. SDK location not found
724
What is the difference between React Native and React?
112
React-Native: Module AppRegistry is not a registered callable module
390
Error Running React Native App From Terminal (iOS)