The Apple guy in the What's new in Cocoa Touch WWDC video said that the new large-title navigation bar will magically hook into the top-level scroll view of the underlying view controller and collapse/expand itself automatically while scrolling up and down. (And by "magically", he probably meant that they failed to monkey patch this functionality into the already embarassing UINavigationController-UINavigationBar-UINavigationitem APIs in a usable way, so they had to resort to hooking into some heuristically chosen scroll view behind the scenes)

Even though I was prepared that this "automatic" collapse/expand wouldn't work if I deviate the slightest from the basic UINavigationController + UITableView/UICollectionView setup, it seems that even in this simplest case it doesn't work as expected.

Here's what I have:

No code, just the storyboard.

However, I've found that if I set the second view controller's navigation item to use the small navigation bar (by setting "Large Title" to the value "Never"), then if I open that page and navigate back, the interactive collapse magically starts working on the first page:

Am I missing something here, or is this feature not working properly? Here's the sample project I'm using: https://github.com/tzahola/iOS-11-Large-Title-Navigation-Bar

And by the way, I'm using the officially released iOS 11, not the betas.

If there is any other view in addition to tableView, also make sure tableView is on the top of that view(s), right under the Safe Area: 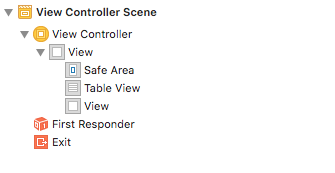 Good news! I've just figured out that if I set "Large Titles" to "Never" on the storyboard, and then set it via code, then it works:

Seems like Apple forgot to handle the case when the navigation item has its largeTitleDisplayMode set via the Interface Builder.

So until they fix this issue, leave "Large Titles" as "Never" on storyboards, and set them via code in viewDidLoad.

Or instead of changing anything in storyboard, do this:

No matter which language!

Solution: SETUP YOUR VIEWS (including navigationController stuff and tableView) inside loadView() NOT in viewDidLoad().

Guys I had the same problem. I was able to resolve this issue by adding following snippet on my first View Controller of Navigation Controller

It's an odd bug. The fix is to toggle OFF prefersLargeTitles in the storyboard and to set this in viewDidLoad of your nav controller's root vc:

TableView of its container should be at the top of ViewController's view hierarchy (RootView on screenshot). Otherwise it won't work. 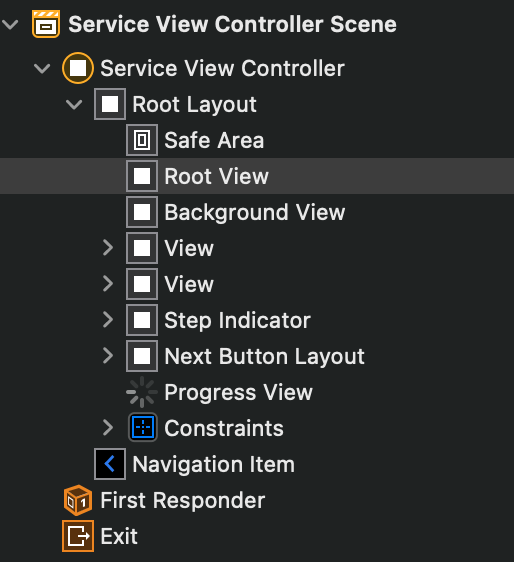 Not the answer you're looking for? Browse other questions tagged ios objective-c uikit ios11 or ask your own question.