What CPU is Azure App Service running on?

What processor is Microsoft App Service V1 running on?

V2 seems to be running on Dv2-series VMs:

However, what is the corresponding VM, CPU or performance of the previous compute iteration? What would (roughly) be the CPU performance difference between P1 and P1V2 (or for example between a 4-core P3 and a 2-core P2V2)? 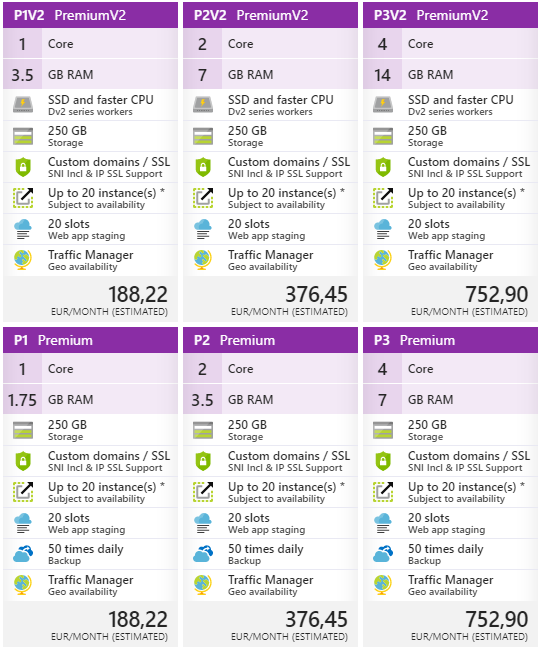 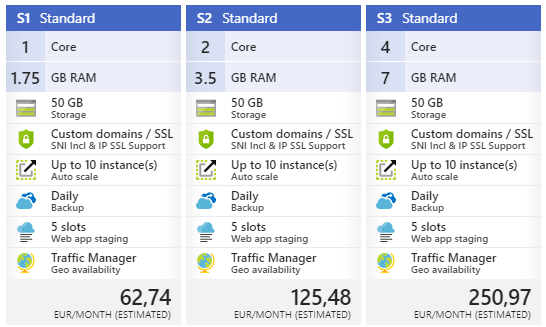 Edit According to this article - https://cloudspectator.com/microsoft-azure-dv2-vs-ds-comparison/ - Dv2 would be roughly 35% faster than Dv1 which would be roughly 60% faster than A (https://cloudspectator.com/wp-content/uploads/report/generational-performance-comparison-microsoft-azures-a-series-and-d-series.pdf) which is used in the V1 app services as stated in the accepted answer

Not the answer you're looking for? Browse other questions tagged azure-web-sites azure-app-service-plans or ask your own question.