Measure of uniformity / homogeniy in an Image c++, opencv

I would like to use a metric which would be a good representation of the homogeneity / uniformity in a Gray - Scale image.

This is an example of a non uniform image:

This is an example of a uniform image:

any thoughts on what would be a good solution ??

EDIT: The images don't have a constant scale i.e. the width and the height of the image is varying. To add more context. I am using this on a project to differentiate between a bus and a truck from a side view pov. So the two images that I have added is a region between the two wheels for the truck and the bus. What I have observed is that the region will be uniform for a bus and non uniform for a truck. To define the region more precisely its width is equal to the distance between two wheels and height is equal to the height of the complete wheel. Why I am using this region: because I am receiving gray scale images of the buses and trucks. It is not necessary that the entire vehicle fits into the image i.e. it is quite possible that the top part of vehicle i.e. slightly above window might be not available to me that is why this approach.

Attached images here are in RGB whereas the images that I am receiving for a project are in Gray Scale. It is not necessary that I will receive images of the full vehicle. The below images are best possible scenario for me. 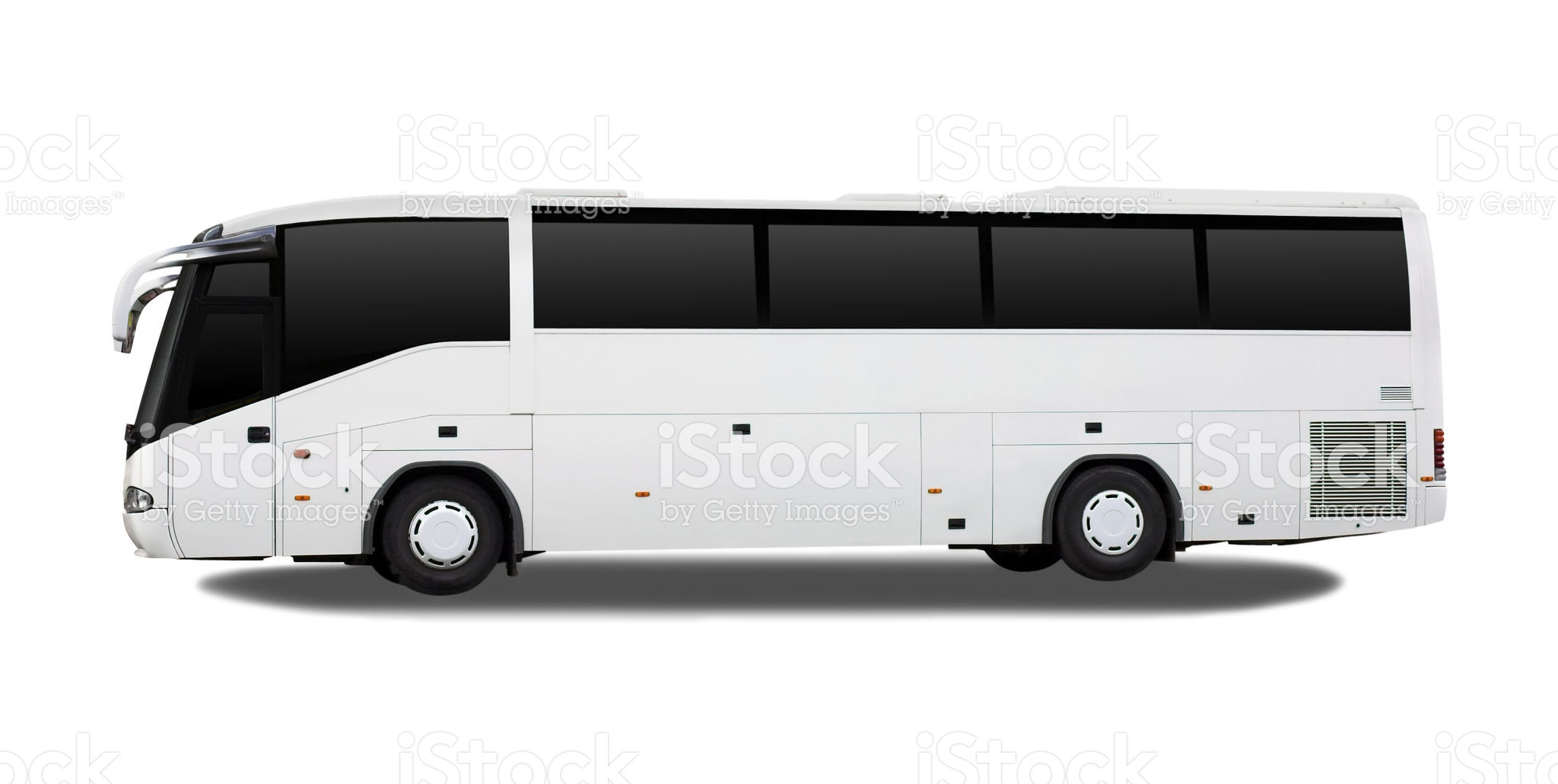 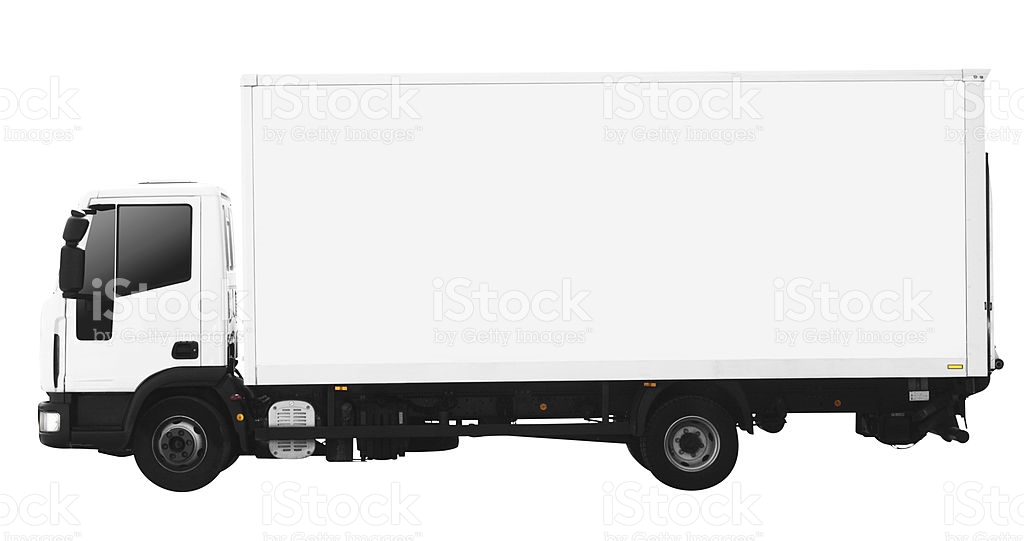 However these regions are not constant and depend on the size of the bus and truck. So I would like to measure the uniformity in those regions using a metric.

One method (slightly naïve) that would test for local homogeneity across the image would be to repeatedly blur the image and sum the (absolute or square) differences between the most recent blur and the one before it. For example with your first two images, the repeated blurring would be changing the gradient-like image very little, whereas the change would be much larger in each succession for the first while with the first image. Consider this Python program:

So we can see here that sum of square differences between the last two blurs of the uniform image is 33 times smaller than that of the non-uniform image.

Another metric could be made by setting a threshold and seeing how many blurs it takes until the difference gets below it:

You can read these values like "number of blurs until homogeneity." If you make the threshold even smaller, say 0.01, then in fact a single run of the while loop (i.e. two blurs) gets the image you've said is mostly homogeneous under the threshold. In this example, the ratio between the two is about 16.

If you plot the SSD for each successive blur from the above approaches you'll see something like this: 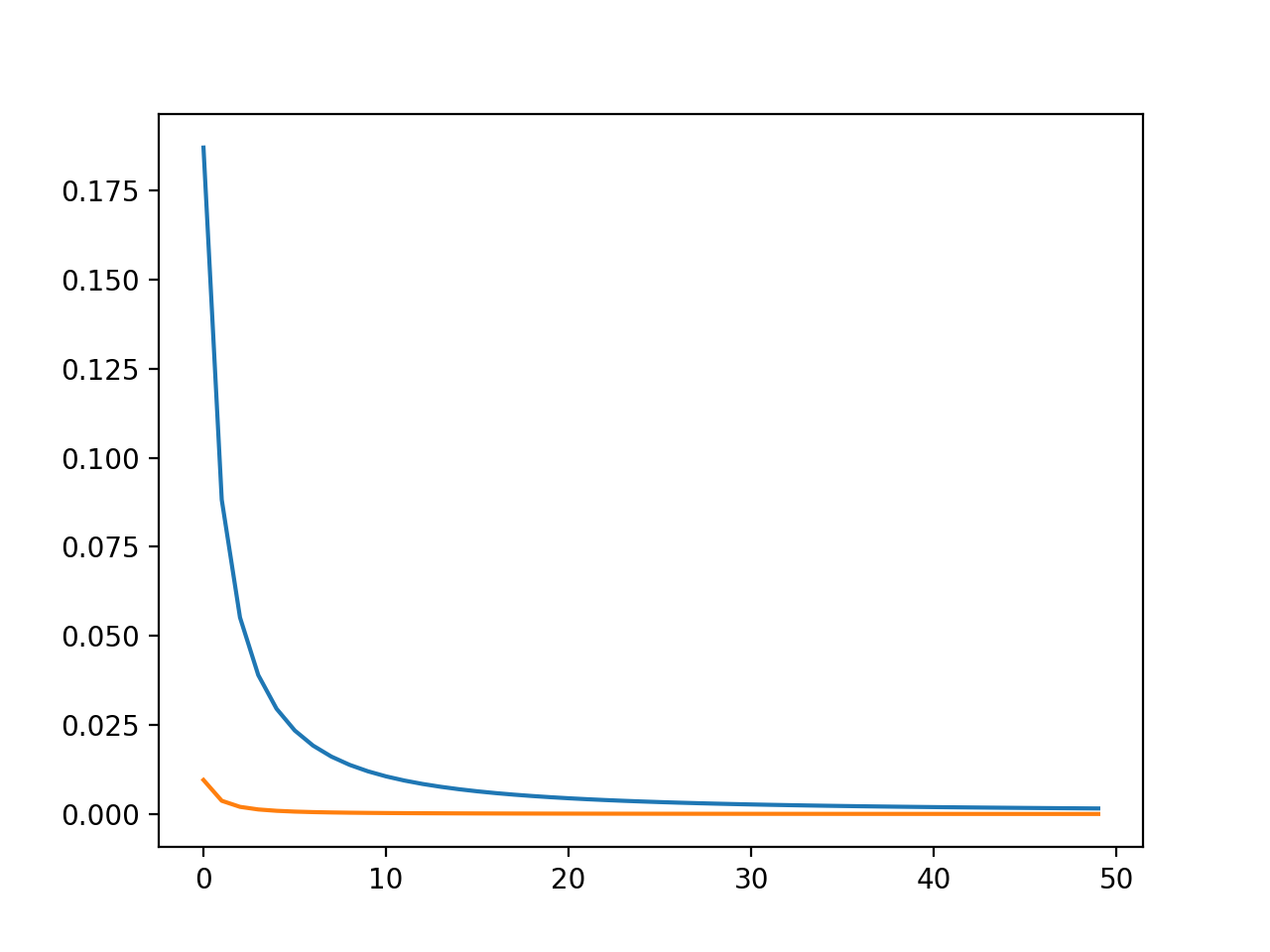 It's quite clear here that one of these lines sits on top of the other. Of course, the less-uniform image has a higher summed difference between each blur and it should more or less stay on top, especially in the beginning. The first method is akin to drawing a vertical line at some number of iterations and taking the min at that location would correspond to the more homogenous image. The second method is akin to drawing a horizontal line and saying "whichever line hits this first is the homogeneous one." Different direction, similar idea. Yet another idea along the same line: you could check the difference between the change in SSD. This is as simple as "whenever the slope becomes mostly horizontal between two points, the image is homogenous." And that of course happens very early in the number of iterations.

Another popular method with blurring is to take the difference of two different blurs; aka Difference of Gaussians as Kamil mentioned. This method is used sometimes to find edges in images; if there's a big difference between two blurs, it's because there's some differing responses to the blur at some point in the image, like an edge. But if they more or less blur similarly, then the image is quite smooth.

And here the ratio is around 20.

So all of these methods produce at least an order of magnitude difference between them, which should be easily detectable. But the difficulty can lie in what parameters to choose, what the standard deviation of the Gaussian should be, the size of the window, etc. You can try to base them off the size, e.g. taking Gaussian windows which are a fraction of the image size.

NOTE: Here I didn't bother scaling for the image size; you should divide all of the sums by the number of pixels in the image (i.e. taking an average) to get it to be scale invariant.

It would change our image intensity domain to frequency domain. If you calculate magnitudes of transformation result it will produce an image like this (below image and result example):

Below i attached two images - less uniform on left and more uniform on right side. You can see difference in frequency domain below:

You can compute signal to noise ratio with signal situated near center of an image (as a percentage of image size). That ratio could be easilly used as a metric. FFT approach is well described here: https://books.google.pl/books?id=97QebyNxyaYC&pg=PA51&lpg=PA51&dq=2dFFT+extract+mean+value&source=bl&ots=wV8kc-TrI-&sig=N35TiT3aI5HCYjop6_ORxCpBPMk&hl=pl&sa=X&ved=0ahUKEwikzP7VkMXWAhWCA5oKHfKEDVcQ6AEIMTAB#v=onepage&q=2dFFT%20extract%20mean%20value&f=false

Similar results could be achieved by calculating DoG image (difference of gaussians) with large window, and then use mean image value as a metric (the less value the more uniform image is).

The more diversity is in the image, the higher the computed value would be - this should give a rough estimate of the homogeneity / uniformity of the image.

Not the answer you're looking for? Browse other questions tagged c++ opencv image-processing opencv3.0 or ask your own question.

0
How to check color-uniformity of a region?
1772
Image Processing: Algorithm Improvement for 'Coca-Cola Can' Recognition
21
Estimate Brightness of an image Opencv
138
Get Image size WITHOUT loading image into memory
0
Matlab image processing build region connections
1
How to convert an image to a 0-255 grey scale image
2
Image is multiplied three times in OpenCV, what causes this?
1
sattelite image classification Opencv