Every time I type an existing component name WebStorm imports it automatically for me, which is awesome, but it is doing so by its relative path based on the file I'm doing the importation on.

I already setup my .env.local file with the NODE_PATH=src/ variable, I've used create-react-app to setup the project.

EDIT: I'm not having problems with the importations. What I want to know is if there is a way to configure WebStorm so it automatically does the importations with absolute instead of relative paths.

Found it (WebStorm 2017.2), after marking your source directory (ex. /src) as the source root (right click it to find that), you can then check this box: 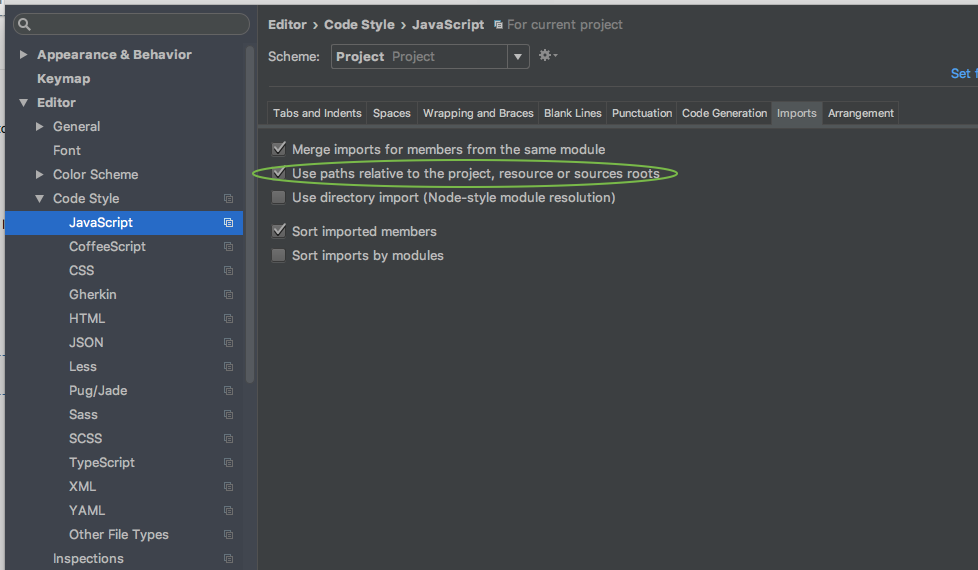 For anyone using Typescript. Check the option Use paths relative to tsconfig.json in Editor > Code Style > Typescript

Not the answer you're looking for? Browse other questions tagged reactjs webstorm jetbrains-ide create-react-app or ask your own question.