Is it possible to pass an Automator variable into a shell script?

The previous action's output is automatically passed to a Run Shell Script action.

By default, the data is passed via stdin, however.

If you want it passed as arguments ($1, $2, ... - also accessible as an array via $@) instead, select as arguments from the Pass input: list on the right, as illustrated here:

In this example, the selected Finder items are passed as POSIX-style paths to the shell script.

That said, having a shell script process the data via stdin (using read -r in a loop) works, too: 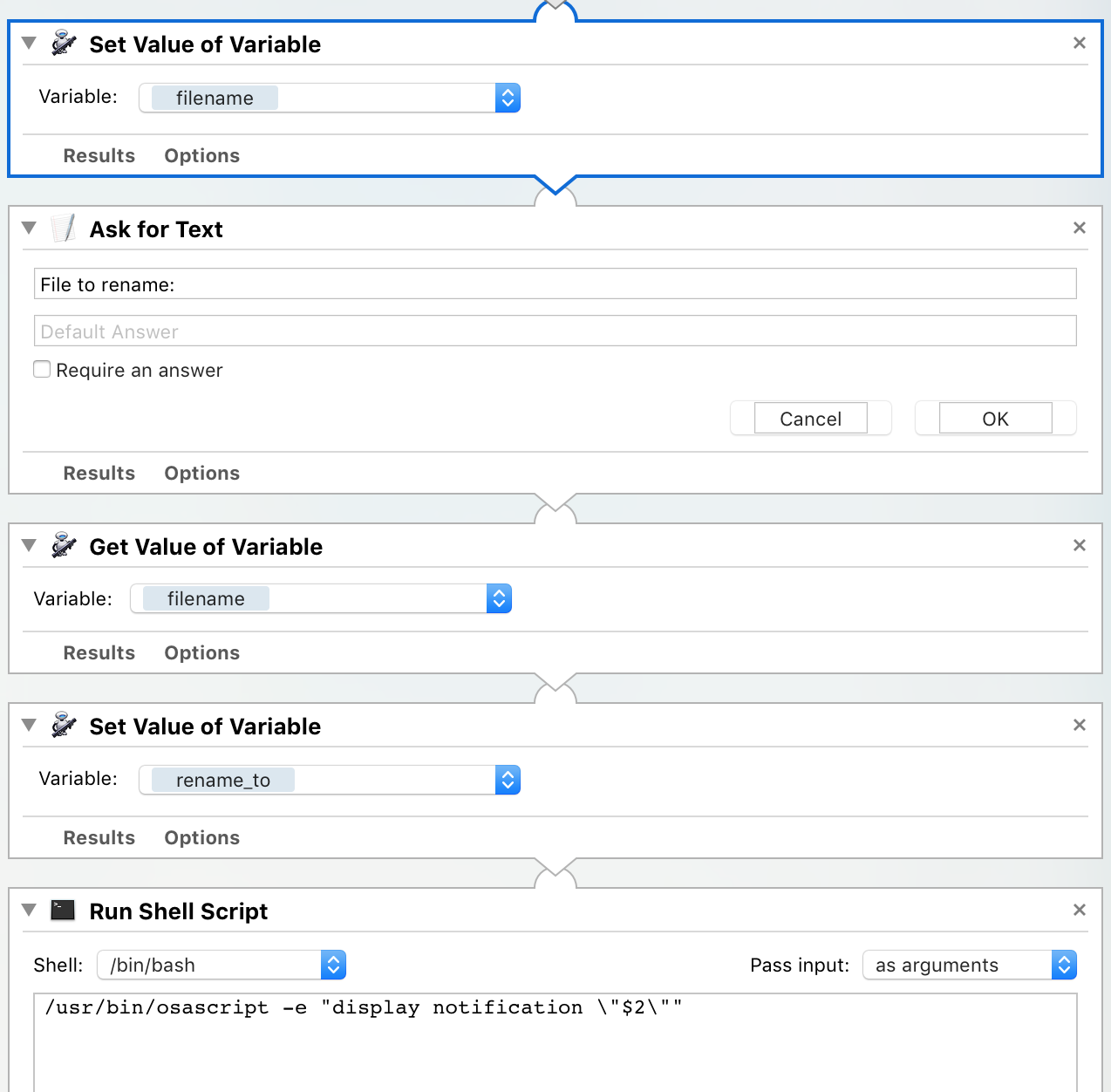 Not the answer you're looking for? Browse other questions tagged macos shell unix automator or ask your own question.