I am unable to solve the flake8 SyntaxError and although the code executes just fine. 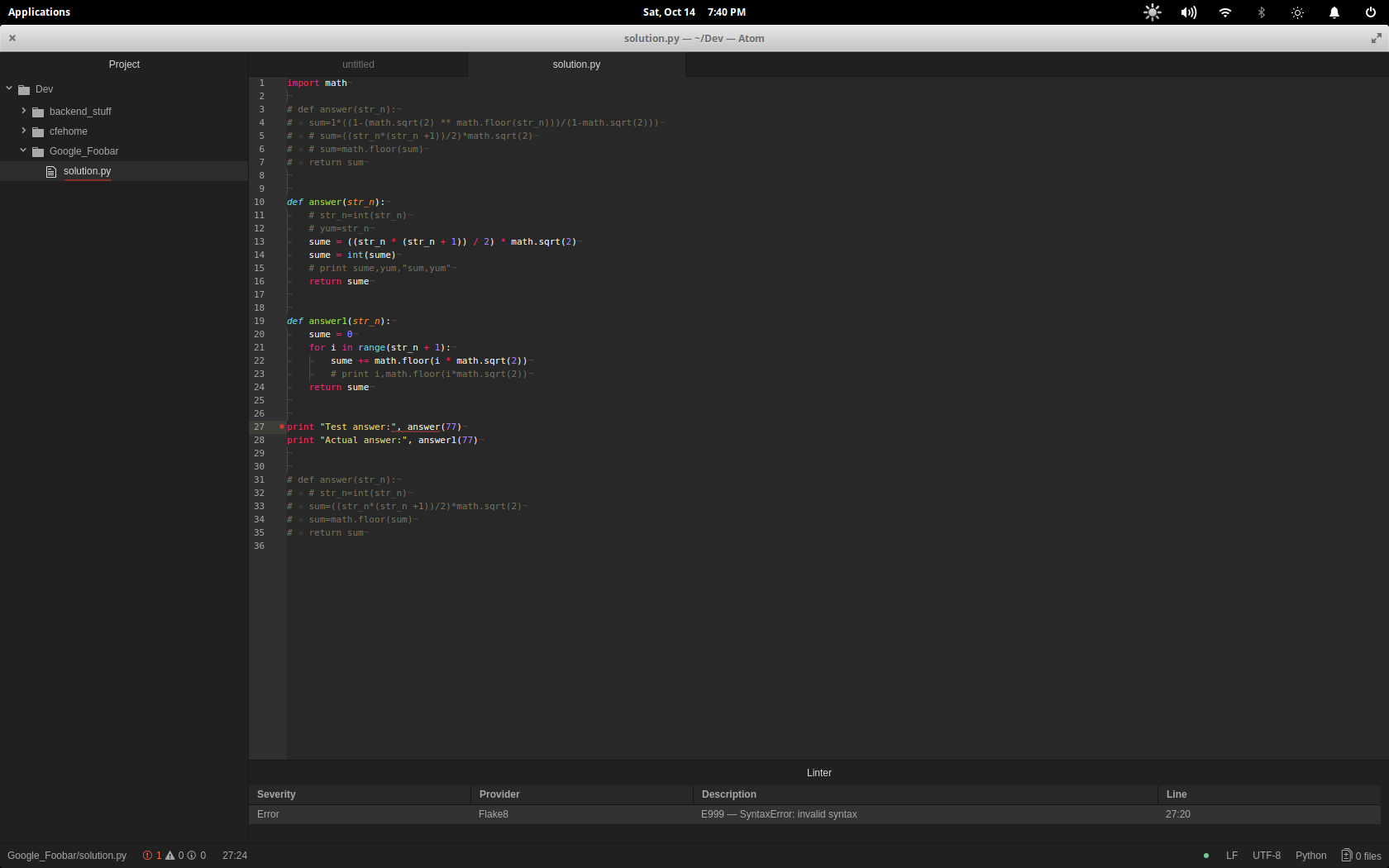 pip will tell you that flake8 script hasn't been added to path and print path to it (/Library/Frameworks/Python.framework/Versions/2.7/bin/ in my case)

2) tune your IDE (Atom/PyCharm/etc) to use this script with your default Python 2.7 (my example is from PyCharm @ MacOS):

It will work correctly without reporting E999.has

As @jonrsharpe says, and I agree, this is because the code is being run in Python 2, but linted in Python 3.

From the flake8 documentation on error codes:

We report E999 when we fail to compile a file into an Abstract Syntax Tree for the plugins that require it.

So to prove this is correct, using a file called bad_syntax.py and using the same print syntax as above:

When I run this with Python 2, everything is happy:

Linting with flake8 invoked with a Python 2 environment also passes.

Not the answer you're looking for? Browse other questions tagged python flake8 or ask your own question.

2
Python mpmath not arbitrary precision?
2
How can I Configure linter-flake8 on Atom?
0
Atom package linter-flake8 not showing output
0
Storing correct answers and keeping track
108
Flake8: Ignore specific warning for entire file
0
Trouble with Flake8 and atom
0
Getting error when running flake 8 on Atom